Easy to drive, i.e. my phone can do it on its own rather than needing some dafty offboard amp.

Must be expandable to fit my massive head. I’m talking a seriously huge gourd here.

Preferably with a single, detachable cable to one ear.

Finally it would be nice if they folded over for chucking in a bag, but it’s not essential.

I’ve got a pair of the Sennheiser HD558s, which I can drive fine from my phone. Also fit over my equally massive head.

Thanks folks - I shall endeavour to try both types of Senns chez John Lewis etc.

I have a love affair with Beyer DT 990 Pro headphones, durable and sound great.

Investigate Ultrasone’s range I have some 750pros and for the types of music I listen to (mainly edm, rock and some weird outliers) they are amazing - the bass response from them is fantastic so if you like a bit of dub they are perfect. If however you listen to opera or female vocal they aren’t really comfortable.

If I were you, especially with phone use I’d be looking at some of sure’s range of in ears. They are designed to work with portable devices and have far better isolation than even the best closed back over the ears unless you want to start mucking about with noise cancelling - which you don’t.

I got some Phonon SMB-02 off Jack @Ciderpig but I’m not sure if he is still selling them, having lugholes like Prince Charles they fit fine and sound much better than the Sennheiser Momentums they replaced.

Not the most glamorous looking but they do sound great 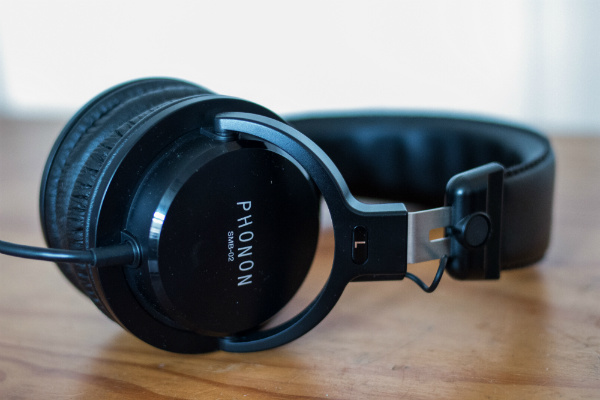 All sorted now, many thanks to @chelseadave

Are there any really good closed headphones? I’ve had a few pairs, and they have always lacked dynamic freedom to me, open ones seem so much faster. Are the likes of these momentums that good?

A long time ago I had a very nice pair of Beyers like @ICHM recommends above, but they were open, and I got a lot of negative feedback from colleagues about noise leakage. I’ve stuck with closed back ever since.

The Momentums are better than anything I’ve had in a long time, but how they compare with the long lost Beyers, or other open back headphones, I couldn’t tell you.

At some stage I should find somewhere where I can try loads out. Shows just never seem to coincide with when I want to buy a pair

There’s a dealer on the Wam that does just headphones. They’ve got shitoads on dem.

I can’t remember the name though

The general rule of thumb I heard was that for the same quality sound, you pay twice as much for closed back as for open back headphones. Not got the personal experience to comment on the merits of that sentiment though, and I suspect it was from before good quality in-ears became available.

The general rule of thumb I heard was that for the same quality sound, you pay twice as much for closed back as for open back headphones