Now that I have a Hana SL, I am using blue tack on my stock Technics headshell to get the necessary tracking force.

This makes my teeth itch.

I am after a replacement headshell with cables which needs to weigh more than 10g.

Does anyone have a recommendation?

Yes, I could just put a headshell weight on it…

It’s worth putting the guard on the Hana & seeing how heavy a weight your counterweight can accommodate.

This ADC is in Brizzle

It's in very good condition as you can see.

Do hana sell the copper damping plate thing from the ML separately? Do I need to cnc some?

No. And it’s glued on (sometimes not that well) Mine came off so I araldited it on more securely

But you could cnc a copper plate profiled to fit the SL bodyshape. Should I send you a dead cartridge to get the profile? Alternatively I have spare gunmetal to make from!

I have a hana sl

(and blob of blu tack

If anybody does knock up a few SL damping plates, I’d happily chip in for one.

Might be worth making a 5g spacer to see. The SL is a pretty light cartridge although I haven’t found any serious issues in heavy arms but I haven’t tried one with a heavy shell like the Orsonic. I imagine there’d be some limit to how much eff mass you could have before the suspension started being excited by ripples/warps in the vinyl.

I have a techno weight on the Rega, I lost the small weight and the sl being light needed a bit of extra mass.

However gunmetal/copper damping things seem like a must have.

I haven’t tried one with a heavy shell like the Orsonic.

I tried the Hana SL on an Orsonic, hanging off the end of an SME3012R and thought it sounded pretty decent without any issues.

I could do with one for my Zyx.

Orsonic are quite spendy arent they!

I use a oyaide Carbon one. But the ML is heavier, as above, so maybe not be enough.
Had the same issue with the SL.

I have a Clearaudio Stability spare that I used with the SL as a heavier option.

Hmmm, that weighs just under 19g. I will find some more blue tack and experiment

I placed a 9-10g lump of blue tack on the headshell and added the smaller extra tonearm weight. With that set up, 2g of tracking force is easily achievable without reaching the extremes of the tonearm weight adjustment.

How will the extra mass affect the behaviour of the stylus, I wonder?

It’s 16 with the leads.
The quoted weights are all over the place and they are often confused with the titanium one (mine is alu).

I’ve found myself wondering more than once who made the old arm tube clip weights? I’ve had several over the years, I can’t bring much technical insight into the nature of tube damping and mass shifting as I am simple in the head, but I do prefer them to bunging bluetack about — Anyone know much about them? 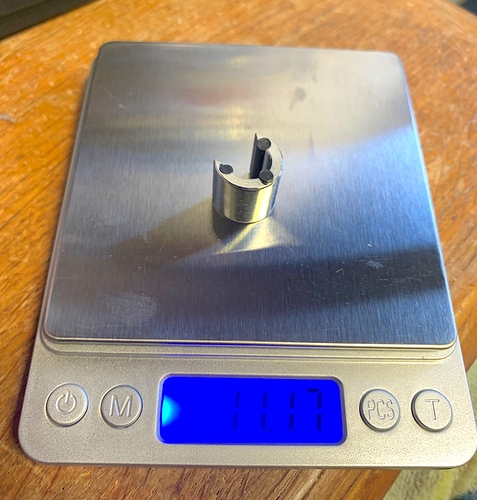 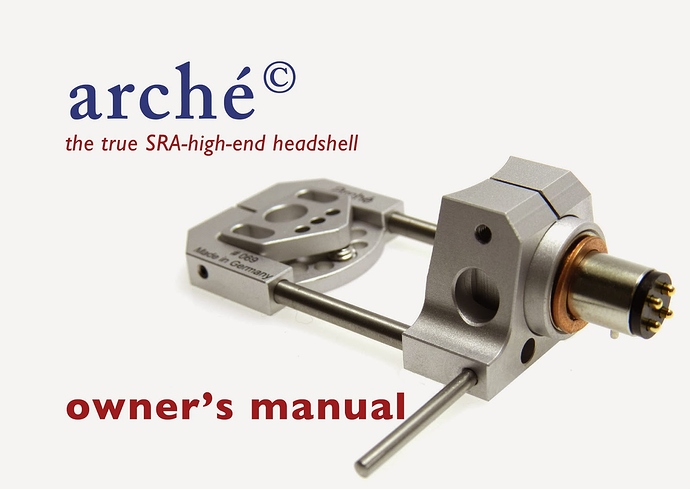 If OCD ever needed a helping hand, the Arche would be warming up on the subs bench.
Maximum faff can be had with it’s umpteen allen keys, inserts settings and ‘bits’. I love it. Heavy thing though 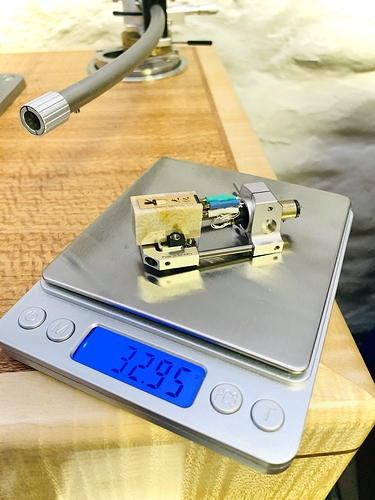 I also have one of these, around 17g