A few months back we were discussing the MOFi analogue / digital debacle and a brief mention was made of 'Hot Stampers." Gratefully this side topic didn’t develop but today I was alerted to the piece below and thought it might illustrate what 'Better Records" are up to. In short they say certain stampers of particular recordings sound better…

OK, this may well have some meat on the bone. The trouble with this multi hundred dollar an LP theory is unless all the matrix variations compared in the ‘shoot out’ were still sealed / unplayed the ‘differences’ you may hear could simply be put down to basic wear… *There is a film of Tom Port half way down the article - perhaps you will enjoy his Shun Mook attenuators or ceiling cables ? He is grumpy and opinionated - I guess he needs an invite?

Is there any debate about whether this is true? My own sample of experience draws me to the same conclusion.

The video where he’s apparently blind sampling 3 different pressings of Tapestry is familiar as I’ve done much the same and many others have sat with me listening to various copies of LA Woman, Hunky Dory etc and the differences don’t require any golden type ears to appreciate.

I guess the reason why a lot of people don’t like him is because having sampled the finest wines he then dismisses everything else as something less than mouthwash and that doesn’t leave much room for most peoples tastes and wallets.

What AP do to my mind is produce a high quality product and for most of their time, do this at a price which most hobbyists can afford, which means they are putting the experience of a well mastered and pressed reissue in the hands of many vs the few. In the market there’s a place for both of them but I can see why they don’t like each other.

He is grumpy and opinionated

There’s no shortage of those in the world, numbering as many as there are passive aggressive introverts, self appointed grammar nazis, OCD control freaks and so on.

Is there any debate about whether this is true?

No, there is meat on this bone. Stampers wear out during the pressing process, there are differences between cut lacquers prior to that and the plating process, handling, vinyl properties etc etc (This is also true of todays reissues).

Certainly there are ‘Hot’ stampers (This is often volume related, See Rubber Soul -1 // -1 loud cut) The issue I have is unless you have all the variants in unplayed condition to start with what you may deem ‘Best’ might simply be down to: Poor storage, cleanliness, previous owners tracking force, alignment, Styli condition etc etc.

In short, the ‘sampling’ is skewed. To say the ‘best pressing of this or that’ as a recommendation is often tricky. I do agree with him that many well pressed original recordings do sound superior to subsequent audiophile re issues (Who ever presses them)

If you look at ERC for example. Yes, 90% of the time their output is excellent but what are they using to make this faithful pressing? Vintage equipment which at the time of the original release was new! The pressing plants were new! There were engineers galore to hand and some of the best cutting, mastering, plating in the world at the time of the original release. Of course the tapes were new too! Then there was quality control. I’m not saying things like half speed mastering or ultra pure vinyl don’t make a difference, incrementally they do. But… it’s easy to pull out some £20 original stereo recordings that are considerably better if you know what you’re looking for. 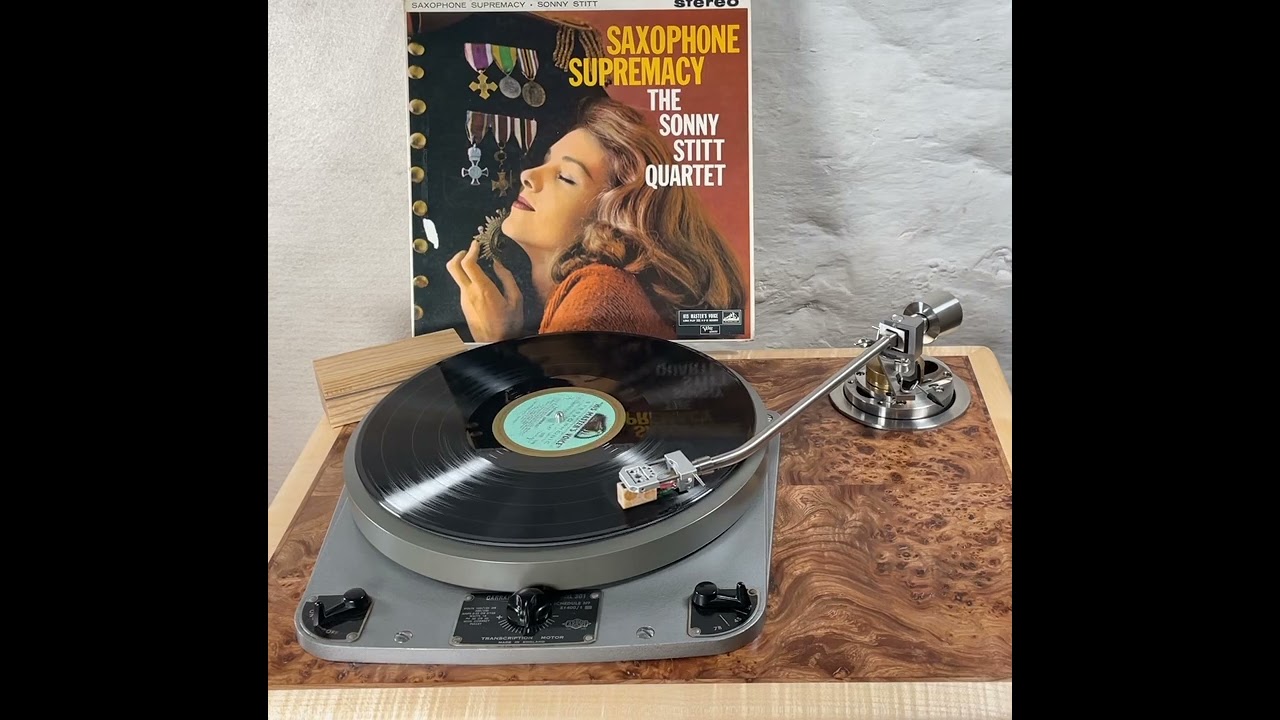 Why does this record sound half decent ‘in room’ (SQ is shite thanks to digi / youtube) During the introduction of Stereo (57 ish through to 63ish) the major labels decided the new fangled format was best suited to ‘Serious music’ (Jazz and classical, pop was for skint teenagers and Dansette’s) To this end they threw excellent minds and the equivalent of millions into achieving the very best possible sound to create a truly memorable experience (Consider RCA’s brand ‘Living Stereo’ or Mercury’s ‘Living Presence’ to note their goal)
Obviously they wanted to make something they could profit from and in order to convince people to go out and buy another speaker / amp / cart etc they had to make every effort to ensure a ‘magical experience’ for the potential customer / listener. Boutique pressings don’t have: 'New tapes / New equipment, the budget, the QC and the experience in many ways. That said, half speed, vinyl purity, etc can bring good results. The Stamper thing is shot through with holes but fair play to him (Even though a lot of people I know in the record game have sold to better records and he often returns even unplayed records which is a frustration as you know he played it!

I agree with hot stampers, they exist. I’d take the 50th press off a third stamper over the 20000th press of an earlier stamper. All would still be first press. Would I pay his prices for a hot stampers, nope. Sometimes you’ll find that a foreign first press can be that hot stamper, this tends to leave the collectors out of the equation as it’s not, as an example, a UK first press. Thus, assume hot stampers are relatively inexpensive. As Matt says, hot stampers can and are often just down to the engineer in that process.

A good example is Led Zep, on one of their albums there was an elusive search for a pressing that sounded good (sq and led zep aren’t a happy marriage) and for years the debate raged between UK pressings and US pressings from certain plants. Then someone said the red label Canadian pressing sounded best, the price of that red label increased as those working best SQ bought it, but the collectors still valued UK and US pressings more.

As for later presses, it’s rare to find one that is better than a 1st, it’s all down to the sound engineers in the process and how they made the cut.

Electric Ladyland is a good example. The groove on the first pressing is markedly longer than the much later audiophile Pressing and resultant sq, especially on watchtower and VC ,(the inner most two tracks) is far superior. That engineer used all that extra groove length on the last two tracks, he knew what he was doing.

Queue old adage about why you pay for an engineer with a hammer. You pay because the good one knows where to hit

Often some of the first pressings to be made from a 1st stamper are test pressings (White label / Demo / review copies etc) In some cases however they are worse… A test pressing is a ‘test’ if there’s an issue they have to go back through the plating process etc etc. What I’m poorly driving at here is just a small element of why it can be tricky to arrive at an absolute ‘truth’ regarding a specific stamper (As denoted by matrix markings) and what universally sounds ‘best,’ particularly when comparing used records.

Maybe try those newfangled CDs, each one is identical

You’re not going to catch many fish with that bait sonny.

True that, can’t remember the album I was investigating last month, but the first press turned out to be the fifth, the first 4 have failed quality control. Have a feeling that was LZ 4, can’t remember.

You made an investigation only last week but can’t now remember what you were investigating!

Maybe a break from drinking is in order?

Edit: Fucking hell, last month. I can’t read. All is well then. A month is more acceptable.

Maybe a break from drinking is in order?

Maybe try those newfangled CDs, each one is identical 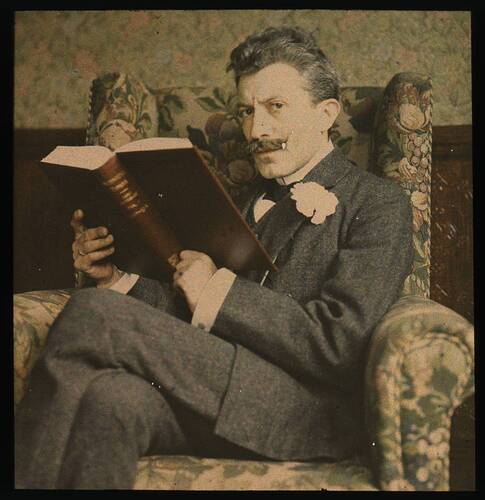 Having only bothered replying to this thread cos I’m pished and, therefore, my input is bollocks… But I seriously ask this question

Do you have pitch perfect hearing?
If the answer is yes, then do you have the most incredible kit than can provide the bestest sound ever
If no to the first question, then how will you ever know?
Just asking as my hearing is fecked and I’m not sure if I could tell the difference

Congrats, it’s much cheaper this way!

Anyone can hear differences, it’s just a matter of whether you care that much.

My friend has perfect pitch, and he uses a CD player, which has pitch control.

I have perfect pitch and a 401 when properly set on the strobe is definitely good enough.

However, I would rather have hundreds of musically interesting records with possibly suboptimal audio quality than one good DSTOM.

OK, so I guess you all know what I mean, but unless you have PERFECT hearing, then how would you know?
Or am I missing the point?