I don't suppose you could lend me 'Cabaret' on DVD or Blu-Ray could you?

So on Jan 9th my local film club will screen ‘Cabaret’ (Bob Fosse, Liza Minnelli et al) and I am tasked with finding a good quality digital source disc. It could be DVD, but Blu-Ray would be my preference. Our Arts Centre venue has a nice new pro-quality HD projector and a 6m screen, so image quality matters.

Several digital transfers both to DVD and Blu-Ray have been made. But I’ve checked with the BFI and with Fopp and they tell me that there is nothing in current production. The DVD has been unavailable since Feb 2018.

Since it’s unavailable, Amazon themselves don’t sell it either. But there are third-party re-sellers on the Amazon platform and on eBay who claim to have new copies. Maybe some do. But I fear others have a bank of machines in a warehouse a long way east of here churning out poor quality copies. I say this because I bought a ‘new’ Blu-Ray that way and the image is pretty rough. Here’s a phone-snap photo of Liza Minellli’s arm, taken so close to the screen that you can see the individual pixels from my projector and also the sharp shadow of my phone 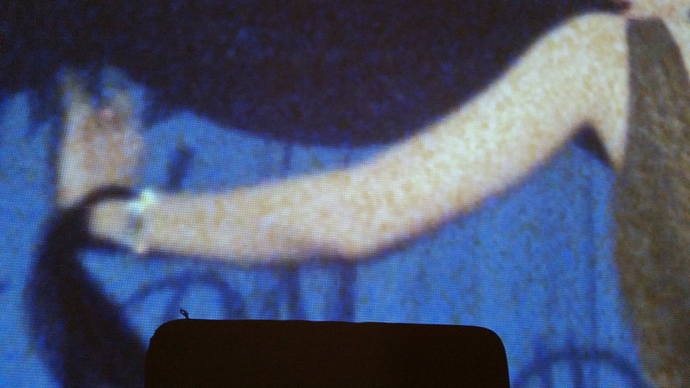 You can also see blotchy brown freckles both on Ms Minnelli and on the blue curtain behind her. I’m pretty sure that Warner Brothers would not have accepted an image that poor. In other places there are what look like digital artefacts arising from poor intensity and/or colour resolution. I’m very sceptical.

So I’m asking on the off chance that anyone here has a kosher copy and could lend it to me for a few weeks. I’d send it back with a tenner plus postage costs. Otherwise I’ve got to start trawling the charity shops …

I’ve got “Aliens Versus Predator” if it’s any help

I think even our audience might notice the difference. Anyway, we’ve already arranged the licence for Cabaret. Various people have covered the songs - maybe I should just string a few vids together

I was afraid someone would suggest suspenders …

You got PM. I think! Possibly twice. The PM system on here is awful.

TOC is available, also has his own sussies

TOC is available, also has his own sussies

The answer will probably be terrifying/disgusting, but how the feck do you know?

If I tell you… 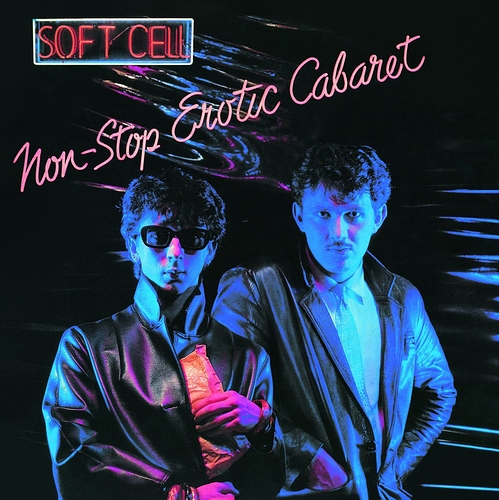 Already got it thanks

Are you still looking

I’ve been in touch with @mibby and on the basis of his good experience of a US release and bad experiences of European ones I’ve ordered a US version from eBay (not a current one but one that’s been in this country unopened for a long time). It won’t be here until after Christmas though, so I won’t know how it turns out until then. There are good versions out there though. The DVD Beaver stills look excellent and the reviewer says of the image that “There is no noise at all” http://www.dvdbeaver.com/film4/blu-ray_reviews_58/cabaret_blu-ray.htm.

If this works out then I’m sorted. If it turns out that the only good versions are the Region A restricted ones (the one I’ve ordered is Region All) then I’ll be back on the hunt again.

I have a very good (not blu ray) special remastered anniversary version of Cabaret - but can I find it - buggered if I can - mid house move. But if still required I will intermittantly hunt over xmas period (have thousands of films)? Is this any help - let me know?

. There were 30th and 40th anniversary DVDs. I think the 40th anniversary one was based on the same transfer as the Blu-Ray, so the only quality differences should be down to the capabilities of the media and given the deliberately ‘thick’ and ‘hazy’ qualities of the original film they may not be very great.

I’m crossing my fingers that the Blu-Ray from eBay will be a good one, and if it is then the panic’s over. (If it’s not then it’s going back.) I should know before the New Year.

Just let me know - we can’t find anything these days including keys, glasses, dog, way home. . .

Another issue is that the original negatives were lost before being digitized, so the digital releases have been made from prints. The best one was a 1080p reconstruction in 2011, which cleans it up without eliminating the original intended graininess.