Has anybody ever had a Koetsu black or using one now?
What were your thoughts?
I’ve a thought to maybe try one, I’d like to be confident I’d like it before emptying the piggybank.
Cheers

Depends what you like really and the rest of your set up and musical taste. I find them good but not worth the premium but that’s probably down to what I play etc.

Classic case of YMMV. Definitely try before you buy and don’t buy unless you’ve got other references to compare to.

I have one, about 15 years old and standard spec from Koetsu. There are a lot that have been done by re-tipper’s or have had their cantilever replaced. Try to go for an original one, not re-tipped if you can.

Big fruity sound, lots of dynamics and deep bass in the right arm (note right arm). Oddly, modified Rega RB300’s seem to work well as well as the usual medium / high mass super arms. I like them as they are musical and not analytical at all costs. They track well and are pretty sturdy. The cartridge can be quite long and may not fit some arms.

The good thing about them is that so long as you don’t detroy it, you will get your money back when you sell, if you buy second hand.

I have one black and 5 Red/Rosewoods, I prefer them to the black, but not by much.

Make sure you get the box, as people want the box with it.

I do like the Supex / Koetsu sound, others find it too far off neutral and prefer Lyra, Ortofon, Audio Technica etc…, but then I look for great bass end and dynamics.

I’m not exactly sure about the Black. I think that possibly earlier ones were made in house but I feel others were outsourced for manufacture elsewhere & these even look slightly different. I’d say proper Koetsus start with the wood bodied ones. I’ve never been that taken with the Black (either version). 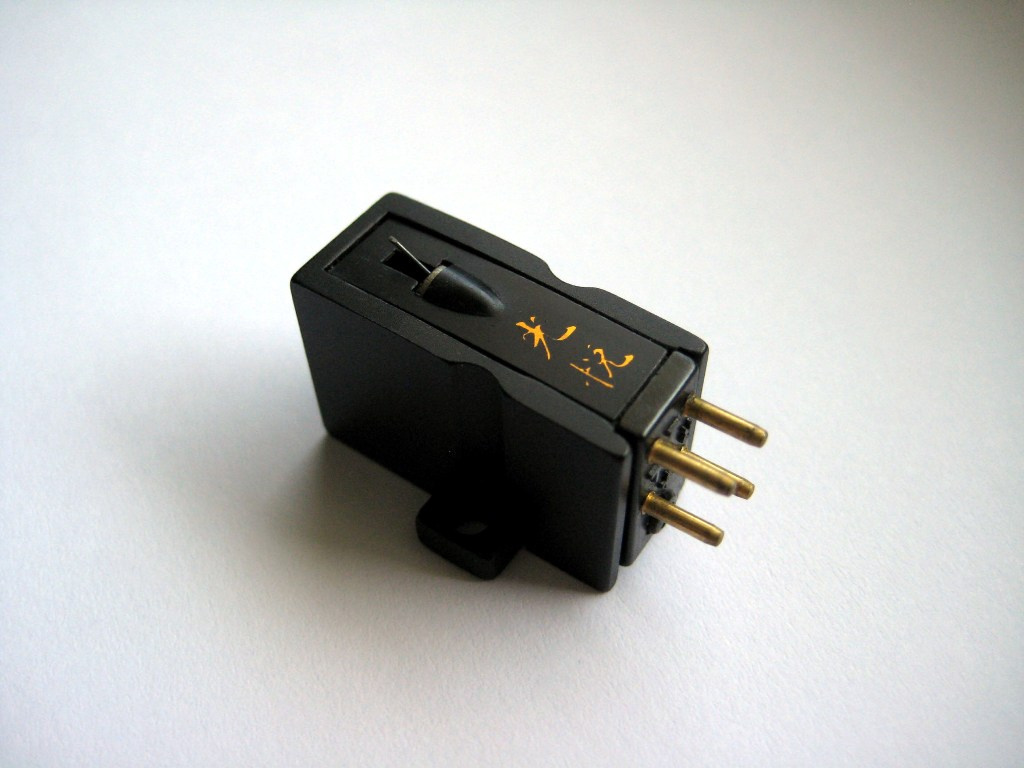 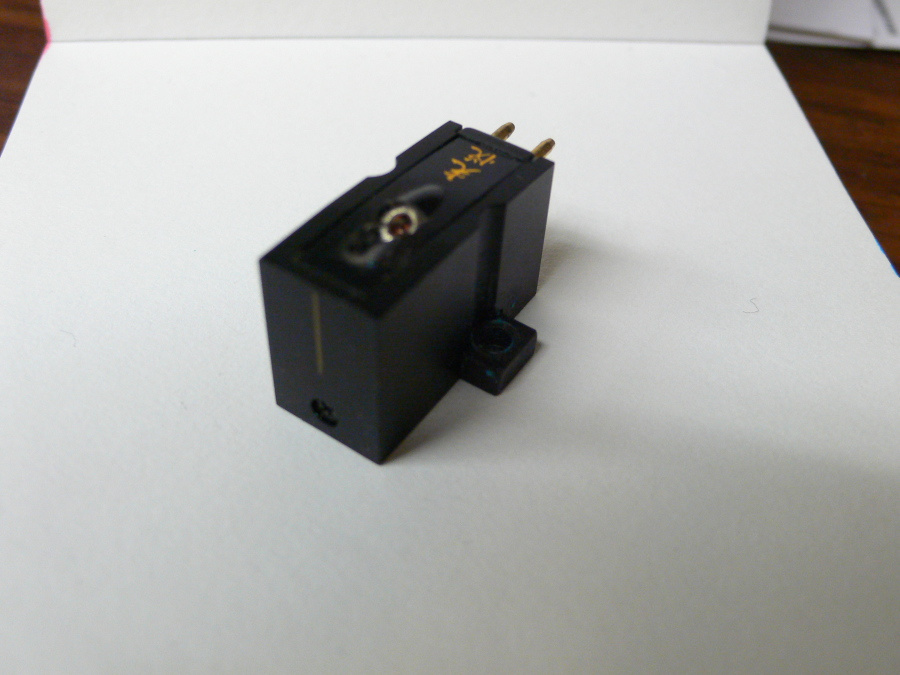 Later one made elsewhere 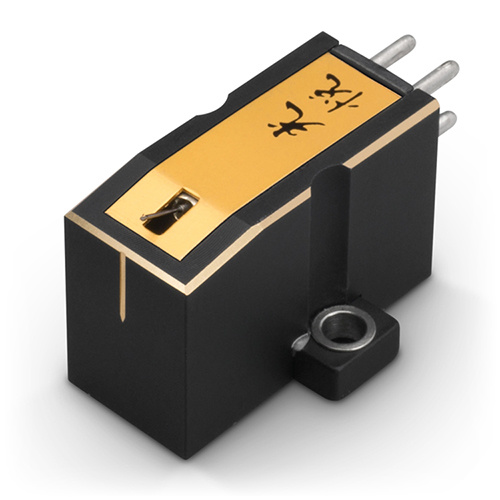 Note how body slopes up towards the front & gold coloured trim.
I’m sure I’ve seen one of this type with the label of the OEM supplier on it or its box.

How to ID true Koetsu Black made by Mr. Sugano, the father?

Interesting thread worthy of reference, thus adding my 2 cents worth. Bought in 1983 and retipped by vd Hul. 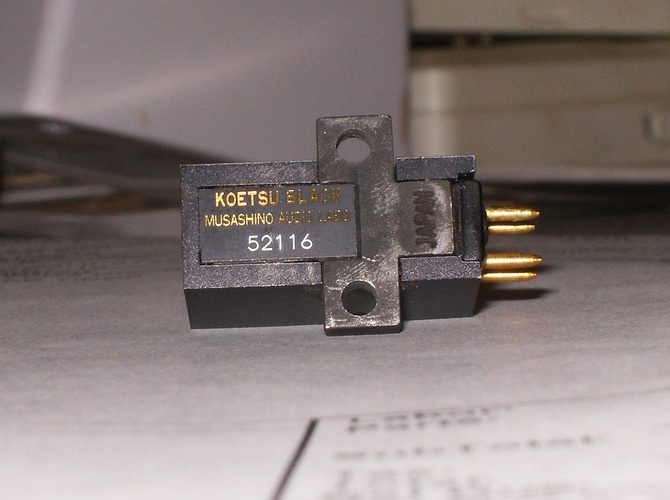 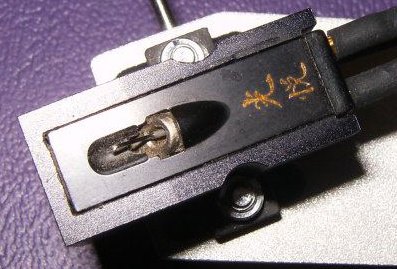 I had a Supex 900 for a long while and loved it but wasn’t that taken with KB. Agree though that the character is sufficiently different from the house sound (over specific cart) from the other manufacturers you mentioned.

I prefer Shelter, Dynavector and Transfiguration. And for something less spendy but very nice indeed the Hana SL.

Some useful info from the ‘What’s Best’ forum…

It does appear that Musashino were building the earlier ones.

"…I’d like to post my first ever Koetsu Black which I bought from an elder audiophile who in turn bought 2 units from a Hong Kong distributor Friden Marketing in the late 80s.

Having worn out the first, my friend used the second one for not very long till he decided to sell it and having heard that, I quickly snapped it amidst some other guy planning to outbid me in a dinner table gathering of audiophiles. The rule of law prevailed and I got it and marveled and savored at its beautiful sound until I decided to apply to be the country distributor of Koetsu in 2006.

Honestly I have no answer to Ki’s original posted question. Koetsu long before was company shrouded in mystery and enigma. Wooden non-sealed box, no paper tech specs, no seal, you’re lucky to get a metal of plastic cantilever/stylus protector (yes that is included always), and as I always told customers, the zen like smell of the wooden box is already half the price of what they paid for.

When I bought the Black, I was so giddy to be finally an owner of a Koetsu cartridge, as I have only heard one from a neighbor’s listening room long ago and was enamored with the sound and the mystique surrounding it. That neighbor had 2 Koetsus, Rosewood and Onyx. The Onyx was on reserve and not mounted. Not surprisingly, there were Koetsu critics, saying that highs were rolled off, bass was flabby and only the mids were worth listening to, that was in the 90s. But it didn’t deter me from buying the Black. Yes, it has the Musashino Audio mark on its top, with a serial number and here it is mounted on my ET2 arm wand. 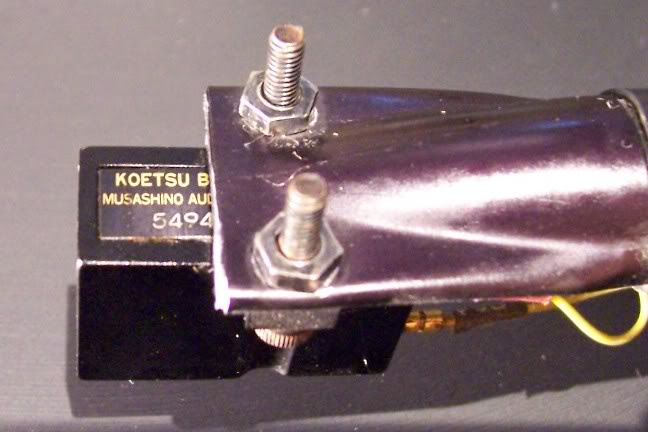 When I became the country distributor, the Black had a new look: 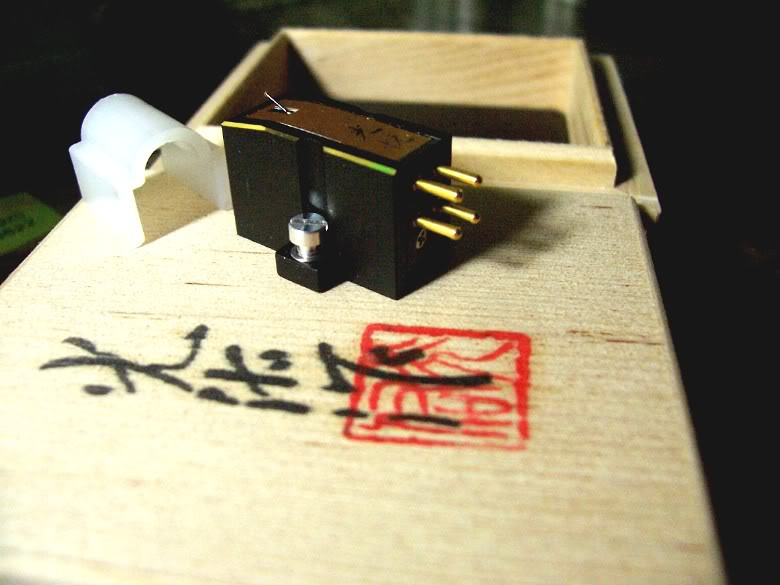 It had beveled bottom corners and a slanting base near the cantilever area, and of course, it looks ‘newer’. This is part of the new generation Koetsus made by Fumihiko Sugano. If one is looking for a more vintage one, then my advise is to search for a Black that had the Musashino mark. It had the classic Koetsu sound, and it would be safe to assume that the father Sugano had a hand in the innards of the cartridge, even if the body was OEMed by another Japanese manufacture, maybe he had difficulty ‘chiseling’ metal…"

I agree with Bob.

The Black has changed so much and so many are fucked with, that you have to be careful.

Thanks for info so far, much appreciated. The one I’ve seen is used.
I’ll ask for photos perhaps might throw a bit if light on which one it is.

Has half that headshell been sawn off with a blunt hacksaw?

Is it this one?

It bloody will one day, not right now as they are not cheap. £4,450? Waaaay too much for me at the moment.

Yep that’s the one that got me thinking,
He has sent me photos
It doesn’t look like the early one posted above.
It has chamfered sides with gold highlights with a black base plate.
He says he has had it from new and it’s never been repaired or retipped. But it is quite a bit more than prices mentioned here.

I wouldn’t pay anywhere near that much for a cartridge that you have to assume has less life left than being estimated in the advert, and certainly not without it first being inspected by someone I trust before any value or offer can be made.

You might be right it is a lot of cash

Scribble three noughts on one of your ART 1’s.

AA to the rescue
I’ll be leaving this one this time.
Thanks Bob for all the info and your guidance, and wayne for a sensible viewpoint.