Daughter wants to spend some of her birthday money on a laptop , we were looking at this as it has touch screen ,
I know nothing about computers , we chose that one as it’s the same as the force have given Mrs P for working from home.

Anything else worth considering or even if someone is moving someone around that price on?

She’s got an iPad , but really wants a laptop.

What does she need/want to do, that a laptop will do, and not a tablet?
Add a keyboard and mouse to the tablet?

The Lenovo looks fine. She’s only 9 - it will at least teach her Windows. If she doesn’t like the touchscreen (I don’t) then she doesn’t have to use it. It’s cheap - if she really likes Windows laptops she will want a better one when she’s 10!

Shes got a keyboard that attaches to her iPad mini. Think she just wants a laptop cos it’s a laptop !

Like Mibby says , will be good to get her used to windows.

This one doesn’t have touchscreen , better apart from that though ? 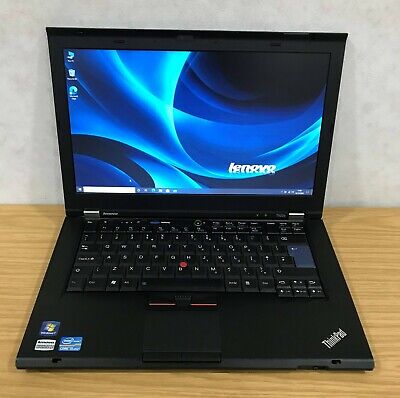 The one you posted above, is a very slow processor, with minimum ram.

My daughter (10) has a laptop but actually uses an all in one instead, which she much prefers. It has a 23" screen, and generally works really well. Son (14) uses one as well. 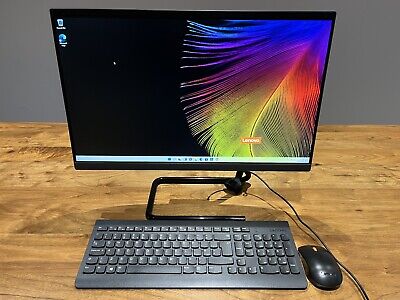 Find many great new & used options and get the best deals for Lenovo IdeaCentre A340 24IWL 23.8" Core i3 128GB SSD 1TB HDD 8GB All-In One PC at the best online prices at eBay! Free delivery for many products!

The 23" touch screens are great

Are they literally just a mini laptop ?
See I wasn’t kidding when I said I know nothing about computers!

No - they use Google Chrome as the operating system, not windows. She would be better off learning Windows.

She would be better off learning Windows.

Agree with this as there’s a good chance they’ll be using Chromebooks for things at school (my son certainly is) so they’ll have that platform covered. I tend to say ‘anything Lenovo’ in situations like this; my son hasn’t killed his, which augers to it being pretty tough!

With a Chromebook she would largely be using Google apps, which does work well for kids. Windows gives more flexibility, and the parental controls work well.

School stuff will definitely work on the Windows machine. Both my kids’ schools use Google classroom to some extent, which will work with either, although the secondary school stuff is done on their iPad (provided by the school).

My 10 year old plays Roblox and Genshin Impact, which work on Windows and probably on Chromebook as well. Get used to the idea of spending money on software frills.

This looks perfect for what I’m after… My current lenovo is ridiculously slow.

It’s only a second generation processor (you can tell by the model number i5-2520m - the first of the 4 digits is the generation). That’s fairly old, and so the onboard graphics will be old as well. I would go for a newer i3 over an older i5. My 10th generation i3 absolutely wipes the floor with the 5th generation i5, as everything around the processor is so much faster.

But yeah, get 8gb memory and an SSD.

Distract her with pictures of ponies. She will soon forget about laptops.