A week today I’m going to be driving from Plymouth to Gretna. We’re hoping to depart at 6am where will I be around midday.
I’m hoping our 6 year old will sleep and I can get as far up the road as possible.

Closest guess gets half of a Cambridge audio Atlantic interconnect.

You should be up near Carlisle with about half an hour to go.
I did Lancaster in 5 hours not that long ago & not really pushing it. I didn’t stop anywhere though.

Fingers crossed you’re right. ( And that Marley sleeps most of the way or she’s occupied with snacks and downloads on Netflix! )

Just get Coco to drive you. Gretna in time for breakfast.

A week today I’m going to be driving from Plymouth to Gretna.

Running away to get married?

Given the large potential for the M5 to stuff up and the need for unscheduled stops of a small person variety, Sandbach.

Exactly what we are doing.
We were going to get married down here but after seeing how stressed she was getting * and the attitude of some of her family we cancelled our plans and get married next Friday at Gretna.

We were going to get married down here but after seeing how stressed she was getting * and the attitude of some of her family we cancelled our plans and get married next Friday at Gretna.

yep - not too far from what we did. After a shit load of grief, we did it at a very short notice, with only dozen people present. We did get a shed load of hassle after the troublemakers found out, but our attitude was WGAF

What’s different about getting married in Scotland these days? I understand that historically there was a reason to elope there but is there some legal stricture that getting to Scotland sidesteps now?

I think there’s still a romantic “sod everyone, let’s just do it” that means a lot of people go to Gretna

But does it somehow bypass obligatory legal stuff needed in England?

(If not then Newton Abbot does seem a better option!)

could stop in Runcorn on that scenic drive 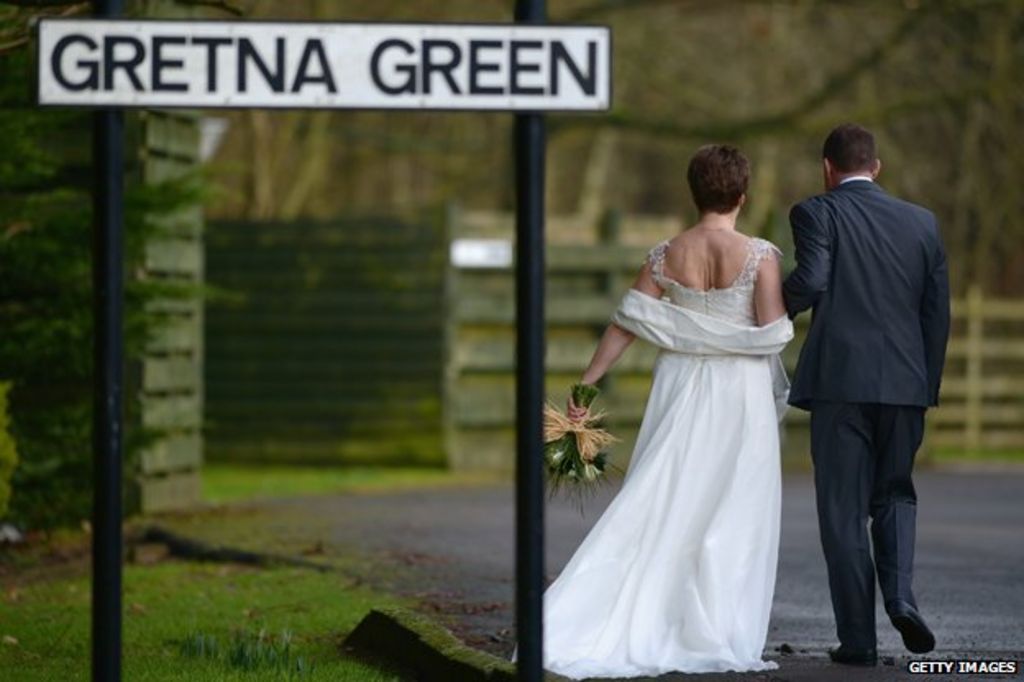 The bit of Scotland where English people go to get married

In the 18th Century Gretna Green was Britain's Las Vegas. More than a century after a legal crackdown it remains a wedding hotspot.

As far as I know there were packages offering exactly the same thing in Devon and Cornwall but for us living where we live Gretna felt a bit special.

Wow exciting stuff pilgrim , hope it goes well. We did it 6 to 40 on m6 last week and no problem at all. Wish you a good journey

Make sure to post some pics , nice to have a bit of romance on here .

Not doing too bad for timing considering we’re on our third stop. Now at Charnock Richard services.