“The country is not ready for our genius yet”

Wonder how they are going to spin it.

Poor people don’t have enough money to give us, completely intolerable, bring back the work house.

There will definitely be a spending freeze such that inflation eats away at budgets, this is a funding cut in all but name. Contrary to the Tory assertion that services won’t be affected, they patently will. I suspect that many public sector bodies will be hit with a spending moratorium, have lived through one of them before, they are fucking brutal.

Other than that they will reverse some of the kamikaze budget and use alternative language to disguise it, Orwell would be proud👌 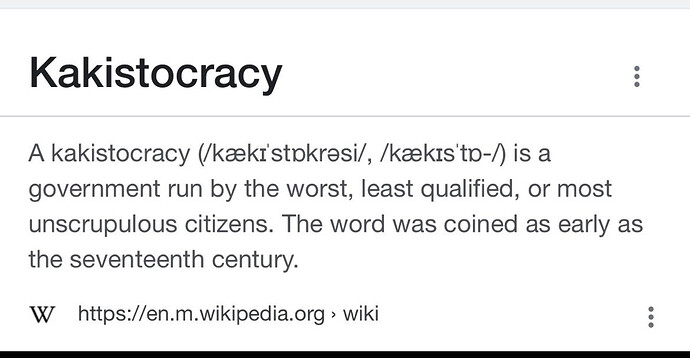 Think the BoE will be the scapegoat for this.

“The BoE failed to manage inflation quickly enough and didn’t keep the markets informed with their plans which resulted in the interest rate rises. The govt is putting the mini budget on hold to demonstrate stability and a firm hand on the rudder that the markets are looking for and BoE failed to provide. The govt’s plans are still the bestest ever to deliver growth despite what the anti-growth coalition say”

The BoE, the pension funds and their regulator deserve some of the blame. Am no financial expert but some of the positions those pension funds were taking were surprising to say the least. Be interesting to have a take on it from peeps on here who understands these things. The simplistic view given on Peston is that the funds borrowed heavily (I’m sure he said up to a trillion) based on their credit rating, using that to invest in bonds to leverage out bond yields. Eggs in one basket type exposure. Along came the Tories, bond values reduce and the slim margins disappear. In steps BofE to prop it all up at our expense.

An sure those managing said pension funds continued to earn nice sized bonuses though.

In steps BofE to prop it all up at our expense.

It’ll be very interesting to see how this plays out later today.

bonds/gilts are supposed to be safe and stable long term low yield investments. If you choose to split your pension between low risk and high risk investments, the low risk is generally bonds, gilts and cash.

You don’t expect the govt to commit fiscal suicide with a budget not even Trump would come up with though.

Will they or won’t they stop? Perhaps they should push back on the pension funds? Someone should take the fund managers to task though and again I suspect the Tories won’t touch their chums in the City.

Yeah that’s the problem with investing in derivatives rather than the thing itself, you only have the margin. When things go south, it’s a proper cliff edge. You then have to sell the real stuff to pay off the loss, which further pushes down the price.

I think the point is that they didn’t just invest their funds, they borrowed heavily to invest. Small margins require large purchases. Pension funds tend not to invest in high risk areas, it’s against their rules. However, investing in low risk areas can become high risk if a large element is in one investment, ie bonds. They should also insure, hedge, against risk. Appears they didn’t do that either. Really does look like the regulator was asleep on the job.

Really does look like the regulator was asleep on the job.

Maybe he didn’t appreciate that the dotards who chose Johnson were capable, after he had to be defenestrated, of fucking up equally badly at their second attempt.

The choice of government shouldn’t matter, this was a risk management issue. Those funds would have collapsed, financial melt down would have followed. We literally dodged a bullet for now. The political story around this is taking all the headlines, the financial mismanagement of the pension funds isn’t getting the press attention it deserves, other than a bit on the FT and the Guardian, as well as Peston.

this was a risk management issue

The regulator has been pushing pension funds to use LDI with bonds as hedging. This was viewed as a fairly low risk approach.

This problem lies with a fucking stupid govt fiscal policy and has just highlighted to the market that UK govt bonds are not as stable as previously thought.

That probably contributed but this is 100% a govt induced collapse. 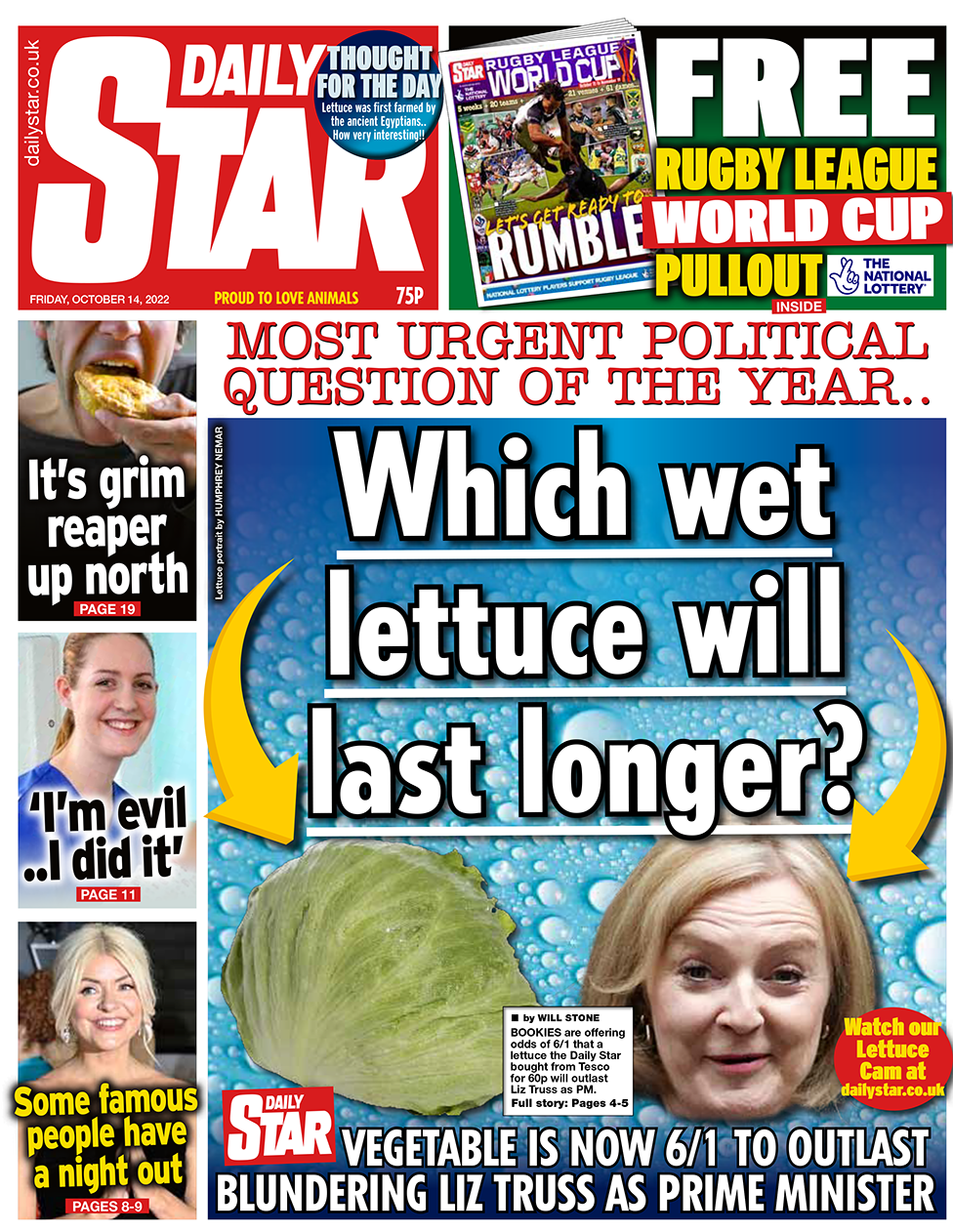 The Star once again showing its political insight.

Hopefully not by 360 degrees.
I’ll get me coat…

Seems there is going to be a press conference later.

Kwarty to be booted out …