Mortgages - reminiscing about the good old days, and other old people crap

Currently weighing up how long to fix the remortgage on our two houses.

2 or 5 years? Or a different idea all together? 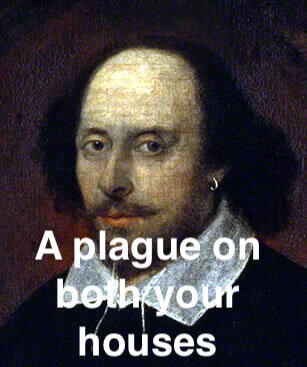 I signed up to a new 5 yr fixd back in March, I paid a fee to pay off the old mortgage 6 months early. Glad I did as the rate I secured has long since disappeared.
I’d be surprised if IR drop back below where they are now in the next few years, so a longer fixed term is probably a good bet.

Yep go long if I was you! We did a year ago, and just had an email from the mortgage adviser firm advising people who are due in the next 6 months to fix as long as possible.

fix as long as possible

I fixed ours for ten years, 5 years ago. I thought that brexit etc could cause carnage; in practice I was over cautious, I guess, but there’s a lot of security in knowing that your mortgage is fixed until it’s almost fully paid off.

The rates we just got from our advisor would be £350 over the old fixed.
Will probably go 5.

Having a base rate of 5% would be a killer in 2 years time.

Fix as long as possible.

I fixed for 10 about 4 years ago. Glad I did and it will take me to the end of the mortgage more or less.

Should have done 10 year fixed a couple of years ago.
Cost us a few quid not doing. Bugger.

I took a three year fixed back in October at 1.04% wish I had went for the slightly higher 5 year rate now as I’m not convinced we will be out of this in another two years.

Having a base rate of 5% would be a killer in 2 years time.

Remembering my parents moaning about 15% in the late 70s

Moving the rates up is just forcing inflation even higher. The only people borrowing at the moment are folk trying to heat and eat. They are tying the same old solution to resolve a completely different problem. It’s food and fuel increases that are fucking inflation not people borrowing too much. All they are doing is double screwing the people who can least afford it.

House prices were quite different then.

So houses were cheaper back then on a ratio basis

That is true, but 15% interest reate would probably still be more onerous than now,
And it would depend when you bought your house and how big the mortgage was.
Lots of other factors, the basic rate of income tax was 33% then.

I suppose my point was that recent interest rates have been the lowest they have ever been.
that doesn’t help anyone who has borrowed th max at the lowest rate of course.

But if you own two properties presumably you are letting one out and like any other landlord you just increase the rent to cover the extra costs, and the profits subsidise the increase on the other house.