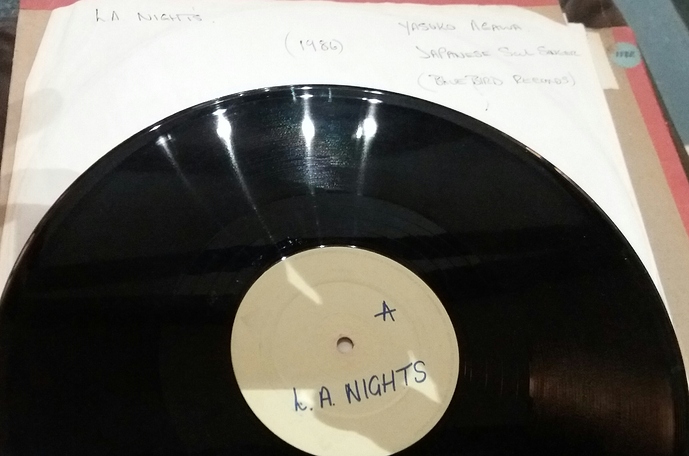 There was a single released in 1986

think demo or press copies generally have a plain but typed labels.

The full details are here Paul. You can check off matrix numbers as there are a bunch of different versions and white labels.

It’s a white label demo. The official release was on Blue Bird. It’s touted as Soul / boogie. Sometimes demo means rare. Other times there are more demos than pressed releases - Not sure on this one other than the 7" seems to be worth more than the 12"

Whatever it is, the sq is amazing.

Demo’s and test pressings are first off the stamper (Pressed before the production run for testing / promotion). If well recorded and mastered initially they can often sound ‘hot’ (Stampers degrade over the production run). Usually a 12" would sound better than a 7" if the cut is bass heavy.
Acetates (lacquered metal disks) are cut on a lathe directly from the tape (Subjected to far fewer processes than pressed recordings and produced in very small numbers) when new the sound is incredible but sadly the acetate lacquer degrades with each play.

A good few years ago I did a little film (Will not be winning an Oscar any time soon) that vaguely rambles in a monotonous and nerdy way about demos & acetates. The context for this ‘show & tell’ was for a record buying website in the hope of buying in more, from this perspective is was hopeless although I did get contacted by a member of one of the bands which was cool. 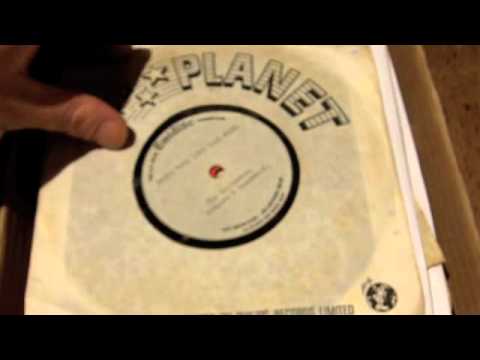 rambles in a monotonous and nerdy way about demos & acetates