I was looking at audio note but got lost with all the different versions and signature etc
Otherwise I am too out of touch/have no idea what I’m looking at.

I only listen to digital and currently have a young dac.

Budget I guess 2-3k but could maybe stretch a bit for something special.

Your man is Ian. @Ijrussell
He has listened to a lot of high quality Dac’s. He is in the process of buying one, as well.

The user interface is basically non existent but I really like my exogal comet, ex wadia bods and superb reviews across the board for around £1600 used with LPSU - apparently it’s more of an FPGA based “decoding computer” that uses calculus and bezier math and shit. Sounds nice though

The 2.1x Signature is the sweet spot in the Audio Note range and is around £2500 secondhand.

AN DAC 2.1 is a nice sounding DAC , sweetspot in the range and should be in budget, hairshirt but if you’re looking at AN I guess you don’t need bells and whistles

After trawling around that sort of budget recently I ended up with a Marantz NA11 which I use largely as a DAC rather than using it’s streaming functions. Sound is great using a Marantz 8005 as a transport.

The other brand I looked closely at based on reviews was Aqua, didn’t get to hear one

The 2.1x Signature is the sweet spot in the Audio Note range

I agree, nicer than my bog standard 2.1.

I’m in agreement on the Audio Note 2.1 Signature; It’s the sweet spot in the AN range. Alternatives include the sw1x DAC 1 Special which is similar to the AN, the Aqua La Voce III, and the Denafrips Venus II.

Moving away from NOS DACs, there are many DACs that will be a significant improvement over the Young DAC. In no particular order, they include:

Will have a read up on that thanks

Hello! Literally not heard of any of those except the top one being mentioned here earlier

Will have a google, any standouts from that list?

Moving away from NOS DACs

You lost me right there Ian

Not really! The Schiit Yggdrasil and the Chord TT2 are the most reviewed and highly rated but, from experience, all of the DACs listed have similar levels of performance. The bigger question is non-oversampling (NOS) or oversampling/upsampling; Most vinylists seem to prefer the NOS DAC sound, particularly for CD replay.

I would also second the Audionote 2.1sig. Especially if you are finding that the young isn’t doing it for you. I have owned them both.

One cheaper and similar NOS dac option is the Audiosector NOS dac. They do come up second hand from time to time. One bonus is that It does not take up too much real estate on your stand. I have had loads of DAC’s and the three NOS ones I have owned are all towards the top of my league table. 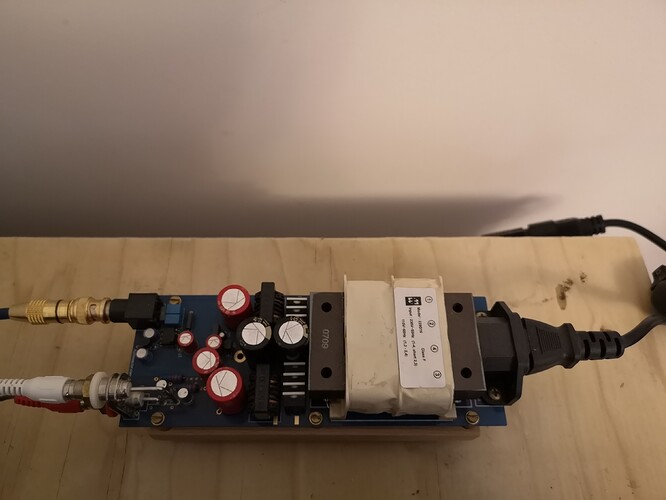 A double up - not sure what happened here

I use a Chord TT2 here. On the understanding that I didn’t pay for it and I get paid by Chord to do their technical support (so probable bias etc etc), it just decodes. There is absolutely bugger all induced ‘character’ from it. For testing stuff that’s brilliant and if you’ve got a sound you like, it won’t change it but if you’re looking to add some sort of colouration in addition to what you already have, it’s probably not going to appeal.

I use an Aesthetix Pandora DAC which I preferred to the AN DAC I tried at the time (can’t remember if that was a 2.1 or 2.1 signature). I think @Myrman and @thebiglebowski both use similar DACs although they may have the transport option on their machines. The Pandora is far and away the best DAC I’ve had here. They don’t often come up second hand, but £2K - £2.5K would be about the money depending on the specifications.

that says more about me than chord tbh

I moved from a Young DAC to a AN 2.1 - I liked my time with the Young DAC, but in the end for some music for me it sounded a bit (sorry) too clinical. The AN 2.1 suits me fine, and although the Signature version is better, i am content to stick with the vanilla 2.1

Oh yes have seen this name around, seems spendy new