I’ve been with talk talk for ever. I’ve had very few issues but they can’t give me a date for fttp despite openreach having done their bit and umpteen other providers now offering higher speeds

BT are currently offering 900+mb with their WiFi mesh doodads for £70/month which is daft cheap compared to anywhere else. Second fave is an outfit called aquiss which have great reviews and were very responsive to enquiries but only offer about 150 MB for the same price plus I’d need to provide my own kit. That’s ok as if not be stuck with the BT stuff then, but would probs add £300 (modem, router and/or WiFi doodads)

So does anyone here have the BT service and if it any good or would I be better off avoiding them?

Main issue is now I’m WFH I am on Skype calls a lot (not video but through work VPN) and they drop when my kids do video calls.

Generally I think that the high end BT products are good. I’ve never heard of the other guys, but small ISP companies can be very responsive and offer good service.

To have ‘good internet’ I would suggest you have at least 100Mb down and about 15Mb up. It’s worth checking what the upstream on offer is; often BT is very good on this respect. Anything above that is nice to have but you’ll probably not notice it most of the time.

We’ve had 15mb for the last few years and, apart from when Steam stole all our bandwidth, it’s coped pretty well. There are 4 phones, 2 tablets, 2 computers and 2 Netflix/nowtv gizmos so heavy but not stupid, no 4K anywhere

I guess that you need to separate the two issues. The Skype dropping - is that an overall bandwidth thing or wifi? Is your Skype machine wired or not?

If it’s a wifi issue then I would strongly recommend a mesh wifi system. The BT system (Whole Home is it?) is meant to be good, as are Google and the rest. I use a Ubiquiti one. The main thing is to see it as totally separate from the broadband, you really don’t need to get them from the same supplier or at the same time.

Yep, I’ve been confusing myself with all the options for WiFi. Part of the reason for also looking at faster speed is that I’ve seen reports of issues with mesh systems and isp routers and I’d hate to buy a mesh system and have it not work because of the TalkTalk router

The phone line comes in at the right front corner of the house. The ground floor is about 30’ wide and 40’+ long, we get WiFi solidly about 20-25’ away from the router
Upstairs is the same 30’ wide but 30’ long and my office is up there about 20’ into the house and midway across.

I’ve looked at the Ubiquiti lr I think you recommended but I could only really put it where the router is (maybe on the ceiling) or in the main downstairs room which is on a wired connection which would put it on the opposite side and about halfway along the house. But it would only be about 3’ off the ground I expect

Given the TalkTalk router reaches most of the house I wonder if the Lr would do the job from the same place if it’s on the wall, given it’s more powerful

If you buy extra Ubiquiti thingies you can mesh them, it’s all built in and works by magic (once set up) - I have two for a long terraced house. But you can do this with any of the mesh systems- Netgear, BT, Google etc. I am entirely happy with mine - it’s good value and enterprise standard. The main thing is to have a mesh rather than a range extender.

If your first access point is central in the house then a mesh or Ubiquiti would probably do best with three access points in all. It’s certainly better than potentially having two wireless hops.

They all should work with any router - you disable the wifi on the router and it plugs into an ethernet socket.

Cheers,
just totting up the options - BT has a good quidco cashback (100+) at the moment which would pay off talktalk, plus i could get a better TV package through them for 10 more than I pay Now. And 900MB… do I need it? prob not. Do I now want it ? yup…

Considering the number of shit things that we all end up buying because of reasons, spending some dosh on a really decent broadband and WiFi system makes good sense.

If you’re having problems with Skype the issue will be latency and more bandwidth will never fix that. 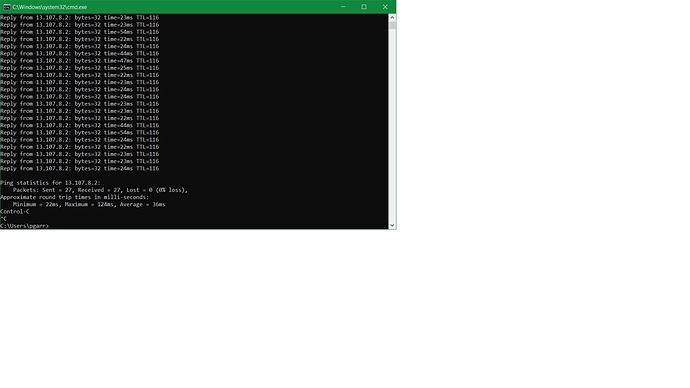 i’ll try it when there’s a video call running

I suspect the wifi hub is the bottleneck. The room they do video calls from is on the edge of the range of the router

Do the LR models mesh over WiFi? It seems a bit unclear.

Yeah they do. It’s a bit fussy to set up. Iirc you just set them both to the same channel while you have them wired, then you unplug one and it sorts it out.

All of them mesh. In a house I would probably buy standard ones, the LR ones are aimed at gardens etc

Unless Aquiss have a great reason I should go with them I think I’ll go for the banzai 900Mb service from BT via Quidco , buy a unifi AP and see how that goes. The APs are about the same individually as bought as a set so I’ve nowt to lose, plus I might only need 2 and the packs are 1,3 or 5…

For info you can vary the speed during the 2 year contract, but not the TV apparently.

im going for the 76MB from Aquiss. they guarantee 74MB and I had a long chat with them on the phone - not something that is easy with BT et al

That’s the advantage of a small ISP.

I generally recommend what I ended up doing, which was to separate out the various tasks - modem, router and WiFi access point(s). So I use the Virgin hub as modem only, my old Asus WiFi router as router only and the Ubiquiti Unifi things as WiFi access points.

I also use a Pi-hole as ad blocker, DNS server and I’m about to promote it to DHCP server as well. It’s really cool.

After thoroughly confusing myself I settled on a wee TP-LINK DEco m5 3 pack. Down to £150 from pc world of all places.

New isp recommend them, the setup vids looked simple. No need for a modem with FTTP, just lan cable into the first deco, out into a switch for the wired connections. The m5 will mesh with wired or wireless backhaul and you can add up to 9 from any deco range including the Powerline ones

Not the ultimate speed merchant but on a 100mb line it won’t be any bottleneck, and if I get a gig line in a couple of years I can replace it without feeling too guilty