Any recommendations for bluetooth speakers up to ~£150?

No idea how it sounds but the JBL pulse looks rather spiffy.

Ms ICHM requested the small Sony cube one for Christmas as she liked the look and sound of it on holiday.

This is the latest wheeze for train trolls.

Instead of sodcasting with the tinny speaker on their phones, they now bring along a battery-powered Bluetooth speaker and use that to piss people off.

Richer Sounds sent me a VIP club spam which listed a circa £300 Cambridge Audio speaker at £149.99. I recall being moderately impressed by this speaker when thinking of buying something to pair up to phones when we are away. At 50% off it might be worth a look.

Get a UE MEGABOOM

They are great!! I have one.

yeah, some idiot with a subwoofer on his back on the train into London last week

I thought I was doing well seeing some dick singing along to 90s American rock (Nickelback?) on the train. But a subwoofer? That’s Olympic class knobheadery.

The Cambridge Audio Minx sounds really good for the money.

'twas de yoof …all started on the station when I realised that platform waiting room was vibrating like a souped up Corsa with a gazillion watts of Alpine… till I had a quick look and it was a ‘child’ with a Logitech PC speaker system, subwoofer and two SATs, with an iPhone and what looked like a stack of batteries on a trolley… sounded shite and was annoying the hell out of everyone 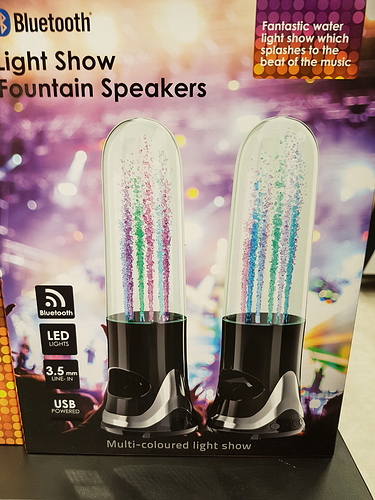 +1 for the Minx. Bought one for my daughter when she went to uni - we both liked it