This morning I powered down my two mains conditioning/distribution units at the wall sockets & when I later powered em back up, following this my Nakamichi processor refused to power up, with no indication of power/standby status.

Checked the mains fuse on the Naks iec lead, which was actually 13amp, as originally suppled. Replaced this with a 3amp unit as 13 amp is obviously way out of spec for an AV processor that only draws 25 watts from the mains. Still no joy, also tried hooking up to a spare mains extension block, still nothing.

Then wondered about internal fuses on the unit & spotted a fuse holder/caddy thang directly above the iec mains socket on the read panel of the Nak processor.

Anyhoo, manage to tease out the fuse caddy, struggling a bit with poor eyesight but it appears to be a T500ma L 250v clear fuse. From what I can glean from the net, this is a slow blow/time delay antisurge fuse.

Visibly the fuse looks fine, no obvious signs e.g. visible breaks to th filament or discoloration, is it likely to be blown, despite no visible sign, unfortunately I have no way to check continuity currently.

Really hoping the fix is a simple fuse replacement! The rating seems to be about right for a low current draw unit such as the Nak processor, which only draws 25 watts.

If the fuse is glass-bodied you can usually see whether it’s blown or not. But not absolutely always, depending on the technology that’s been used to implement the time delay. If you haven’t got a multimeter to check continuity then one way which can work is if you have another piece of kit which runs on a PP9 battery and has a connector like this 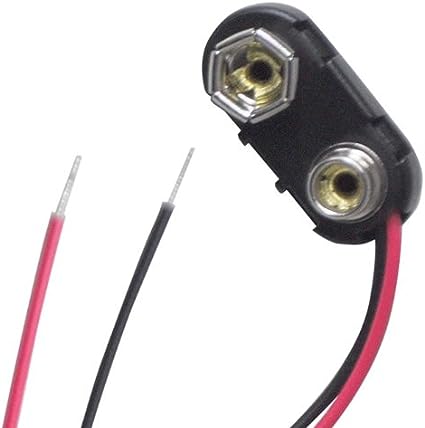 The trick is to plug just one of the plugs into the corresponding socket and to rotate the connector a bit so you can use the fuse to bridge between the unconnected battery terminal and the unconnected plug or socket on the connector. If the kit then works you know the fuse is OK. Obviously don’t choose kit which draws more than 500mA !

As far as the fuse in the plug goes, technically it’s only supposed to be there to protect the mains cable. The Nakamichi processor is supposed to have its own protection, which you’ve discovered it does. In this case there isn’t really any harm in putting a 3A fuse in the plug. But if the Nak was drawing close to 3A continuously then the 3A fuse would actually run continuously quite hot. There have been cases where cheap ‘13A’ plugs have been heat-damaged by having a hot fuse running in them for months/years.

Luckily my SPL meter came to the rescue, as this runs off a PP9 battery, that actually still has some juice. Many thanks for your useful little trick

Unfortunately continuity is good on the T500ma l 250v fuse, using your little trick to check.

now starting to increasingly look like summat more serious fault wise on the Nak. Most likely, uneducated guess is that powering up at the wall switches has caused a surge/spike that has taken the Nak out, despite the conditioner units being anti-surge units.

Potential major ballache, as all my A/V sources are routed through it & A/V processors are not cheap things to replace.

Often wondered why this is the case, when A/V receivers with identical processing + additional power amps built in are generally quite cheap for fairly decently specced units.

Many thanks Graeme, off to ponder the best course of action.

You’ve checked the Nak’s mains fuse. It’s not impossible that there is another one, or even several, inside in the low-voltage circuitry. But you’d have to open the box up and check. Sadly if kit starts blowing internal fuses that often means something more serious is also damaged, and all the fuse is doing is stopping one, perhaps serious, fault blowing a whole lot of other expensive stuff.