Question for the motorsport fans - attending a race

I was thinking of taking my son to the GT championship at Silverstone on Sunday. This is a really basic question but having not been to a race before, does one get visibility of a reasonable stretch of the track from the stands (I guess this is track dependent but at Silverstone? It doesn’t give me an option to select where to sit so I don’t know if there’s just one location) or is it a case of watching the cars fly past, then a few minutes of waiting, then a few seconds of NEEEOOOWWWW… and repeat? If so, then I’m thinking the enjoyment might start wearing thin after a few times of that and the visceral impact wears off.

Any thoughts from the more experienced appreciated!

I used to take the nephews and get general admission tickets, then you can just walk around sit on the grass and watch for a bit, walk somewhere else and watch some more etc etc.

There’s normally plenty of other stuff going on for when they get bored in the central bit and around the outside. Last time we went they had an owners paddock going on and they spent ages drooling over a Veyron and ignoring all the nice Alfas and D types

A few of the stands used to have big screens opposite so you could watch on the screen and wait for the occasional scream past.

Practically, it’s an old bomber base, which means windy and exposed, even in the best of the stands. This can mean sunburn, windburn, chills, soakings, or all 3 in one day!

Food & drink isn’t as insanely priced as it once was, but still very stiffly priced, so I usually take some of both, and top-off if we fancy something hot or whatever. Loos are a lot more plentiful and less squalid compared to the past.

The more prestigious the racing the more limited you’ll be as to where tickets will get you - I’ve been to BTCC and been able to spend the whole day grandstand hopping - but Moto GP and F1 you have a seat in a specific stand and that’s it.

GA is best - take your own camp-chairs, brollies and/or good waterproofs and spend the day exploring the options. It’s a decent walk around the perimeter. Sunnies and suncreen and a hat, bins, portable FM radio… Kitchen sink…

Bit of research will help you choose where to be - it’s nice to spend a bit of time with a view down one of the straights for the sheer speed and racket, but you’ll see more of interest on one of the corner complexes - I usually end-up at Chapel, but everyone has their preferred spots.

What you see of the race as a whole is inferior to telly coverage, but the sense of occasion and atmosphere is a million times better, specially at the bike races.

What ^ those two said, not much to add really, take your time, dont worry about missing stuff, explore, ask others, most will be pleased to talk with you and pass on there knowledge of the track and event.
I think one thing I’d add is don’t be afraid to leave when you’ve had enough.

You can do this too (not on the same day, obvs) 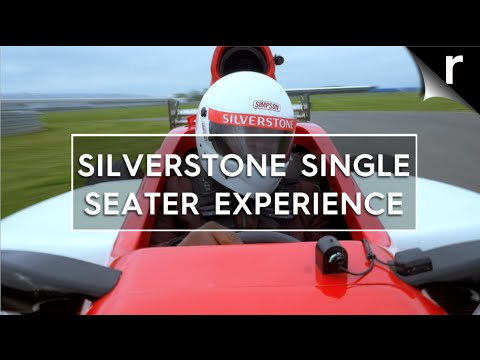 I did it nearly 20 years ago. It was a hoot ! Take care when you get back in your own car for the drive home though. It won’t corner like these do.

Many thanks everyone, that’s really helpful (yes even you Graeme). Think I’ll give it a punt. Will let you know how it goes!