Got a meeting tomorrow afternoon in Liverpool.

@htm_1968 and others - I’d be grateful for recommendations for second hand record shops walking distance from Lime St station.

Probe, near to the Bluecoat chambers, mostly new, not mainstream stuff. Pretty much a legendary shop, but a shadow of its former self. http://www.probe-records.co.uk

Jacaranda records, which is newish, but the club it’s associated with is great so should be ok: https://www.jacarandarecords.co.uk

There’s loads more that Ólan will be better placed to advise on.

You can drop my amp off or I can collect from Loserpool.

I’m on the train dude, but pm me and we’ll sort a time this week

There are a bunch of other not very good second hand record shops on Bold Street, such as in the basement of Pop Boutique. They all have iffy stock that is poorly laid out. Jacaranda Records have a new shop called Phase One that I have used quite a bit. It is on Seel Street.

Jacaranda Records is based in Liverpool, UK.

If your time is short I would focus on Probe, Dig Vinyl and Phase One and/or Jacaranda records.

This guide is about a year out of date:

In Liverpool? Want records? Here's The Skinny's guide to the best record shops in Liverpool and Merseyside, from Probe Records to The Musical Box.

Cult Records is worth a visit. It is closest to the Station on Renshaw Street. It is however very expensive and can be a bit hit and miss.

Spot on chaps, thanks - looks like an earlier train is in order!

When are you in Liverpool Wayne? I’m usually able to wriggle free for a couple of hours (especially if LPs are on the horizon).

So I thought Dig was by far the best imo. Lots of choice, friendly staff etc.

3b very limited unless you wanted 12”s for your dj night, Jacaranda (the one on Slater St) wasn’t trying too hard tbh, Probe was just okay, probably just cos it didn’t have the s/h funk and soul I was looking for.

Next time I’ll head off to Cult as well.

Oh and 81 Renshaw was closed 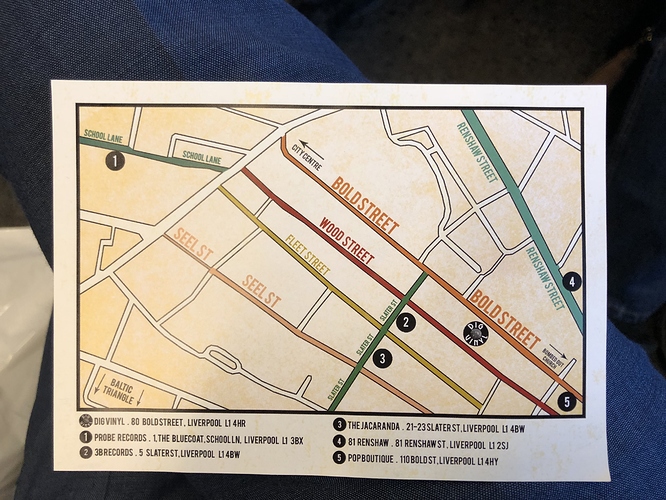 Not much difference to when it is open IME

It did look like a cafe with a few racks of vinyl thrown in just in case.

It used to be an ‘antique shop’ with a few racks of records.

You are far better off trying a couple of pints in The Dispensary a couple a doors back up Renshaw Street.

This is what I picked up. 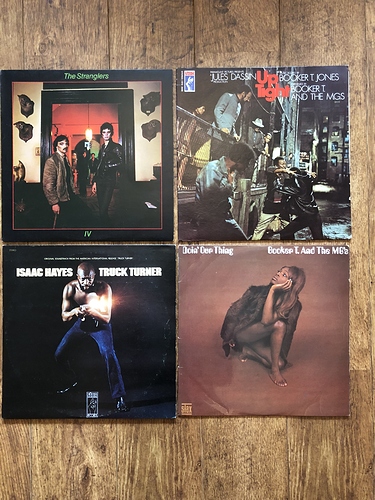 I already had a mono copy of Doin our thing, but couldn’t walk away from a stereo version.

I have been on a one man mission to thin out their stocks of jazz, electronica and reggae. I’ve not been in there since early July so have two months record buying budget to deal with on my next visit

I could easily have spent about £500 in there without breaking a sweat, lots of nice stuff, great condition as well.

Also saw a copy of Tomorrow Syndicate’s LP in the pysch rack for £14. 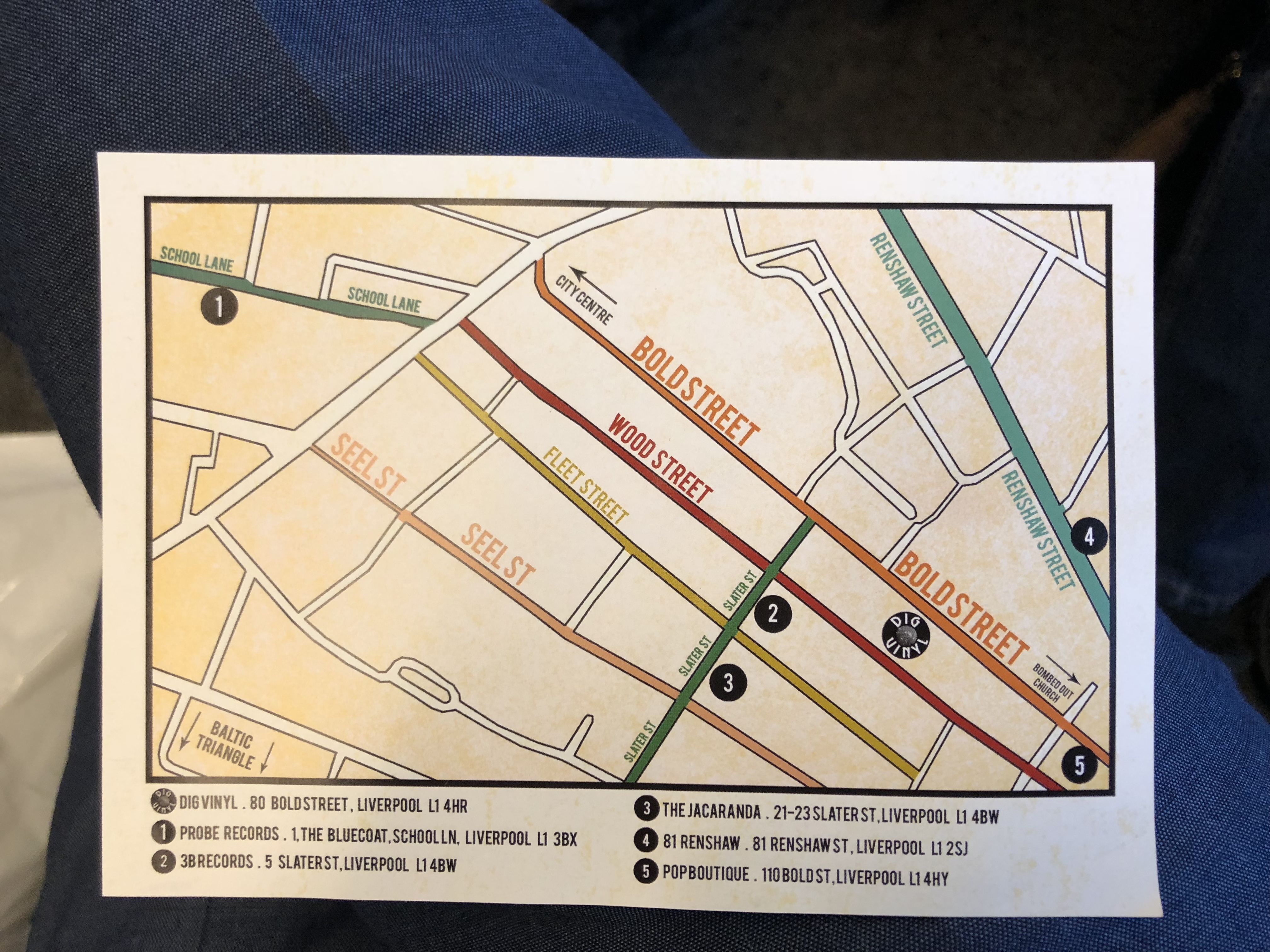 This map will come in handy as we are in Liverpool for a long weekend visiting in-laws in a few days. 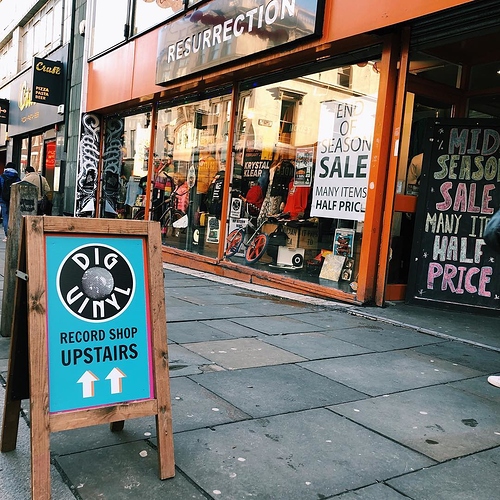 For new records Probe is the place to go in Liverpool as far as I am concerned. The HMV is still open but has been shite for years. I don’t often go into Beat on Slater Street, partly because it seemed to focus on duff-duff dance music and partly because the staff there were pretty obnoxious. It might have improved or YMMV.

As Mickey’s photo suggests, Dig has moved across Bold Street and is now on the first floor of it’s new home rather than in a basement. The stock doesn’t seem to turn over very regularly these days. It is by some distance the best second hand shop in the City.

There is a new shop in the St John’s Centre selling new(ish) vinyl for buttons. The price stickers say things like ‘damaged cover’ but I had no problems with anything I bought. I spent £60 in there last week and came home with 6 or 7 LPs and a bunch of CDs. I’ve no idea what it is called though.

The basement of 81 Renshaw Street (not sure of the number it is about 4 or 5 doors down from The Dispensary Pub going down Renshaw Street towards the station) was very good the first time I went in there, but rubbish the on the second occasion. They are obviously having difficulties getting stock and the prices are a bit ambitious. Make sure you have a pint in The Dispensary, the beer is always top quality. Actually, have two. A solitary pint is an opportunity lost.

The new branch of Jacaranda Records on Seel Street is quite good for new stuff. Their second hand stock is either feast or famine. I picked up a load of pristine Kraftwerk 12"s for £5 each in pristine condition in there, and some very decent reggae, but on the last two occasions I was in there they had little or nothing of interest.

If you are driving into town from the motorway you might pass Defend Records on Smithdown Road. It can be great, but I rarely seem to go in there. Dunno why really as it is the closest shop to my house.

All of the other second hand shops (e.g. Basement of Pop Boutique on Bold St) are very hit and miss. Blast at 43 Duke Street is worth a look but the prices are spectacular. They also sell various second hand Hi Fi tat.