We have had threads on this before & back then the default seemed to be the Glorious system.

But is there currently a better, more cost effective shelving system than IKEA Kallax & if so what is it? 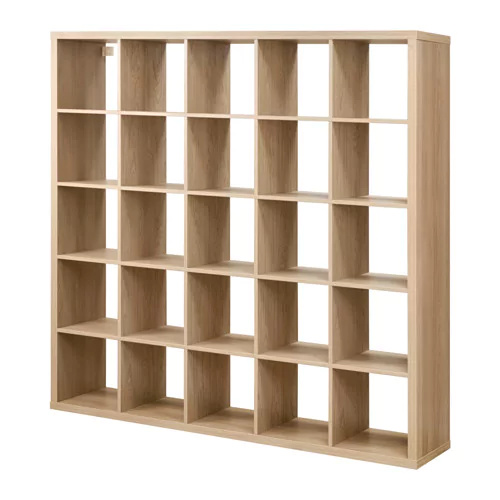 I’m also interested in this but prefer the flip system.

Any recommendations for that folks ? 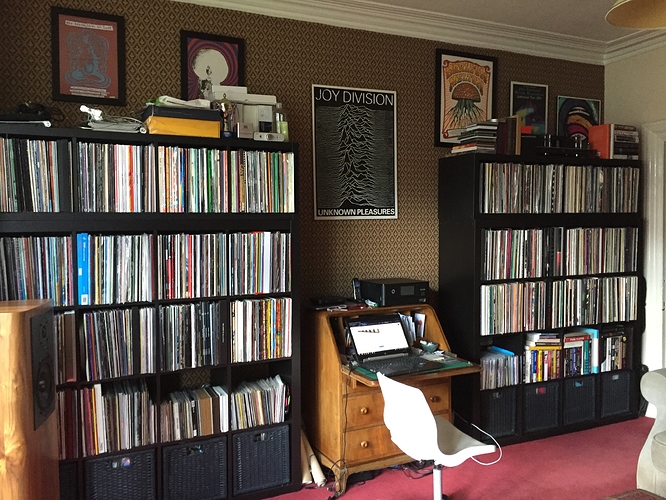 I’m lucky to get 70-odd LPs in each section so I figure you’ll get 18-1900 on the 5x5. You might get more in but only by squashing things which could wreck the sleeves at a minimum. I don’t use plastic outer sleeves which would reduce the capacity again.

Gratuitous shot from the other corner: 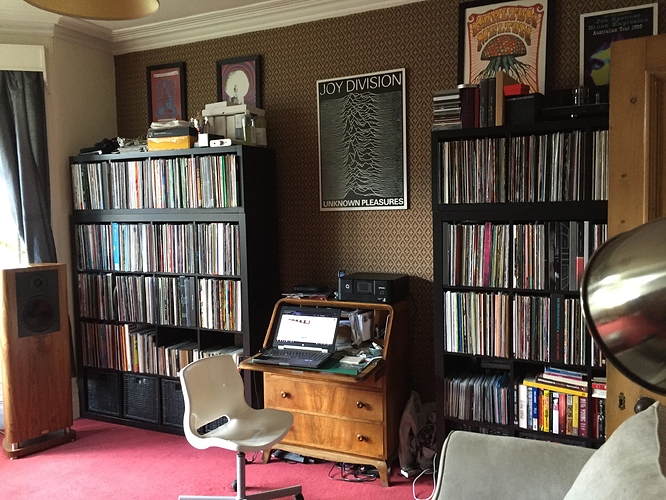 Kallax is pretty strong so as long as the unit is the right way up, it won’t collapse unless subjected to very sharp horizontal forces (like trying to move it when loaded.

I should have room for perhaps another 1x5 next to it. I’d rather not be trying to cram 100 records per section.

They look very nice but as a £ per cube consideration the Kallax (at £6 each) looks like very good value. These i-cubes could end up costing £1000 for the same amount of storage.

If you really cram them in I reckon you’re not likely to get more than 90 single LPs in one section. I have 70-odd which is enough to keep things vertical, but makes taking records down/putting them back comfortable.

Also, leaving space for 3 or four records per unit means that you’re not forced to rearrange your entire library when a new Alien Sex Fiend LP arrives if you’re alphabetically organised. Shifting 2500 records is no joke

I have them all currently in a mixture of old Ikea (Ralf? Rolf?) shelving & some other basic cube things. I agree that if each section is too tightly packed, introducing newcomers is a serious problem. Indeed a fair amount of floorspace is currently doing some of that work so far from ideal.

We used a joiner to make wardrobes out of mdf.
If you know a decent chippy then a bespoke unit may not be too bad for materials and labour.
I suspect the economies of scale ikea have make their product a no brainer for anything large.

You do have to paint it though. Fiddly for shelving if you can’t hide with doors. That may be a deal breaker!

I get around 50x new records and 70x old records in each kallax cube, luckily I’ve only got around 500x records so a 2x5 kallax is enough.

I avoid that Ikea stuff as it’s not very strong and the newer stuff is weaker still.

I use these as that is what they are designed for and you buy them once.

I like flicking,have tried storing them sideways,but decided it’s shit

A lot of those, the shelves are not deep enough.

If i had the room,i’d have similar to these 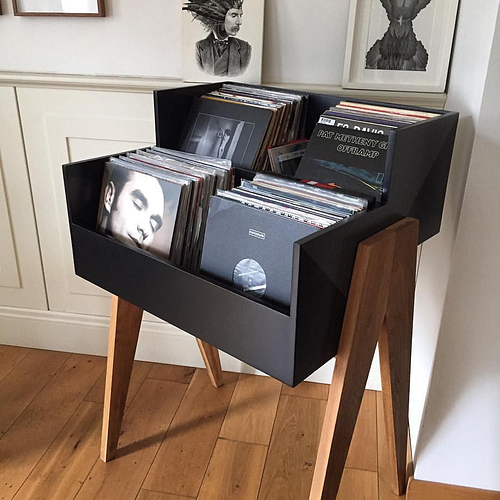 I would need a lot of room for those, probably about 20.

I’d have one of those only for show, putting latest purchases in, and shelving for the rest.