A great actor in one of the best comedies I’ve ever seen.
René Artois was a great character in 'Allo Allo".
RIP Gordon Kaye.

He was lucky to have lived to this age after getting a pole stuck in his head during a storm in the early 90s.
Good actor and apparently, despite some articles to the contrary, a nice bloke.

Was very happy for a moment as I read the title as RIP Kanye.

Gutted now as allo allo was great TV on a Sunday night as a kid after the weekly obligatory bath. 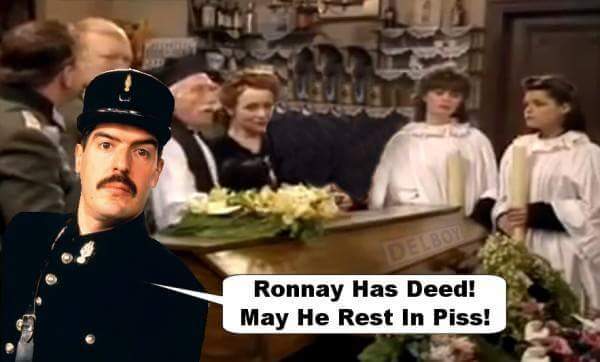