EDIT: It is not called Record Store Day now either. It is called RSD Drops: 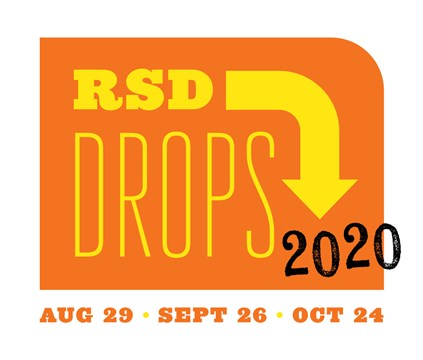 Edit; just looked at the list, plenty of flipper fodder.

Mercifully, there is nowt on that list that gets my juices flowing.

Mercifully, there is nowt on that list that gets my juices flowing.

Ditto. There is a Wolfgang Press LP that I want and a Durutti Column thing, but the rest is tosh.

Nice to see Space Age recordings all over this like a rash with their definitely not shoddy in any way reissues.

TD, ELP and Zappa have raised an eye brow here. It’s a shame that the BBC Radiophonic Workshop set is only CD.

TD and Zappa have raised an eye brow here.

Maybe Britney and Galaxie, New Order and wonder what the S3/Spectrum offerings are…

But could live without any.

There’s a a few in there I fancy: Pale Fountains, Kirsty Macoll, Pale Saints, Durutti Column.

How does it work now? I can imagine the queue for Probe would stretch back through the Mersey tunnels to Chester if we’re still meant to distance.

Is the Durutti Column worth bothering with or not

As with all DC LPs, it is beautifully played and recorded (this is true for most of them). If you like Vini’s work you’ll like this.