Take 2: trying via USB audio again, somehow it seems to be working according to the lights on the DAC. Only thing is that the only spare-ish Pi is currently vaguely used as a CamJam thingy with the excuse of home learning.

I do now, however, have to consider SACD ripping again.

Of course! But IMO ripping SACD is bloody stupid, just stream the hi-res on Qobuz.

As mentioned previously, I have a shop in Leamington where I can (as of today anyway) walk in and buy SACDs. My SCD777ES also, until the laser inevitably bricks itself, sounds better than the DAC Box RS.

And having checked this

[image] So it is time to introduce a little culture into the AAAC. And what better place to start off the journey into the wide world of classical music than… Zemlinksy. Always last in the CD racks now, he was also in the shadows during his life and more famous for the people he was connected to than for himself. He went after Alma Schindler (who later married Mahler), then wrote Ein Florentische Tragedie as a barely disguised portrayal of the time she slapped it up wi…

is not in high res on Qobuz.

My first step into streaming,with a 2nd hand M2tech dac and a 2nd hand Primare np5 prisma network bridge.Dont think i will be giving up my N/A Dais anytime soon.Wheres the soundstage gone? 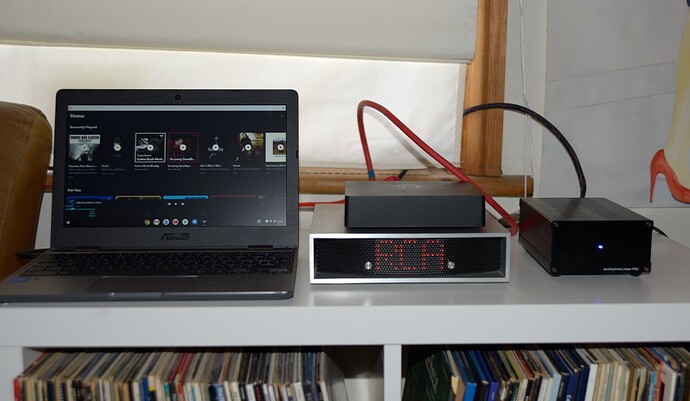 Finally got the Quad 989 system weekend before last that I won on ebay back in early February. As a reminder I got the speakers, Naim 112X pre, DIY flatcap & Avondale power amp and a Marantz CD-50 SE.
I had a quick listen to the full system but didn’t like the flat and rolled off sound. I suspect the interconnects didn’t help so connected the speakers to my main system which brought a very noticeable improvement. They don’t have the top end, or speed of my Voxativ speakers, but they do have a charm of their own and have been enjoying playing music through them. It was worth the wait.

Glad to hear that you have finally got them!

I suspect that the Naim pre-amp may be the problem. I heard a Naim 112 ruin a friend’s system making it sound very flat. Quite a transformation and not in a good way. It was quickly sold.

I think you’re probably right, I doubt it will be staying long as I really don’t need it.

You got the Voxativs going then.

Guess what? my amp is back - 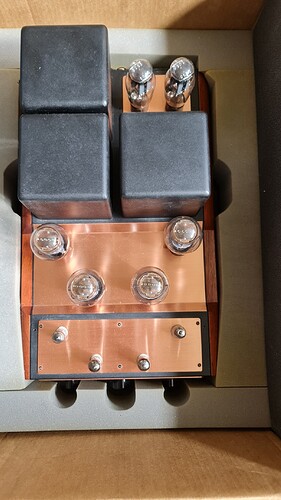 thank you @Valvebloke Graeme. And thank you for carrying it most of the way. 50Kg of amp is not good for my hernia. 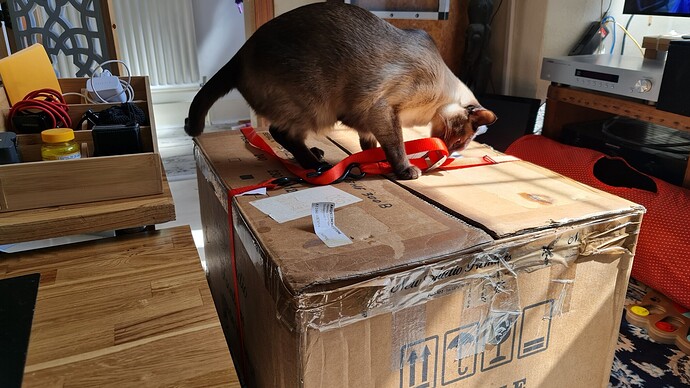 Bought it from a bloke over Lincolnshire way who had one going spare, think the name began with an E 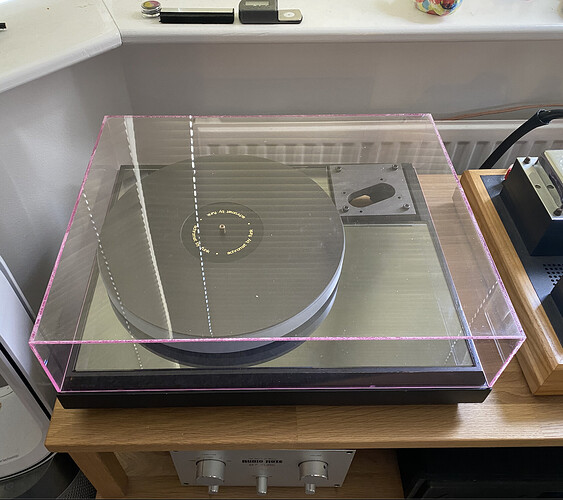 What happened to the rega

yep, there’s an Alphason HR100 missing as I haven’t found one yet

still got it but will be flogging it soon.

For that to have been truly effective, you’d have needed to bodge a Rega armboard hole to really convince him.

One thing I forgot to mention - it works best (minimum distortion) with the valves in the positions they’re currently in. I’ve put little dots of coloured nail varnish on the undersides of the valves - white for the L channel, red for the R. The front/inboard 300Bs have one dot, the rear/outboard ones have two. The nice thing about nail varnish is if you ever want rid of it then it can be chipped off completely with something soft, like a cocktail stick.