I have got a new to me Rega Mira3 amp, it’s nice. It’s really detailed, easy to listen too, and makes a lovely tune it does

Not my picture by the way.

Oh I nearly forgot, I got a great super spiffing deal on a second hand Ortofon 2M Black, which I’m chuffed with

Nice, where is the volume control?

It uses the same knob, you press it once to select your source then again to adjust the volume.
Works well in practice.

That will work well after a few sherberts.

It uses the same knob, you press it once to select your source then again to adjust the volume.
Works well in practice.

Multi function buttons may well be beyond the average hi fi nerd.

Nice to hear from you Colin

Just returned from a 9 hour round trip to collect a very clean Sony TTS-8000. Arm to follow. Should be sorted within a week or so. 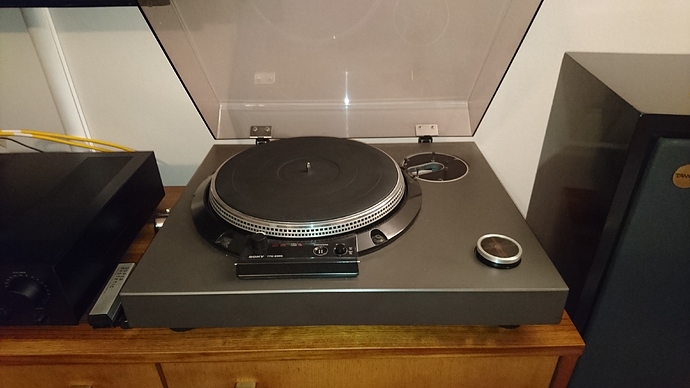 Nice, was that Geoff’s?

Geoff uses a SME IV on it and it’s a very good match.

Today I resurected my B&O thing for the kitchen, some idiot painted the speakers white, but this is all solveable. 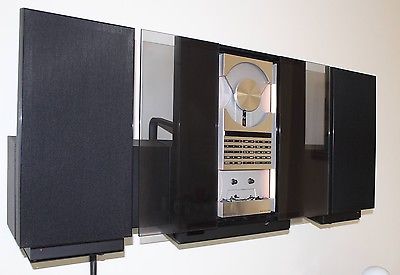 I think that is a great design. If only someone could yank all the guts out, shove in a streaming system using the same controls, you’d have a winner!

Yes, it’s been very well cared for and is complete with it’s bubble level, manual and template. It was also serviced in 2009 by Vantage Audio. I’m really very lucky.

Nice, was that Geoff’s?

Geoff uses a SME IV on it and it’s a very good match.

No, it belonged to a nice gentleman in Leeds. I’ve seen pics of Geoff’s deck with the SME IV and thought it looked lovely. Although the deck will allow the use of a 9" arm, the plinth was designed for a 10" arm, so I’ve opted for a 310.

It has a DIN input, so I can get my PC to stream into it. Can’t be arsed at the moment, as it’s for CD and radio. 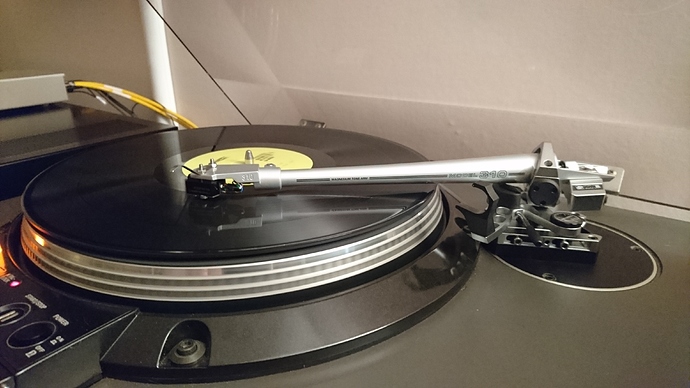 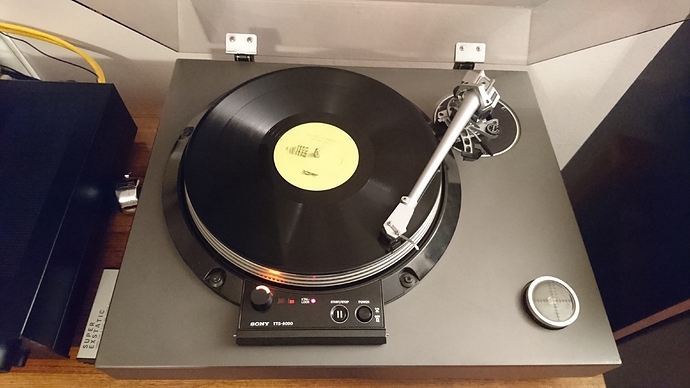 Thanks. I’m over the moon.