A rather rare and superb Jazzmaster style guitar made by Hohner in the early nineties in England and developed by the electrical guitar technician - Alan Entwhistle It has a Jaguar/Jazzmaster shaped body and it is in mint condition with a tortoiseshell scratchplate, with three pickups and one volume and two tone controls with a three-way selector switch.

It has an innovative wiring system invented by Alan Entwhistle and by using various combinations of the controls and three-way switch, various sounds can be achieved, I have a copy of instructions. It has had little use and may benefit from new strings

This guitar can produce stratocaster sounds, telecaster sounds, Gretsch sounds and more . There is a blue one on E bay for £450 and the cream ones around £400. One of the most amazing guitars I have ever owned. I have never seen one in as good condition as this one.

I am downsizing – I will throw in the case a total bargain at £250 – collection or plus postage – price is very firm!

PS I forgot to mention. Former Rolling Stone Mick Taylor had a go on it! 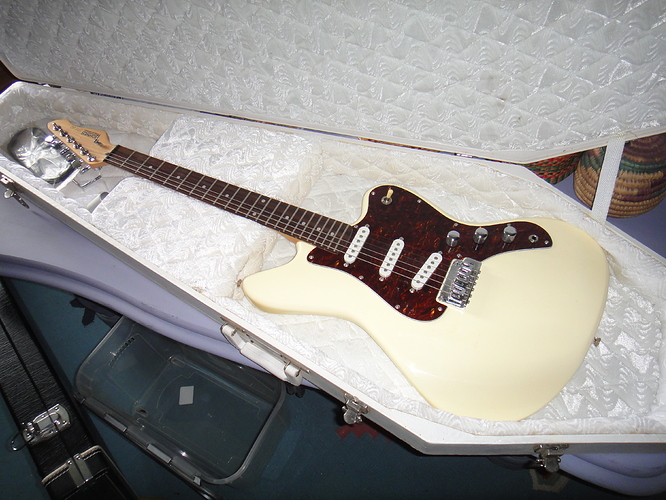 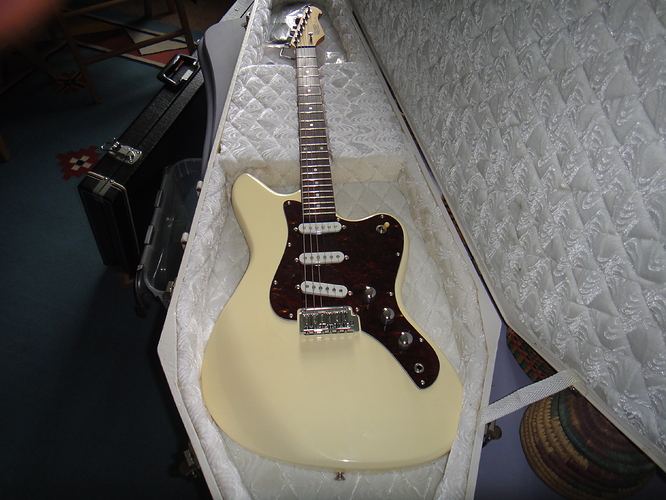 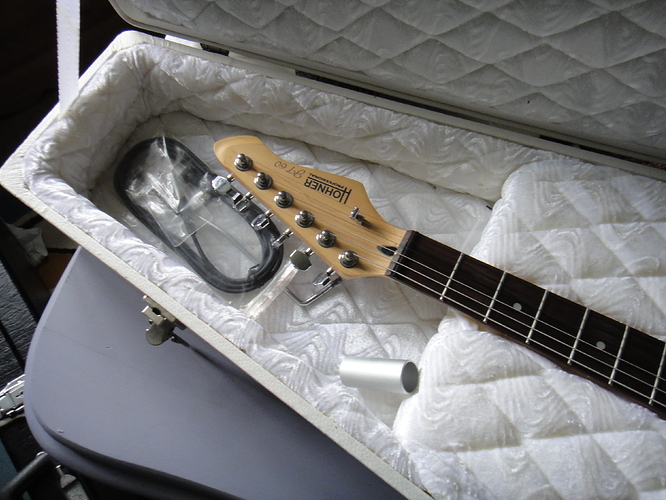 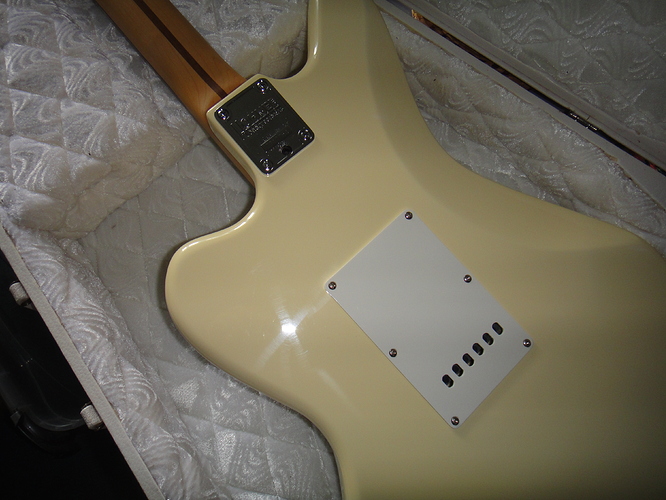 I don’t know why…

Not for me this time.
Make someone a nice guitar though.

Why has nobody bitten my arm off - the coffin alone is collectable!
Ha - and Mick Taylor played it for a bit too (liked it)