A friend has asked me who he should send his Meridian 557 power amp to for repair?
Does anyone have a recommendation please (apart from Boothroyd Stewart)?

Thanks, but please elaborate.

He does non-valve stuff too I believe. He is a very nice chap.

He is a very nice chap

…especially in his purple loin-cloth

Hello folks. I have occasionally touched solid-state stuff but (with one exception) that’s always been in hybrid (mixed SS and thermionic) gear, and even then I’ve only attempted simple fixes. The problem is that SS stuff, especially power amps, can be electrically fragile and one slip of hand or thought can fry a great deal of expensive silicon really very quickly. So fault-finding tends to use a different set of skills and kit than the ones that I’m equipped with and it wouldn’t be worth the risk and cost for me to pick those skills up, never mind the extra workshop and mind space I’d need.

Long story short - I really do only do valve stuff I’m afraid. Until very recently I’ve recommended Henry Dulat at Surrey HiFi Repairs (toprepairman on the fora) to anyone who wants SS stuff looking at. Henry’s very competent and in fact much nicer than I am. However I see from his website http://surreyhifirepairs.co.uk/ that he’s now snowed under too and is eschewing SS stuff until further notice. Waaaaah

In all seriousness, having it serviced and repaired by Meridian themselves will be pricey but also preserve the value of the amp to the best effect. They’ll also have any unobtanium components needed, too.

Problem is he says that Meridian are no longer supporting these amps.

Oh, that is cunty.

Is there any chance that there is someone there who might do it ‘at home’ for cash ? It used to be possible to pay a DEC engineer to rescue dropped demountable HDDs back in the day. He really did do the job at home (where the living room carpet was covered in scopes, leads and rotating machinery).

Jsaudio are supposed to be alright. Mebbe try them.

Expensive, but seem to be knowledgeable.

Try Sound Systems Technology in West Drayton, Middlesex. They overhauled a pair of Sumo The Five power amps for me, and they’re as rare as fuck.

What about John Caswell, seemed to have a good handle on most makes, based Berkshire iirc…

i contacted amplabs in worcester recently but never got a reply 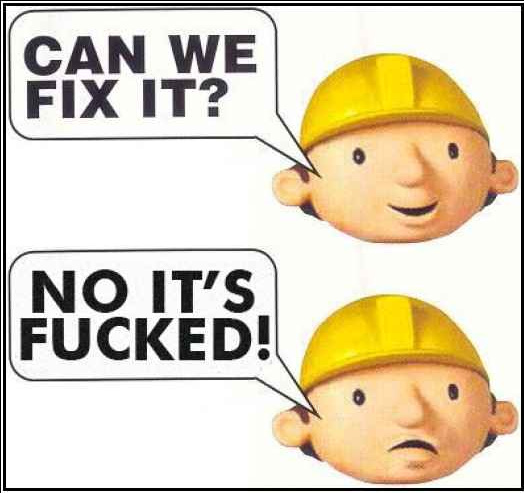 contacted amplabs in worcester recently but never got a reply

Yeah, he’s a cunt and he is like that.

Supposed to be pretty good.
http://www.mpavservice.co.uk/