I have been having trouble with hum from my system, pretty much since I got these very sensitive speakers (Supravox 165-2000 ~99db/2.83v).

At the moment, this is the setup:

With nothing playing, just the Amp on (CD & TT turned off)

Speaker Hum with Inputs by Robert Seymour, on Flickr

With nothing playing, Amp on but all inputs disconnected.

Speaker Hum with no inputs by Robert Seymour, on Flickr

I have ruled out a faulty amp as I have had issues with the following amps as well (Cambridge Audio A5, Nuforce STA120, Parasound Z-Amp and a MiniDSP 2x4HD). The only amp it does not show up as much on is my Decware Zen SET.

Having a read, I have seen these recommended for gound loop issues: 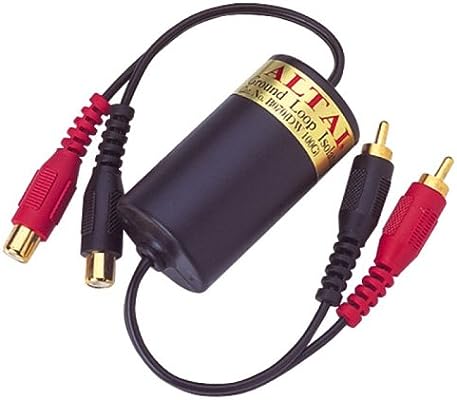 Ground loop isolator for use in car, professional and domestic audio systems. Designed to isolate the ground between source and amplification to prevent noise or hum.

I’m guessing they just go between the source and the amp?

I have ruled out a faulty amp as I have had issues with the following amps as well (Cambridge Audio A5, Nuforce STA120, Parasound Z-Amp and a MiniDSP 2x4HD). The only amp it does not show up as much on is my Decware Zen SET.

I’m not sure I follow your logic here. If the amps, with nothing connected at all, cause the problem, then it has to be the amps.

I would suggest that it could be a problem with the mains, which only the Decware can handle - all amps should, but many don’t. Maybe borrow a mains conditioner thingy?

And this is with everything turned off that I can easily get to (Kitchen, 1st Floor isolated at DB, and downstairs sockets un-plugged)

And the same again with not inputs connected to the amp:

All these amps I have shown the same issues so I belive that its down to ‘dirty’ mains, the Decware does not show it up as I’ve been told as its very low gain (2wpc) with the very sensitive speakers it will not show the noise as much?

They are all being powered through the Wychwood mains conditioner.

And to note, this does show up when listening, especially to vinyl with the P9/Ania both into the built in MC stage and the Battery powered Nighthawk stage (on maxiumum gain setting).

Watts aren’t gain, but I can believe that the Decware is low gain. But if there’s nothing plugged in, there is nothing to gain, as it were, so it’s just amp noise.

I have amps plugged directly into drivers that are much more sensitive than yours and get no noise apart from a faint hum with your ear right up to the speaker. That is how it should be.

Have you measured without the Wychwood?

OK, this is odd. When I previously tested the Cambridge Audio A5 with the MiniDSP in the middle I got horrible noise:

I have been sourcing a small power amp for my Open Baffle project but having some issues with noise.

Current setup is Sources > DIY RCA Switch Box > MiniDSP 2x4HD > Decware Zen > Speakers There is always a little hum but thats from the Decware, very low level and can only hear when you are right next to the speaker. In the past few weeks, I have tried two power amps, a Parasound Zamp and Nuforce STA120. The Parasound was damaged as there was a loud audible hum from the unit itsel…

I get no noise at all, where as before I had the same issues.

Decware Zen, input connected and everything on in the house:

Decware zen, inputs and all connected at full volume. by Robert Seymour, on Flickr

CA A5 with everything on-connected by Robert Seymour, on Flickr

I was suffering so much with noise before, I had stopped using the MiniDSP and boxed it up!

So I have a seperate issue with the Rega Elicit but not sure why I was having so many issues with the MiniDSP before similar to above and now its gone?

Baffling. I love hum problems, they are best solved with hammers or fire.

“Hmmm this choke is crackling”

They do indeed go between the source and the amp. But at this level they’re not very special. The primary market is for in-car systems which TBH aren’t hi-fi. You may well find that you lose bass with these and that more subtle colouring can go on further up the frequency spectrum. More annoyingly the internal magnetics, such as they are, aren’t well shielded so the damn things can, if they’re placed too close to other equipment, pick up hash and hum from the mains transformers ! I have one and I use it for fault diagnosis i.e. giving me info about where the problem arises. But I wouldn’t use one as the solution.

Somewhat better are branded pro-audio products e.g. those from OEP or the basic Neutrik stuff.

More serious products include these https://www.sowter.co.uk/specs/3575.php. You would, of course, need one for each channel and they’d need to be wired up too.

One additional advantage of an isolating transformer is that it can be used for unbalanced to balanced conversion, and vice versa.

“Hmmm this choke is crackling”

It nearly ended up as crackling!

Something to rock down to…

That’s actually funny. In fact funnier than all the posts in the joke thread put together. By several orders of magnitude.

Well its bad news for the Rega Elicit which will be going back to Rega for repair.

Good news is the MiniDSP is behaving itself at the moment (noise issues) so the DIY open baffle project is back on!

i) that the odd harmonics - 50Hz, 150Hz, 250Hz etc vary with the connectedness or otherwise of the inputs. This is what you would expect of ground loop noise, which almost always contains 50Hz plus odd harmonics, although it can have some even harmonic contributions too.

ii) that the even harmonics (100Hz, 200Hz, 300Hz …) don’t depend on whether anything’s connected to the inputs. This indicates either amp noise or noise from some completely external source. 100Hz is characteristic of rectified mains i.e. what you get from power supplies. Biggish amps have biggish power supplies. Rega don’t seem to specify how much hum should come from the Elicit. I’ve looked around for a review of it which includes some hum measurements but I couldn’t find one. Of course actually getting off one’s bum and measuring stuff went out of fashion years ago (pace Stereophile and also Paul Miller in HiFi News) and instead reviews now consist largely of telling you how taut and/or etched and/or blancmange-like the sound from the amp is. Fuck me

So let’s do some rough sums. I find that with bog standard, say 89dB/Wm 8ohm speakers, hum at about 1.4mV RMS is just audible and at 2.8mV RMS is distinctly audible (100Hz is more audible than 50Hz and higher harmonics can make it a good deal more audible still). 2.8mV is 60dB below 1 watt output, so 80db below 100 watts, which your amp is. Your speakers are 10dB more sensitive than bog standard ones, so if the hum was 90dB below 100W it would still be audible.

Back in the day 90dB down would have been regarded as very decent performance from an amp. But what about now ? The nearest I can come to judging it is with Stereophile’s review of the Rega Brio - a 50W/ch integrated. The nitty gritty is in the paragraph just above fig 3 here https://www.stereophile.com/content/rega-research-brio-integrated-amplifier-measurements. Restricting the measurement bandwidth to the audio range (22Hz-22kHz) they measured overall noise at about 70dB below 1W, which would be 90dB below 100W (I know the amp can’t do 100W, but that’s just an arbitrary reference level, so it doesn’t matter). If all the noise was 100Hz hum then with your speakers I reckon you’d be able to hear it. But, at least with the Brio, maybe it isn’t all 100Hz hum ? Fig 3 should tell us. What it shows is that in fact there is a good deal of mains frequency related noise (the fundamental is at 60Hz in the US, of course). It’s not the whole story, but it’s clearly there (further complicated by the fact that I think that Fig 3 has been A-weighted, which artificially suppresses the low frequency peaks, in which case they would be bigger in real life than in the pic - by 16-17db at 120Hz and 27db at 60Hz).

Long story short - it’s possible that the Elicit just does hum a bit. If you want to stop by with it next time you’re passing I’ll get the HP3561A down and we can measure it. It (the measurement) would take about 5 minutes.