Here are some pics of a dirty, worn Linn Asak. 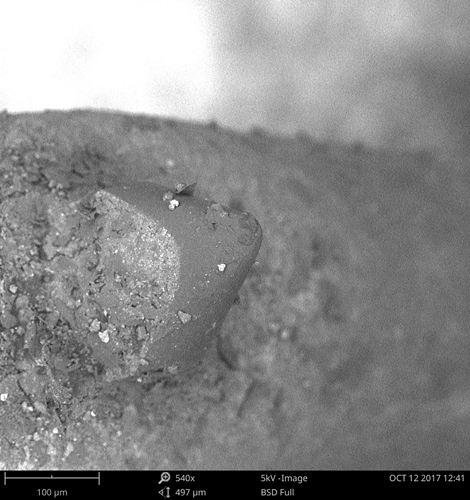 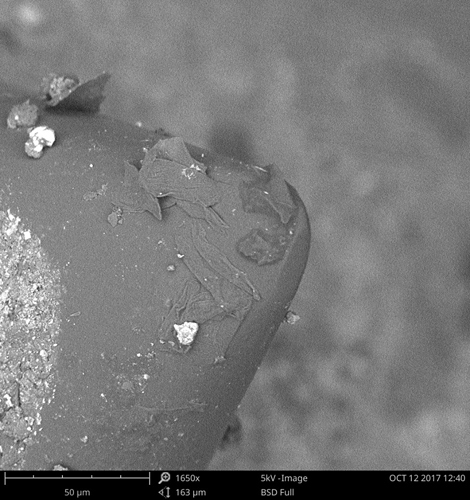 Yesterday I gave it a quick clean in one of those tiny pots of tacky stuff.

It cleaned it up a bit. It has left some stuff on it, but maybe it is time to replace the pot. These pictures are looking down from the top. Will see if I get time to tilt it later. 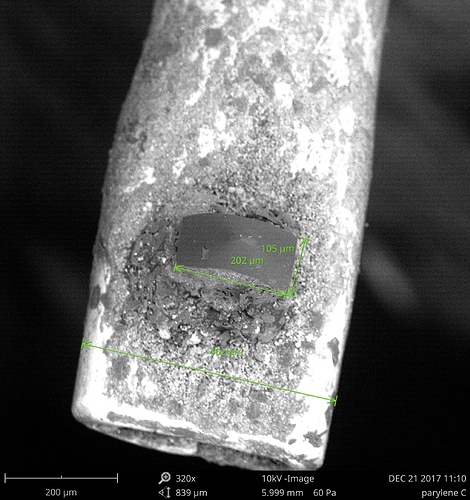 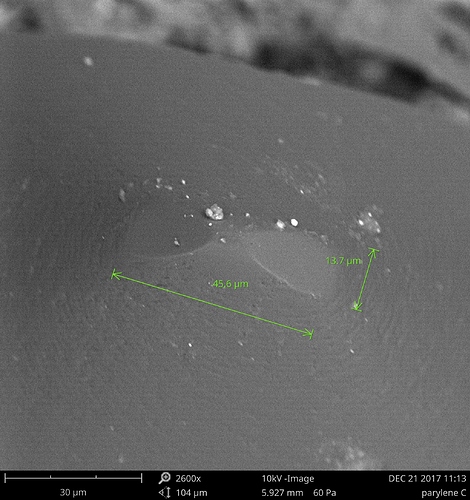 I thought that tacky stuff could be cleaned, the onzo zerodust can.

It can be. But it might have left very tiny particles on the tip. They are only a couple of microns or so.

Any idea what the cantilever material is?

It is Aluminium.
The electron microscope has an eds detector so I can check that sort of thing.

It’s surprising how clean it looks in the last pic, compared to the preceding three

The last two are taken a few moments apart. There is a buildup of crud around the stylus, but much less on the tip. The glue around the base of the diamond shaft looks like crud, but is just glue.

The aluminium is the shiny wight bit, with accumulated dirt on top.

I think the tip profile was originally elliptical, but the edges have been worn away and are the flat bits you see on the sides.

Would be nice to see the profile of the Koetsu as it has had very few hours of play. Pain in the arse to take it off the arm and set it back up though, so I probably won’t.

so I probably won’t.

If I ever take it off the arm I will, but as I have fucked the cartridge once I am happy just to leave it the fuck alone.
TT has not been moved yet as we have to change the contents insurance for that and some other stuff.

When cleaning up a used cart, I have often used a magic eraser (very carefully) it does a really good job.

Just drop the cart into it in a similar way to using sticky pot of gue stuff. Do this a few times and they clean up really well.

If the stylus is really dirty drop the cart onto the surface of magic eraser and draw the eraser away in the same direction the record would go i.e from back to front of cart. Do this very gently just once and no more than a few mm’s.

One of the more common things is that a small hair gets caught by/in the glue holding the diamond to the cantilever & that then in turn attracts & gathers clag. Repeated cleaning doesn’t solve the problem and it keeps gathering clag until the hair is actually removed. That can often only really be done under a microscope.

I prefer not knowing what my stylus looks like,will set my OCD off again.

I got given some of this -

No frickin idea whether it works, not having any means to inspect the stylus before and after.

Does it say what is in it?

I will gently try some ipa after lunch and get some more images.

I remember that’s how you sorted out my Io I.

What could possibly go wrong!

I use that occasionally

Should be very occasional if at all.
IPA is a solvent and will dissolve the glue holding the stylus onto the cantilever.

IPA is a solvent and will dissolve the glue holding the stylus onto the cantilever.

Yeah I hear this a lot, but is it actually true? I also hear that it dissolves the rubber suspension, and I’m sceptical about that as well.

Is there any research on it, or is it just random audiophile bollocks?