Firming up the gig schedule for the first half of the year. A couple more gigs booked.

Also priced up a couple of nights in mainland Europe for a gig and I’m looking at ~£500 travel and hotel before you start budgeting for coke and hookers. Yeah, might have to swerve that one.

…shivering. We had our boilers serviced on Friday. Yesterday I noticed a leaking pipe. The boiler for hot water and heating on the ground floor of the house has shut down due to low pressure. Am keenly awaiting the arrival of the heating engineer to remedy the issue before my plums freeze solid. I wouldn’t mind if it was an old setup, but the boilers and central heating were replaced when we renovated so the system is no more than four years old.

Yesterday I noticed a leaking pipe.

Piping running round the house or inside the boiler ?

(Sympathies, by the way. A new boiler once sprung a leak on us between Xmas and New Year.)

Pipe that you use to top the boiler up. One of the diverters had failed. A new diverter was fitted and we have heating and hot water. The house is still freezing though.

You’re telling me. I feel the cold terribly as a side effect of all the chemo. I bloody hate the cold. The house should warm up quickly with any luck.

Verdict due either tomorrow or Thursday.

I’ve only been watching for 2 days last week and that was hard work.

My sister and nephews are knackered from it all.

Emptying a tits up fridge freezer and meeting up with swmbo in Currys to buy another. My obvious swagger towards the cheap ones lasted as long a it took her to decide want equals need and proceed to open up a bastard big enough to stand a corpse in.

stand a corpse in.

Jury have been out since lunchtime yesterday,have just come back in to give verdict

The jury were basically asked 7 questions leading to a yes or no answer.

1/ Was H suffering from a metal disorder?

2/ Did she leave London in her vehicle and travel the following route?

3/ Was she in her vehicle when it entered the water in port talbot harbour?

5/ Did she attempt to rescue herself from the confines of the harbour?

6 /Did she drown as a result of the attempt?

7/ Did inadequacies in the MPS investigations cause or contribute to the death?"

The jury’s answer to each question was yes

I hope this helps you and the rest of the family understand things more.

My nephew’s father died in police custody while being restrained. He was a big guy, 6’4" and broad shouldered, and possibly on speed. It went to the IPCC who brushed it mostly away, saying that it was all a bit shit, there was probably no great way to deal with things and while the police didn’t exactly cover themselves in glory, it’s hard to know what they could have done differently in the heat of the moment.

We weren’t terribly happy with this outcome but didn’t pursue it further. I rather wish we had, but I’m not sure what the benefits would have been. The only real outcome one ever wants is for it not to have happened at all, and that’s the one you will never get.

Yes,I hope my sister is ok now this has ended. She threw herself into getting an inquest since 2016 which probably helped to keep her going.

Have to say the coroner was brilliant,he was taking no shit from any of the counsels.

Officers in Wales contacted the Met for more information after Hannah Warren's car was 'pinged' by ANPR cameras, but Welsh cops didn't get a reply

'Hannah’s natural style, charisma and flair gave her the rare ability to mean so much to so many people. Words cannot express the gaping hole that has been left in our family and we miss her dearly'

Its a tragic and heartbreaking story Stu. The inquest cannot have been easy but I hope that you and your close family find some kind of closure from this.

I wish I had been there. We were very much aware of it and the whole issue. That particular day it just didn’t fit to be there. But I really wish it had, and will make sure in advance that we can join the next one. Friends were there and said it was a very impressive turnout.

Such an incredibly sad business, Stu. Hard to believe something could go so wrong without anything being done. Obviously no happy conclusions, but I hope at least this enables everyone to find some degree of peace around it, moving forwards.

Yes,should add the jury were brilliant from the start,you could tell how hard they were listening by the questions asked.
My sister said that when the foreman read out the last 24 hours of her life,quite a few were visually emotional.

I’ve been ok the last couple of weeks though it’s not been easy watching it on ms teams,but the bit that did me was my sisters last comment to the press yesterday “I saw the crescent,you saw the whole of the moon” as that was Hannahs favourite song.

I think for my family,just hearing the truth that it wasn’t suicide,and there was some blame with the authorities is enough to get some solace.

Hel bought me this for my birthday 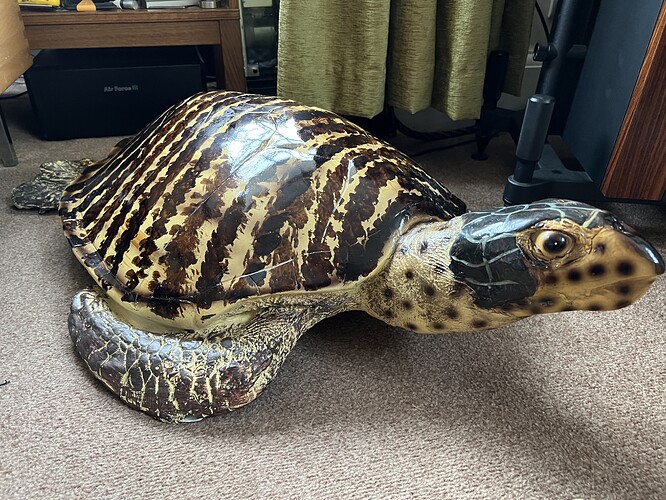