I fancy getting Mrs Craig one of those ‘driving experience’ days for sometime when we’re back in the U.K.

Does anyone have any experience / recommendations of something in Yorkshire or Lincolnshire ?

I’ve seen a few that involve three laps which seems a bit naff - I’d prefer something more substantial: any ideas ?

Years ago, my wife bought me three different ones; a Brands Hatch day, a day doing rally cars, and a four wheel drive course.
Brands Hatch was 4 laps in a “hot” street car, with a tutor, 3 laps in a single seater.
Rally day was tutoring for a bit, and a few laps driving, with a tutor.
Four wheel drive was tutoring, then driving with a tutor, but longer, and the next day, we went on an excursion, to a remote location, and had a picnic
The four wheel drive course was by far and away, the most fun. Very low speed driving, but challenging, and entertaining…

I’ve done several of these and are well recommended, not sure of any in the area you’re looking at…

I’ve done several of these and are well recommended, not sure of any in the area you’re looking at…

that’s the one I was going to recommend, I have done three there.

Brands Hatch do some brilliant track days, I hear

Cadwell Park offers nothing other that putting your own car on the track.

depends on what you want to drive, how long and your budget.

I did a Johnathon Palmer Race Day at Bedford a couple of times - hell of an experience.

Thanks for all the replies

depends on what you want to drive, how long and your budget.

Whil I’ll also be going along and enjoying the fun, the main wish is to get Mrs C behgind the wheel of something more potent than our Golf Estate

The most powerful car she’s driven was a Leon Cupra, and even then she didn’t get out of 3rd gear.

She did squeal like a little piggy when she floored it though, so I figured that an Aston / Ferrari kind of experience would make her squeal a wee bit more.

I too would recommend the Porsche experience at Silverstone.
Was invited to do one last year which I thoroughly enjoyed, and have jsut been invited to do another one, but I need to differ it for personal reasons.

For actual track time I found these to be very good:

As long as you can actually manage to contort yourself to get in one of course.

Donnington do single seater days (amongst others) which are quite fun, if a little unchallenging for some… 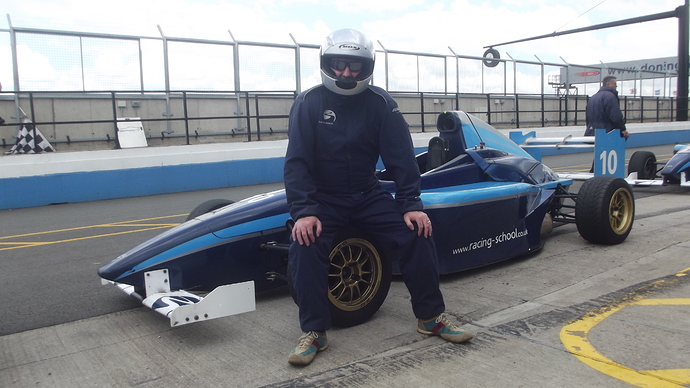 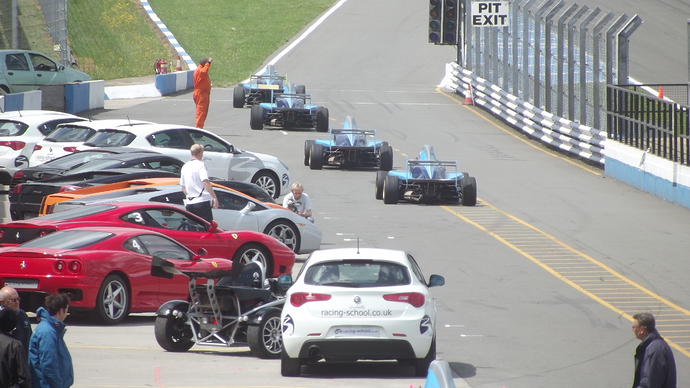 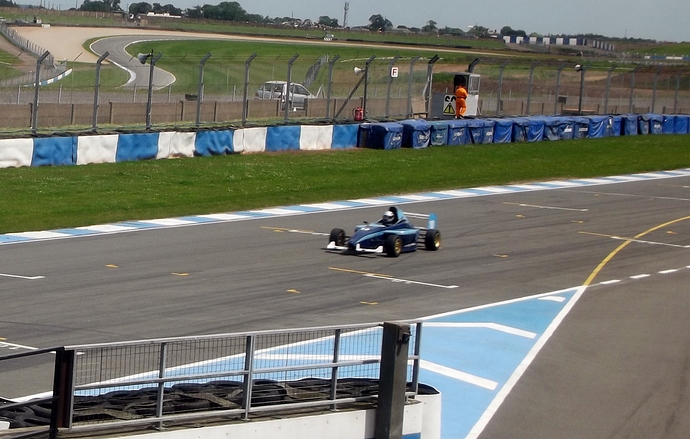 few weeks back took the family tank racing in leicester as a virgin experience day . it was brilliant !

I used to drive up and down from S Oxon to our lab in Cheshire quite a bit with work. A colleague who had to do the same journey once suggested that we share a car and then asked if I’d mind if she drove. She was likely to be going that way in future and felt she really wanted to get familar with the motorways en route. I was fine with this to begin with. But as the day approached she admitted that she’d actually never driven on a motorway before. Because she’d only just passed her test. In the Republic of Ireland.

She took to it like a fish to water though. We used to hire 1.6’s from a local company and we got whatever they had spare. Come the day it was a 16-valve Golf. Not really a hot-hatch but she still got it above 100mph going down the northbound M6 toll slip

Have you considered hiring something nippy and taking it out early one Sunday morning on one of those nice loooooooong straight roads in your neck of the woods ? The B1183 north out of Frithville (a.k.a. ‘the seven-mile straight’ - the clue is in the name) used to be popular. But the A1121 west, parallel to the South Forty Foot, is nearly as long and is piecewise straight with just a single gentle left-hander past Hubbert’s Bridge. Having the drain alongside it meant that there were fewer pull-ons making the unexpected appearance of a dozily-driven tractor a good deal less likely. When I was a teenager I was taken along there by my mate Dave on the back of his Triumph Trident. We were lighter then and it may to date be the fastest I’ve ever travelled on tarmac. I’m not sure though because Dave was concentrating so hard on the road that he daren’t look down at the speedo.

Don’t be cheap. Go for it. Max out, the whole hog, the full bollocks…

Guessing they will be the extremely tuned down one’s.
Be madness to let the public out in those otherwise.