What are these then?

Obviously active studio monitors, they look interesting with the mid and treble drivers positioned in front of the 15" (?) bass. 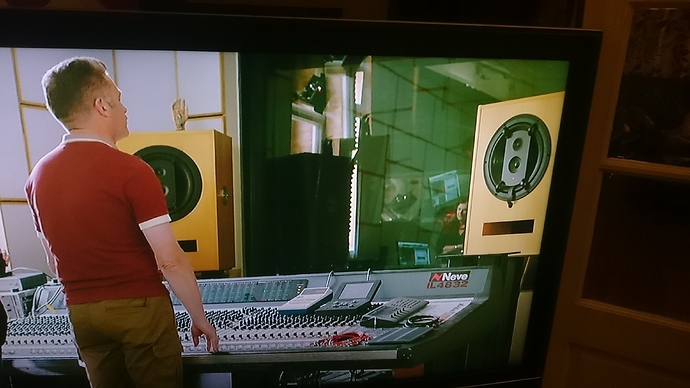 But kudos for pointing me in the right direction.

Not made out of scrapped Bose Waves, AFAIK.

Actually, scrap that, not 940. Can’t find them on their site, perhaps a custom build or discontinued?

Many euros, so I’ll never know what they sound like.

They kinda remind me of the World’s best loud speakers.

What ever happened to those.
Met him at the Bristol show, as rabid as his website.

I was interested because the format looked quite, erm, different and from the programme I took the photo off, something about Dinosaurs, they were going to very low frequencies indeed.

I’m considering trying out some studio monitors because my listening position is pretty much nearfield. Still kicking myself for not buying Oldius’ JBL L90s a while back. They were glorious.

“Resolution S.U.H.T.L.” AKA cheap triaxial car speakers in a shiny DIY box - even madder than Hart Audio and NVA - astoundingly the website still exists, albeit not updated in over a decade…
http://www.worldsbestloudspeakers.com/

Actually quite fancy hearing a set of the Geithains, but way too spendy.

Actually quite fancy hearing a set of the Geithains,

So do I.
In the right room I bet they’ll sound reasonably decent.

Can’t remember who but someone has a pair that they use with a valve pre.

I think they live in Richmond.

Can you get them in gold plate

If you can, we can rely on Tuffbob getting a pair (y)

The JVC micro system I bought to use in my parents spare room has the tweeter mounted in front of the mid range unit in a similar way to this.

I’ll bet the JVCs sound much fucking better. They have built in subwoofers, too.