Our Humax/BT Youview PVR has died. I suspect cheap ‘n’ nasty capacitors on the motherboard and PSU.

Has anyone got one stuck in the back of a cupboard that they would be prepared to part with for not a lot of money?

Not sure this helps, but it made me smile: 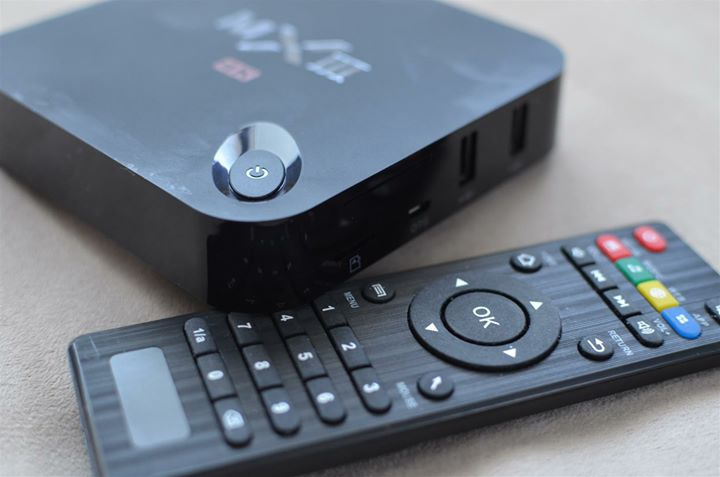 KODI BOX BAN CAUSE FOR RIOT IN STRUTHERHILL

Local gouge fanatic Davie McPherson stated, “It’s no fuckin’ fair. I paid £20 for my knock-off box down the pub, I should be allowed to watch as many bad quality illegal streams of current cinematic releases as I want.”

“Cannae believe this is how they treat normal, hard-working people,” he added, before continuing to assault local Police Officers with a broken fence post.

Lol. I actually have a Kodi box somewhere, a cast off from my brother who has some kind of ramped up Raspberry Pi thing running an American ip address so he can get the US version of Netflix…

It’s no good for what we need though, I need the freeview tuner bit as the telly it feeds is pretty much just a monitor due to a dead tuner card, but it still has a great picture so it seems a shame to skip it. And the fact that Claire won’t let me buy a new telly…

I don’t know if this is what you had, but we bought one of these from Amazon last year and it is a fantastic bargain IMHO, £130.

Chromecast does Netflix if your freeview box doesn’t

Linky not working J_B, but it’s probably a similar thing. Looking at one on ebay now, local and cheap, with no bids because it hasn’t got a remote (which is fine, my existing one works with it), so might be ok…

Yeah, we have one in a drawer somewhere, so can do that, or use the PS3, and get a cheapo freeview box for normal telly. It’s handy to have a single box solution though.

Lol, it’s just fired up, literally as I clicked on this topic to read your reply!

Think I’ll still get a new one, and look at re-capping this one. Black Gates? Nichicon?

I know it’s a long shot, but I might be invited to attend an interview, without coffee, with regard to me being considered a nominally suitable candidate to be recommended as a possible purchaser of the full BHB loom of aerial coax, HDMI, mains cable and plug.

I’ve already checked with the building society and we are eligible for a substantial re-mortgage so hope springs eternal.

I will remember where I was BHB eve - Me and my unicorn went to tea with the Queen.

I will remember where I was BHB eve - Me and my unicorn went to tea with the Queen.

Pull the other one, you fibber! Tea???

Update, got a virtually brand new BT/Humax DTR T2100, with 500gb storage for less than £50 delivered. Works ace and is much faster than the T1000 it replaced. Unfortunately looks like a BT home hub, but it works fine.

And Ellie has managed to get herself banned from Netflix and all other TV catch-up, her phone and computer for a month (sentence subject to commutation to a week on receipt of a proper apology) for pouring a bottle of nice Dog Beater down the sink in the belief that she has all of a sudden been appointed as the booze police…

So it’s going to sit idle for a while…