anyone got a decent one they want to flog ?

Possibly. I will have a look, later on.

No, sorry.
I think I gave them to the person, who bought my preamp, some time ago.

never mind thanks for looking

Demand is huge and supply, while not daftly limited, is such that the market price is what it is (painful). I have a mate who restores vintage test gear and he fairly regularly comes across GZ34s in that. They became Mullard’s stock rectifier from the late 1950s onwards so were used in loads of fairly unlikely things where an EZ81 wouldn’t quite cut the mustard.

I assume a Mullard GZ32 is of no use? 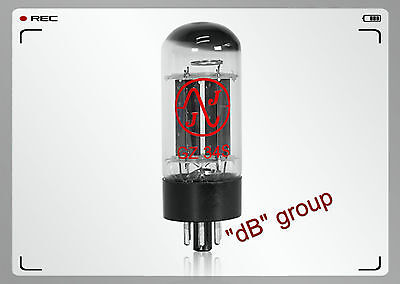 Find many great new & used options and get the best deals for JJ-Electronic GZ34S direct replacement for 5AR4 and GZ34 NEW and TESTED tube at the best online prices at eBay! Free delivery for many products!

Thanks Rob but no

I have a tad in at the mo, just want to have a listen to others whilst I have time for house move wait. Cv378 on its way

I assume your amp can cope with the 3A heater demand of the GZ37?

Although the blurb says yes

Although the blurb says yes

What amp is it for?

The GZ37 is also shown being used with a very small reservoir capacitance - just 4uF. I imagine it will cope with a good deal more than that, especially if the mean current isn’t high, but I don’t know how much more. The GZ34’s good for 60uF though.

Yes HT usually a fair bit lower from a GZ37

I never suggest they are the same, they are quite different as you so clearly set out, but I prefer the gz37

Indeed, and it is a part if what the op will hear when he fits it.
The difference between tube rolling and circuit design