Yo Ho! Ho! and a Bottle of Rum

I have worked my way through the likes of Lambs, Captain Morgan, Woods and a few other random versions.

The best I’ve found is Pussers Gunpowder Proof. Apparently this is the closest thing to the RN issue, other than some horrendously expensive “Final Tot” stuff. I have to admit I have never had any real RN issue rum, so I have no idea what I’m talking about.

Woods smells absolutely gorgeous, caramelicious (probably not a real word) and smooth, but tastes really harsh, whereas the Pussers has a similar aroma, but despite being a bit stronger, is dangerously smooth and warm. I love it.

The only bottle we have is

An extremely high strength rum from Saint Vincent. This is distilled from molasses in a column still.

From Saint Vincent. Surprisingly smooth despite its strength

The Original Dark expression from Plantation has had a little bit of a revamp!

Just bought some of that for enjoying over Christmas.

Austrian rum, now that is something I would not have thought was a thing, despite my ancestry. Will have to give that a try, just because.

A friend who likes his dark rums also recommends Kraken.

I have found that I don’t like dark rum or white rum. I do however like Cockspur, a golden rum. I find it very smooth and palatable.

I agree. But Stroh is the duck’s

Only fit for Xmas puddings.
My job every Xmas, as a nipper, was to pour the Lambs into the white sauce.
The brandy was for medicine.
I loved the job and always went a bit giddy with the amount. Much to my great grandmother’s approval.

Pussers and Havana 7’s are alright, not bad suggestions I’d agree.
Cockspur perfect for mixing, if that’s what you like.
Kraken absolutely gargh imo.
Every Christmas since I came back to live in London, I’ve made a ritual of journeying in to Gerry’s on Old Compton St. My favourite bottle shop.
Usually I buy a couple of random gold/dark rums, just to try different.
This year’s treat though is this.
Neat, maybe a drop of water.
Can’t wait.

I guess I should add that I prefer a gold to darker spiced rums. 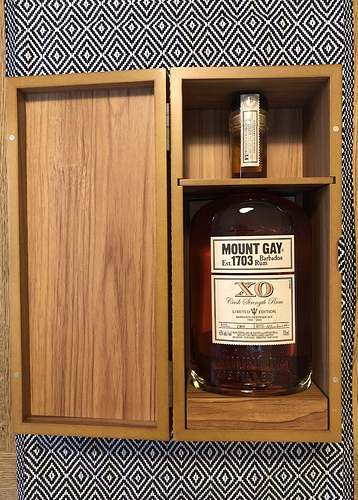 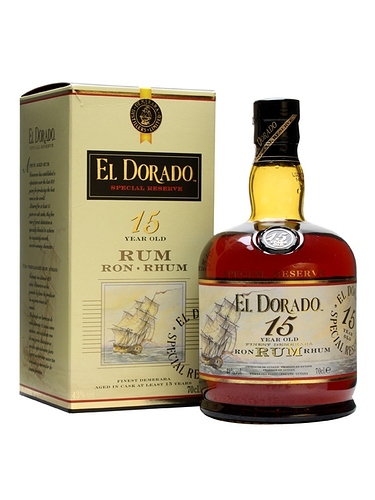 I remember that a mate of mine had a bottle of Stroh that used to appear when all other booze and drugs had gone. I don’t have good memories, it was horrible. Maybe it was his way of saying I wanna go bed now, fuck off!

I remember going to Mount Gay back in the late eighties.

It’s not subtle and an acquired taste. It, to me, is rich enough to sip but needs a melted ice cube or it can strip the skin from your throat. I love the chocolate notes and to say it’s warming is quite the understatement.
It makes a great Austrian Coffee too