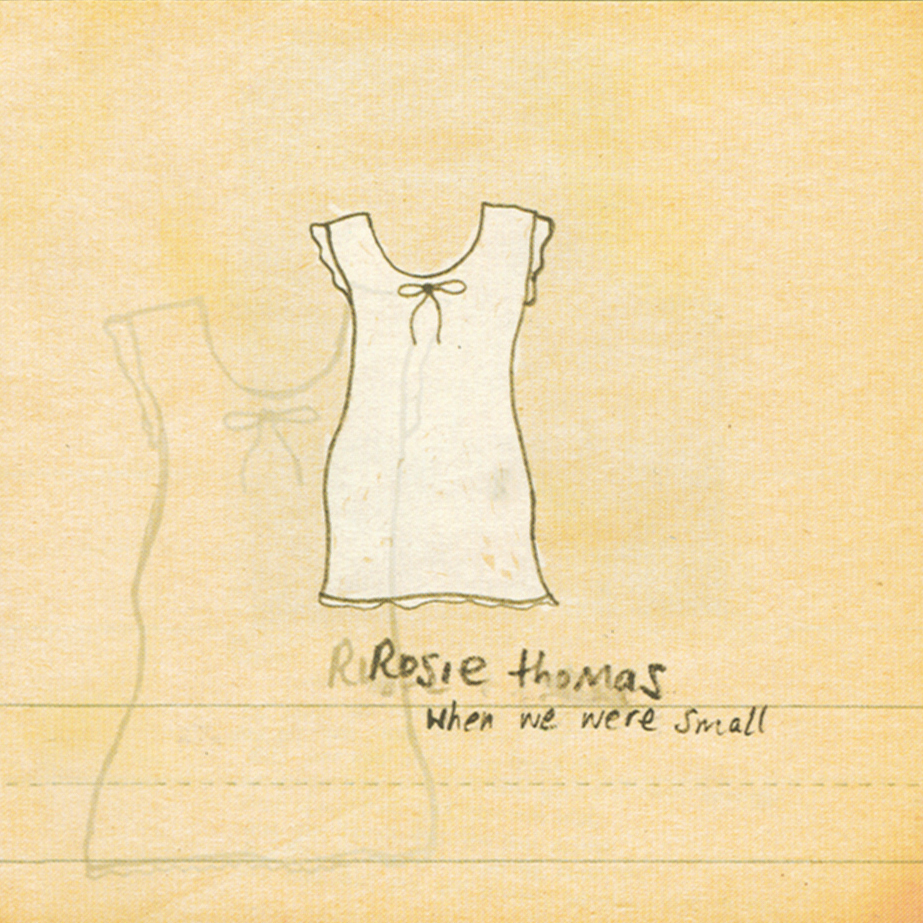 Debut Album released in 2001 on Sub Pop records. The album is intensely personal reflecting the breakdown of her parents’ marriage when Rosie was 14. Many of the songs are written through the eyes of her Mother and capture the heartbreak suffered. To add to the personal atmosphere extracts from home movies are used on some of the tracks.

The album starts with the lovely “2 Dollar Shoes” followed by the aching “Farewell” and in to the redemption of “Wedding Day”. Other favourite tracks of mine are October, I Run and the final track Bicycle Tricycle.

The following lyric from Farewell gives a snapshot of the album.

So no tracks you can dance to then?!

You could try a waltz to Wedding Day

Eek!
Just waded my way through this; don’t think I’ve ever felt wetter or more syrupy-sticky…
It might be personal to her, the band might be competent in a bland country way but it’s BORING.
I mean dull.
And did I say it was wet?
And rather cloying?
1/5.
Here’s something to bang your heads to clean out the tediocrity:

No chance of a totally sad & fucked up childhood there then

Think this is my most popular pick yet

At least he didn’t go for a jazz album.

I think describing it as your least horrific choice so far is closer to the mark.

Not sure where to start with this really. Just one look at the cover tells you this is going to be a collection of tunes by an intense young female singer, probably armed with an acoustic guitar. The opening bars of the first tune are enough to confirm what we are in for: brushed drums, tinkling piano, acoustic guitar, bass guitar and a smattering of electric guitar. The vocal style made my teeth itch as there are overtones of Alanis Morrisette delivering some of the most cringeworthy duff lyrics I’ve heard in a while.

On the other hand, it is not all bad. One tune, Run IIRC, has an excellent descending electric guitar figure that is superbly understated. There are elements of a half decent LP struggling to escape a very dense and in some ways claustrophobic production style.

2.5/5 but definitely not for me. Both my dogs got up and left when I played it this the first time this morning which is something of a first. Not even GNOD at full bore has caused Ziggy to shift his tubby arse off the cushion.

Both my dogs got up and left when I played it this the first time this morning which is something of a first.

It is a very moving album…

I certainly took the precaution of listening to it in the morning after taking my anti-nausea pill. I shudder to think what might happen if some poor unsuspecting individual chanced upon this LP straight after eating four bowls of shredded wheat.

Not many people realise that ‘When we were Small’ is an anagram of ‘fucking hell, this is so boring it makes Mogadon look like an upper’, but it is.

I quite like it, but her voice and the arrangements don’t really grab me. A personal thing, I suppose. Will listen again sometime, but don’t think I will buy it. 2.5/5

A bit of a mixed bag. Not a strong enough voice for some of the quieter bits but very nice when giving it a bit of volume. Not enough quality tracks to warrant any further listens. 2.5/5.

It’s very much of its genre. But I’m thinking it was probably more novel sounding back in 2002?

We get a Sufjan Stevens mention for the second week as she’s a mate of his.

First four tracks all a bit dull and nothing special, but track 5 I like more. Lovely opening 40 seconds. Can hear echoes in Sufjan in that melody.

The rest is fairly average, though track 7 quite good. So I like track 5 and track 7.

Overall, it’s all very predictable and the songwriting isn’t top notch (unlike with Sufjan…) so not something that grabs me. All a bit Dullsville, USA.

This is possibly the worse pile of crap that’s ever surfaced on the AAAC.
Painfully dreary songs. Cuntry dreary at that. And a singer who can’t.

It was so bad I considered playing some Reggae after to cleanse myself of the bile that had risen but would not leave my body. It was sooo dreary that it stultified the sputum. How bad does it have to be to do THAT ?

It is just appalling