Possibly interested in a pair of active standmounts, new or s/h. Budget circa. £250

Not on here, but I just missed out ( through not making my bleeding mind up) on a pair of Quad 9AS on Ebay. They’ve got a built-in dac, and would go well in the study. Worth looking out for a pair perhaps ( no idea what they sound like, but probably inoffensive & safe ). New they are 599, new on the bay 349, and the used pair I missed was 275 or nearest offer.

What happened to those things Sodders was hawking around when he first started up? I can’t remember the name of them. 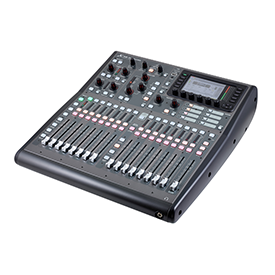 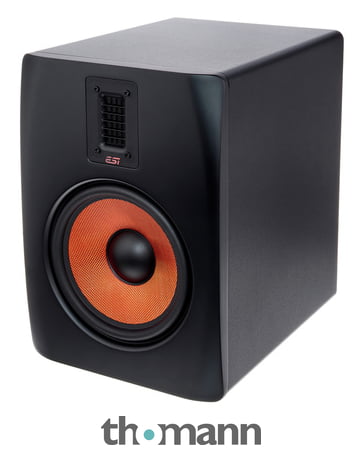 There was also a smaller 05 pair.

They sounded OK when I heard them yonks ago at a bake off, mind you I think they were paired with an L10 at the time.

If you can go a touch higher I can recommend a pair of Adam F7s - for a studio monitor speaker they’re very sweet sounding. I was almost tempted to lose y Ditton/Leema/Bryston combo they’re that good!
And all for £450 inc. stands from Music Matter.

Why not DIY it? £100 on drive units, raspberry pi with brutefir, USB sound card and a couple of T-amps. You’d have change left over

Interested in a pair, but looking at the power and sensitivity measurements given, I’m concerned that nothing looks tailored for conversational volume.

If anyone comes across something in this line that sings from low volumes, please say.

I used to own a pair of the ESI Unik 08, fed with decent signal they were very very good, the ribbon tweeter was excellent.
I only sold them as they didn’t have front covers (they don’t come with any) and I was scared of damage from the kids etc.
A local friend of mine Chris bought them from me, he may still have them (I think he uses some BIG Celestions now) if you want I could put you both in touch.

These seem a good price, and should do you proud.

I heard some of these, they aren’t bad at all but sound a bit more ‘disco’ than the Unik 08.

Stupid question, but are the only inputs on these balanced XLR connectors?

They are both, you can use single ended also, on the unik08, the socket takes a 1/4" jack plug and an XLR.

What happened to those things Sodders was hawking around when he first started up? I can’t remember the name of them.

Have you asked Sodders if he has anything ex dem left?

The ESi Unik 08 I had were from sodders, in a round about way…

You didn’t have to do ’ special favours ’ by method of payment did you?

I got a ‘friend’ to ‘buy’ them, I then paid actual cash to that friend, he still had that distant glazed look of horror in his eyes…