And so, the mission begins. Hard drive reco's?

Time to just man up and get on with it, I guess.

Anybody have any recommendations or know of any good deals going ?

A well respected streamer builder ( Innuos) use Western Digital Red drives, and have done for years.
Says something for reliability. You can buy any drive and stick it in any kind of case you want, from a NAS system, to a portable USB case.

Buy a NAS rather an external caddy as you can go for RAID 1/5 and have some resilience.

I use a QNAP TS251+ with SSDs in RAID1 and then backup my music to Amazon Glacier.

I have a couple of 2TB Seagate USB HDDs that are just over a year old. I’ve had so many failures with USB drives over the years that I do not trust anything. I’ll replace the Seagates before too long. Stuff isn’t backed up unless you have at least two copies of the original IMHO.

Are you putting this in the listening room or elsewhere?

Then I would seriously consider 2.5" drive(s) in a quiet enclosure.

Then I would seriously consider 2.5" drive(s) in a quiet enclosure.

This. I back everything on my Inuos up to a NAS and also to a pair of 2 TB portable HDDs. The NAS backup happens automatically. I do the USB drive backups on a Thursday and keep one in the office as a means to minimise my paranoia about re-ripping everything…

Excuse my ignorance, but an example being ?

Pretty sure I have a 2 bay QNAP that I’m not using in the garage somewhere and the Samsungs are around £200 each.

3000 CDs would fit onto 1TB, and that becomes more affordable for an SSD - less than half the price. But I would go for HDs in a NAS system, especially if there’s a freebie going! Bung that next to the wifi router.

Personally I’d go for a cheap(ish) NAS so that you don’t always have to have computer on.

In future you may want to use something other than your laptop as a source. 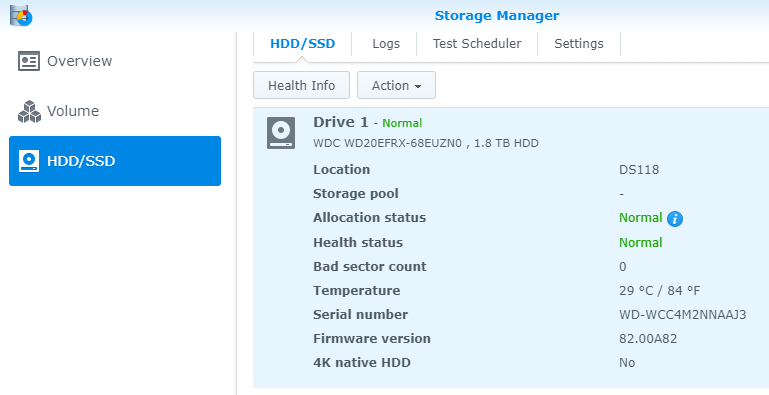 No idea why those links aren’t doing the linky thing.

That sort of thing.

That could be ideal; thanks.

I have a Synology single bay NAS with a 3TB WD Red.
Mine has been perfect over the last four years my model is DS115 which was the latest incarnation at the time I bought it. There are regular updates released from Synology.
Don’t need the computer on and is more or less silent

I bought a 1TB Seagate SSD recently for £115. Very happy with it so far. The main reason being that my Lumin streamer was struggling to power a standard external drive via the USB. (I don’t use a NAS)

The Seagate® Fast SSD is ideal for personal, portable storage. 1 TB of capacity with the latest USB-C technology.