Thought I should start a thread to capture the build of the new LCR phono for a fellow slaughterman.

Have spent the last few months doing design and simulation, ordering parts and some fabrication. It’s getting to the point where it’s coming together. 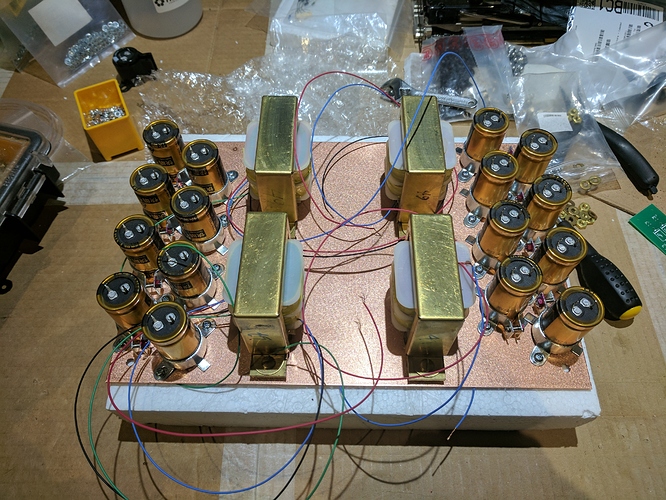 I hope that wiring is unicorn pubes.

There’s some serious foo going into this, for sure.

This has been turning into more of a HiFi forum recently…I like it.

Will it also have a gold knob?

Will it also have a gold knob?

This is not the Cheshire version.

I look forward to seeing it in the flesh.

Pissed myself at the Model number

Pissed myself at the Model number

Is this one mine or Dave’s

By then I will upgrade mine to become MBTJ’s!

Haha, phono stage arms race! When I finally get the original, I shall phoo it up to MBTD&J spec.

Haha, phono stage arms race! When I finally get the original, I shall phoo it up to MBTD&J spec

Bit of work on the top deck - added the mounting brackets for holding connector blocks which will connect to the lower deck. A right faff these were to fabricate.

Mounted the foo caps and stand offs for building up the CR part of the LCR which will live on the little sub-shelf which will hang below the top deck.

Had hoped to get more done, but had to go to Screwfix to pick up some nuts and ended up tidying my collection of fasteners into storage boxes. (yeah, really) A job that was long overdue. What fun that was. 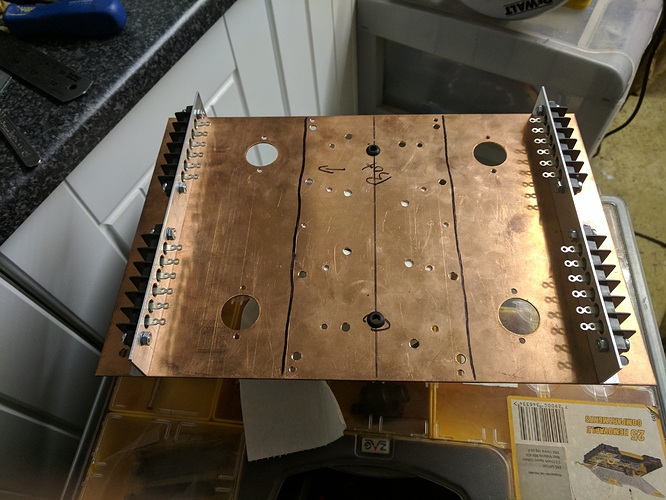 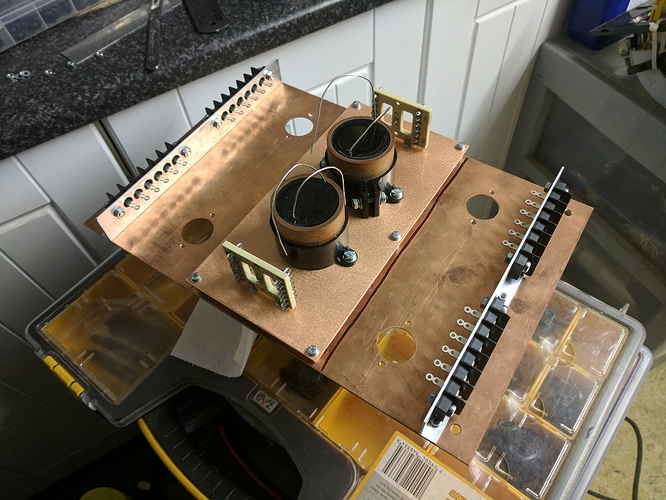 Not today’s work, but the PSU box is also in progress. Custom mains transformer and Lundahl amorphous chokes. 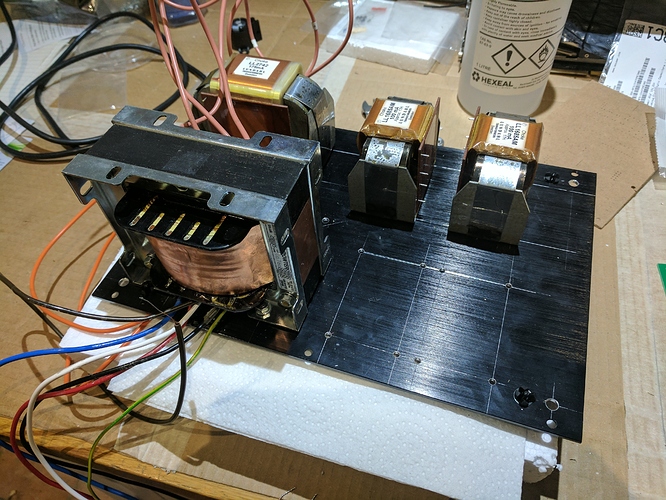