Covfaffe - the road to despair, calling at futility and disappointment

£110 on an espresso/pourover course seems like a nice way to spend a morning on a hobby. I might suggest that as a gift idea some time.

I was surprised at the price - courses I’ve seen in Borough Market have been a lot more.

That said, they don’t seem to have that many available over the next few months. I might call them up in case their website isn’t up-to-date.

I know what you mean. Each cup I have I feel it’s nearly there but there is always something I feel should not be there taste wise, like I can’t find the sweet spot right in the middle. I’m buying some different beans to see if it’s the bean.

Seems like a never ending experiment at this point.

I’m buying some different beans to see if it’s the bean.

The grinder should be the best you can get

Still moving along with the grind so will hopefully get there. Spent more on the grinder than anything else after seeing the Hoffman bloke recommend that.

Grinder is 1Zpresso K-plus. Should be able to dial it in with time I imagine. I’m part of the problem with time as I keep forgetting to change setting and use the same setting as previously for a a few cups before making myself change it before putting it down. So it’s taking me ages to move along.

Yep you have to be methodical to start until you get the flow and learn the ways.

When I’m dialling in I go fine enough that the v60 clogs or takes to long to draw down. Then go a click courser each time you brew until it goes too far, then knock back to the sweet spot.

But these days I get close visually then can taste when I hit the sweet spot and don’t have to hunt around finding it.

I’ve moved up a bit today so that it’s more coarse and it was quicker, better, to flow through and the taste is getting there but I don’t feel I’ve quite hit that sweet spot yet. Until I do it just feels like I never will!

Will keep moving up the clicks from here and see how it goes.

The posts on here are encouraging though, makes it feel like I should end up hitting it eventually.

Was hoping for an idiot proof machine but No you have to weigh shit in and out. 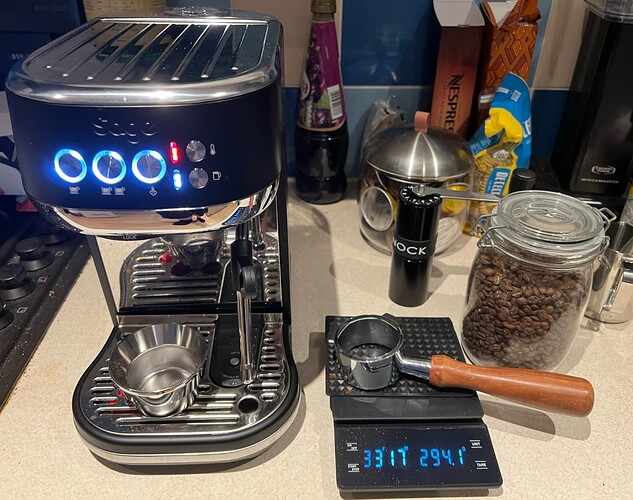 Sleeping is for bambinos 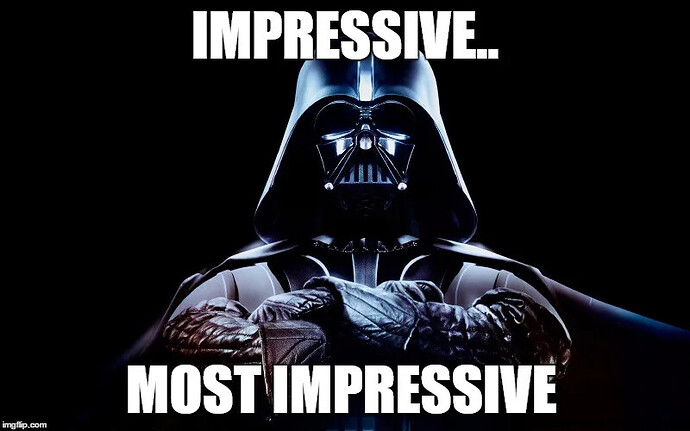 So one of the features of the Bambino that I didn’t mention at Lopwell is manual pre-infusion and you should definitely be using it @Ruprecht @Stepmotheratomicbomb @thebiglebowski.

I found about 7-9 seconds works best - experiment with what works for you obvs. It pre-wets the cake at low pressure which in turn helps to reduce channeling in your brews.

manual pre-infusion and you should definitely be using it

How to perform this wizardry?

Press and hold your shot button for the amount of time you want to pre-infuse. Release the button to carry on the shot. Press again to stop the shot at the correct weight of liquid.

Note: one of the tradeoffs of such a machine is you’ll notice the shot control is not very good. You have to get into a groove of knowing when to release the shot button to get the right weight, otherwise it over does it. E.g., if you want 36g out, you’ll need to press the shot button to stop the shot at about 31-32g on your scales and the remaining 4-5g will come through.

All in around 30 seconds total. Assuming a light roast bean.

I do a ten second mostly. My pal who got me the discount didn’t know about this 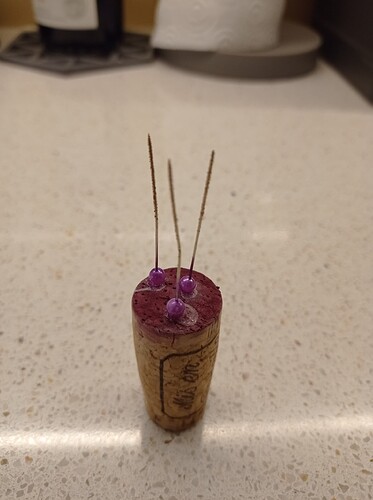 Finally got my portafilter and put the IMS filter in,

It’s a bit splattery, as in fucking everywhere
Any tips on minimising splatter?

Sounds like that’s more a function of the basket than the portafilter. Using the IMS basket you’ll want to grind finer. Splattery is usually a sign it’s running through too quickly.

I’ll knock it down a couple of notches and see

Have been experimenting with pre-infusion mesel. There is a couple of ways of doing it with the GC. The ‘best’ way apparently is to slightly open the steam valve so that not all the pressure goes through the group. You then hit the shot button until the first drips appear, stop it for a few seconds, close the steam valve, then hit the shot button to finish the shot. Opening the steam valve just enough is tricky! I’ve had a few moments where I’ve had water pissing out all over the shop but not withstanding this, it actually makes a positive difference.

I was messaging with @dom this week, telling him that a mate of mine made me a coffee with his Niche and a knackered Rancilio, with no real measuring. It was really excellent! I’m going to have to get a Niche.

Probably best to get two, one set for espresso and one for pour over. Just for convenience sake

They are pretty much always in stock now