A general thread for to pass on pearls of practical wisdom to each other, thus creating a close, harmonious community.

Does anyone know what type of paint is best to coat the render on inside of builders opening?

I’m thinking perhaps an exterior one due to heat once I can actually be arsed to drag the stove into it ?

Google found me this thread https://community.screwfix.com/threads/high-temp-paint.91261/ the last-but-one post has an answer. They reckon emulsion should be good to 70C. Outdoor masonry paint must be able to survive on rendered walls in a suntrap (ours get too hot to touch at this time of year, so that’s over 50C). It survives well below freezing too.

A tip from me is that the title of the thread should be donutery, not dounutery (sic).

Thanks Graeme. However standards dictate that I will never ever look at the screwfix online forum.

I suggest scratch and sniff paint for your builders orifice.

You’re welcome Stuart. I feel the same about mumsnet. And Facebook.

Oh Phil, you are lovely

I was chatting recently to a German engineer who worked on designing the heat protective tiling inside these massive chimneys that have to stand huge temperature.s. because of a mistake in this tiling they lost the entire inside of the chimney because the heat breached the tiles. Cost the company millions

Anyone know a good authentic recipe for Georgian render?

Hmm, I need to sort the render on mine (which is Victorian rather than Georgian), I have a feeling that it will be fiddly and expensive.

A couple of good articles here
and here

ah he did not make the mistake apparently , it happened because of a communication breakdown i believe

Having read through the sites Gregg kindly linked to and finding a few more it sounds like a massive ball ache. As mine is only patching a few damaged areas I might just call in a man to inhale through his teeth a lot and do the job with polyfilla while I’m at the shop buying his choice of biscuit.
F.U.C.K D.I.Y 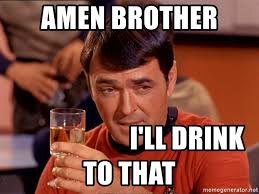