Dicking about with crap old cars

Had this grand idea that I might be able to replace the rear springs and refurb the springpans on the back of the Alfa.
Springs are well overdue replacement front and back. Front is a much bigger job, so was always going to let the garage do that.

Have been spraying wd40 on the bolts for a bit as prep for the battle. Have long bars n hammers to hand. Can I shift the bolts? Not a flipping hope. This is the second time I have had the idea of playing with suspension bolts. Last time my thumb went a bit hurty after smacking it with a lump hammer when dicking about with a GT6.
Will be paying the man to do it. Bugger.

Did manage to adjust the drivers window properly so that it doesn’t catch the hood when closing. So feel not completely useless. just mostly.

Will un-sorn it tomorrow and have a pootle in it. Be nice that. In a sort of noisy and draughty way.
Wind blowing through my few remaining hairs and all that.

get some plus gas dismantling lube

All a bit too close to bushes to get a blow torch out.
And I would probably end up with no car or garage.

I would probably end up with no car or garage.

This is the way

I’ve had to learn to gather replacement nuts and bolts for any jobs under our doggy limo (Volvo). It’s only 14 years old but has had salt / brine on its bits for about half that time due to the climate. Many of the fasteners are just too far gone - heads so corroded nothing grips worth a damn, so replacing them is the only option. 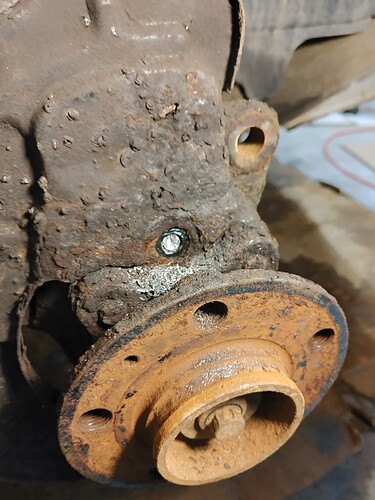 If you can get to both ends of the bolts, it may be easier to sacrifice them via drill and grinder… 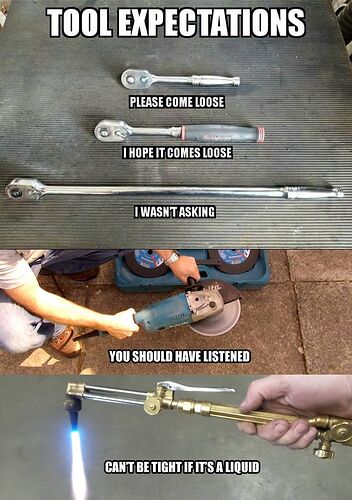 Today was drive to work in the Alfa day. Hood down. Noisy and draughty with a shit stereo.
Bloody loved it.

It would have filled up like a bath (assuming it doesn’t leak like a sieve) up here today. The weather is filthy.

Only day I could take it out this week. Just taxed it again, and it likes a bit of use before the mot in a few weeks.
Failed on emissions and handbrake last year. Bit of spirited driving for a couple of days and all was good.
Was hoping to have a trip out in it over the weekend. Weather looking a bit more average than predicted earlier in the week.
Maybe it is a weekend for dicking about with caravans.

Today was drive to work in the Alfa day. Hood down. Noisy and draughty with a shit stereo.
Bloody loved it.

You’ve caught the Alfa bug. I’'m sorry to say there is no cure except a life of buying Alfas.

Had it for nearly four years now. Nice little car, and cheap. Got it for £1100 a couple of days before we went on holiday in it.
Only thing that failed so far is the old battery. Had that happen in a 911 once. Bit embarrassing.

Four years and the only failure was the battery. Tremendous. You’ve clearly got a good example.

It will need the odd thing doing, but so far it has been good. New springs all round this month. Cam belt at end of year. May be a bush or two will need doing soonish. See what the mot man says in a couple of weeks.

About 4 and a bit miles per pound. Think I will be using the accelerator quite gently in future.

Dropped the Alfa off for the mot today. Don’t think there will be much wrong with it. Maybe a couple of advisories for bushes from last year will turn to fails. But that would not be the end of the world.