Just doing a spot of market research. Have had this running on Facebook but aware lots of you aren’t on there:

Would you be more interested in the notion of an all-pork based food truck, or a deep-south focused food truck?

I didn’t vote on your Facebook poll as I didn’t know what you meant by either of them. I’d need to see some kind of indicative menu to understand better.

Will most of your clientele be French - might it be better to survey them about Murrican food?

I’m doing that too, but tourists and ex-pats also form a reasonable market share.

Have updated the OP with some sample dishes.

Hah, I am not your target audience I’m afraid!

I voted pork but the reality is I probably wouldn’t buy from either. My experiences of pork trucks (Even the so called higher end ones) is of over cooked greasy shreds in a dry bun with tooth breaking skin. Although now you mention sausages, lomo maybe.

As for the yank stuff, i find typically over smoked, too sweet and unimaginative.

personally I see both as problematic.

what’s you planned modus operandi for your meat wagon? A pitch on street markets, (food/music) festivals? or are you going to operate like an ice cream van?

Yeah, getting the dishes right is hugely important to me. I really detest the notion of serving bad food, whether it be fine dining style or much more rustic fare.

As far as exactly how it will operate, I think to a degree that’s going to be a matter of trying a few different strategies and seeing what works. There are plenty of different avenues to explore, from night markets, traditional markets, big events, and just rocking up at busy thoroughfares at meal times. I’m pretty sure that if I am in Bordeaux centre that I can do Uber Eats, Deliveroo etc.

I’ve definitely still got a lot to think through!

If the fried chicken comes in a bucket count me in.

the two most memorable food trucks I have come across was a Sausage Truck, selling about 8 different types of authentic sausage from around europe. This was at a food fair in Barcelona

the second was a Japanese truck, selling freshly made Sushi, grilled (over wood) Yakatori kebabs and miso soup…it was top notch and the queues were down the road. This was at a street market in Porto.

Did some pan fried yakitori this week, worked really well. Need to get much better / quicker at boning and portioning chicken thighs mind!

Neither of which are in France the last time I looked.

Need to get much better / quicker at boning 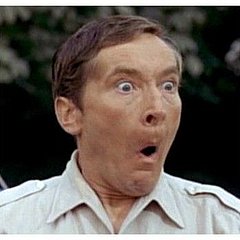 Neither of which are in France the last time I looked.

and your point is?

Have you picked US style food because of a specific reason - is there a gap in the market, or do you think it’s popularity is growing?

French France is far more parochial than anywhere else in Yurp.

Have you picked US style food because of a specific reason - is there a gap in the market, or do you think it’s popularity is growing?

Both of those options are based in no small part about things that I really enjoy cooking, and cook to a standard I’m happy to sell. Southern US cooking is pretty popular in France (a lot of it actually originated in France of course) and there are chains like Buffalo Grill that do the whole Southern thing, it’s just done really, really badly.

The other thing the French really cannot do well is burgers. I don’t think I’ve had a single burger over here that wasn’t completely devoid of seasoning or flavour.