My (now sold) AT-LP5, as good as it is, was only ever intended to be a stop gap following my 2015 great hifi sell off. For several months I’ve been thinking about which TT I’d be happy to use long term, at one point I nearly started another PTP idler drive but thought better of it, just can’t be arsed any more. Anyway, long story short, a few days ago I handed over a load of money to Richer Sounds and walked away with a brand new Technics SL1200GR disco deck. 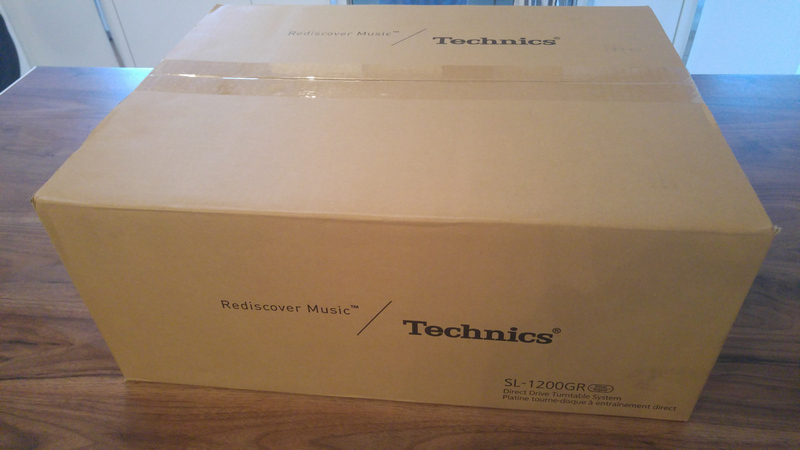 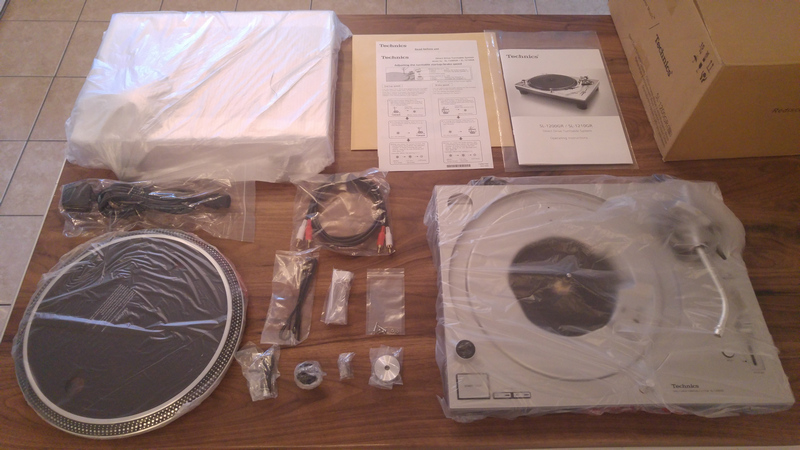 This isn’t intended to be a review, think of it as a fan boy’s knee jerk, honeymoon love-in and you won’t be far wrong…

It’s built like a tank, I mean proper chunky. The platter is approx. 50% heavier than the Mk2’s. The new, more powerful motor is designed to significantly reduce cogging and if the marketing is to be believed the arm is hand assembled with improved bearings, plus there’s an improved chassis construction for better vibration control.

The feet are also a clear improvement, they isolate the deck from vibrations more effectively than the original ones, so much so I reckon they’d be a bit crap for DJs. The whole deck moves a few mm if it’s forcefully pushed, some heavy handed scratching would probably cause the arm to jump.

The platter’s brake force and motor torque can now be adjusted without removing the platter, there are 4 small buttons sunk into the plinth accessed via one of the 2 holes in the platter, corresponding flashing LEDs indicate what you’re doing. A cocktail stick is the ideal tool for the job. 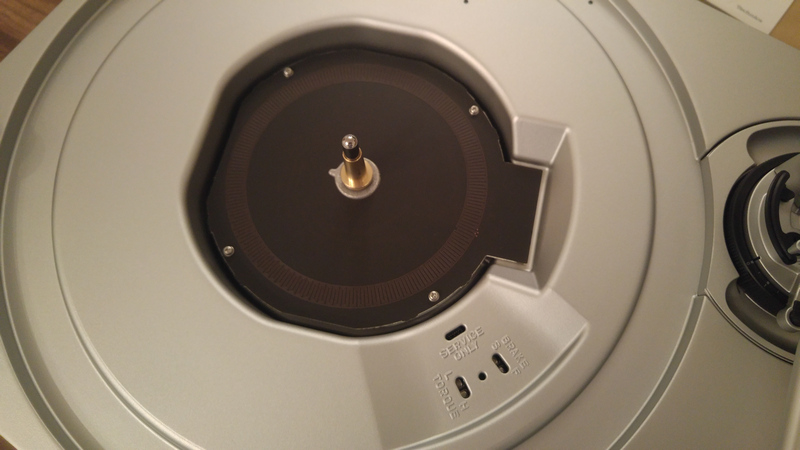 My only initial criticism is directed towards the arm lift, it is same lightweight (crappy) mechanism they fitted to the Mk2, it works reliably enough but doesn’t match the robust, industrial feel of the other peripheral components. VTA is via the big knurled adjustment ring around the base of the arm, no change there, but makes alterations a piece of piss. 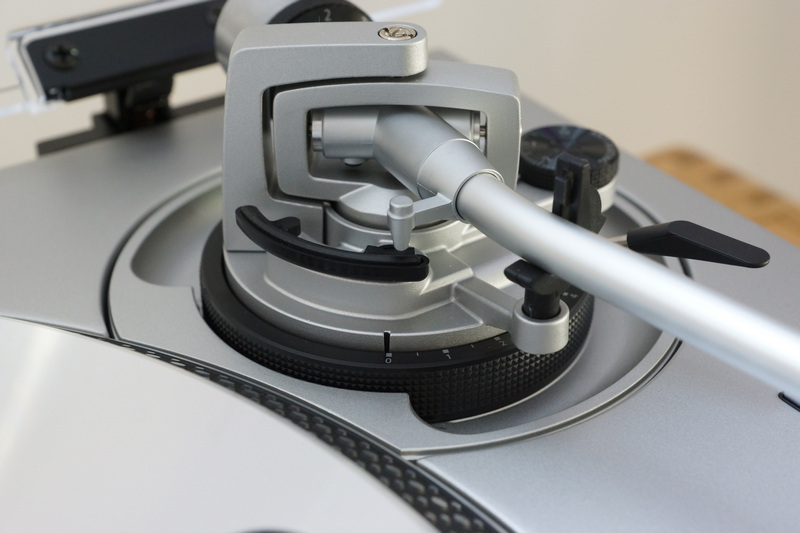 Cartridge alignment is with this little plastic gauge, make sure cart is square in the head shell and that the tip is level with the notch in the plastic holder, tighten the allen bolts job done, a 30 second procedure (hence the sale of the Dr. Feickert Protractor). 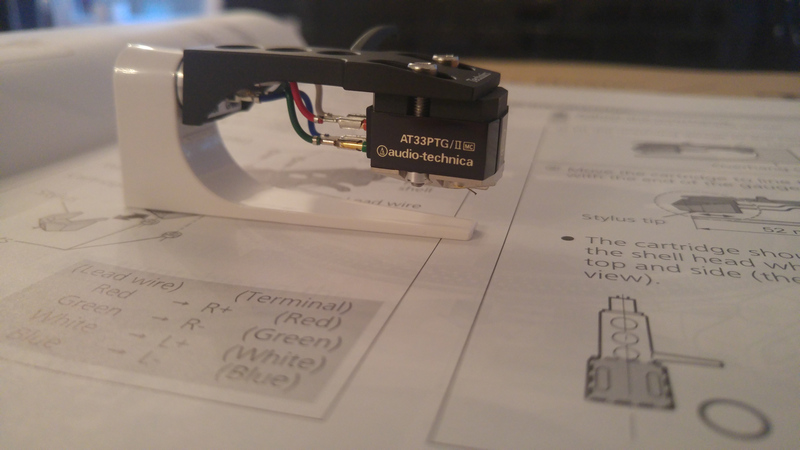 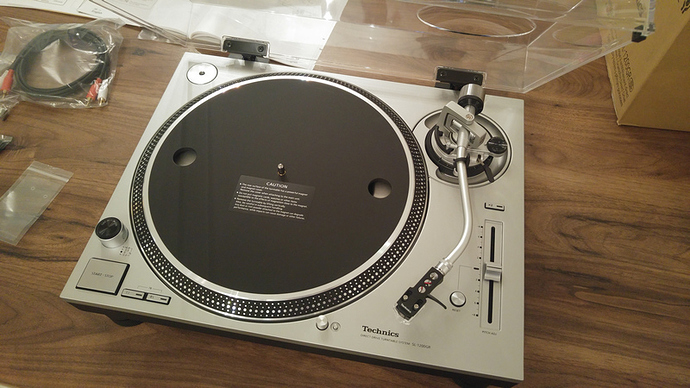 Blue power lights and speed indicators are a bit meh, I’d prefer red, but so be it. They’re not overly bright and look smart enough.

I’ve not bothered with the rubber mat, everyone knows they royally bugger up performance, so my Oyaide MJ-12 has taken up residence (seriously pleased I didn’t sell this as they’re hard to come by now). With the MJ-12 installed it looks uber cool in my eyes, even my other half is impressed with it’s appearance. 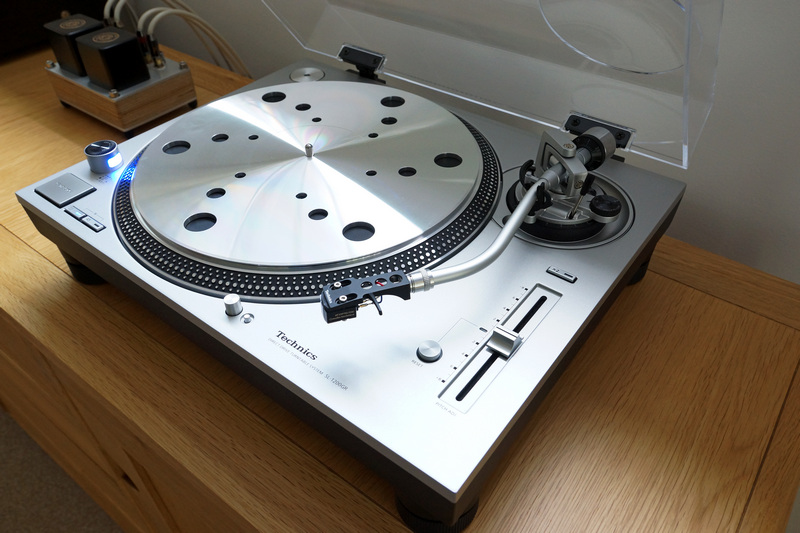 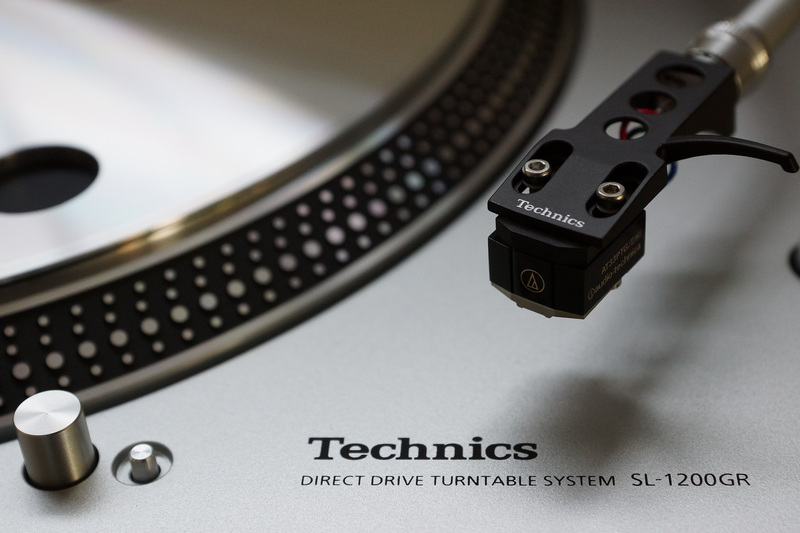 How does it sound? It sounds like a quality hifi turntable. I can only agree with what I’ve read elsewhere, there’s a fair whiff of SP10 about it. The grainy Mk2 sound is no longer identifiable (so far at least) and the timing, which is critical to me is impeccable. If you want a floaty sound stage you might not be too happy, if you value precision, detail and power, which I do, then jobs a good’un. Having totally reorganised my listing room, speakers now firing across the 7m width (curing bass suck and boom problems) there’s plenty of sound stage to look at anyway. 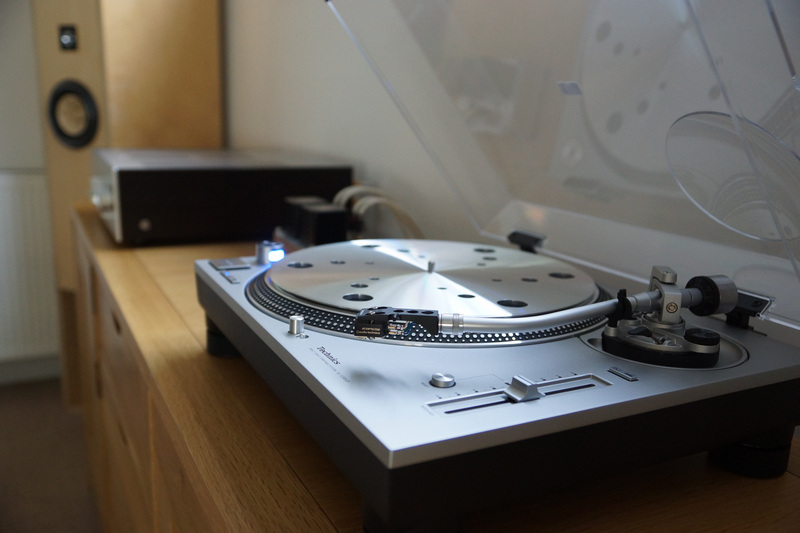 I’m using an AT33PTG/ii at the moment, it seem happy enough in the arm. I’m probably going to acquire a decent MM, perhaps a midrange Nag. Doing so will mean I have to rewire my HM3 SUT as there’s’ no pass through switch at the moment, a job for the winter months once I’ve worked out how to do it.

Might add to this at some point once the dust has settled, not that anyone gives much of a shit,

How much were you paid to write this?

I’d like to hear one. Preferably alongside an SP-10 mkII, just out of interest.

Build wise they are a real bargain imo.

Not heard one,but had a decent look at one at the Bristol show,looked extremely well made.

It does look good with that Oyaide MJ-12.

Yeah, i dont feel hard done by, even though actual parts and labour costs to screw it together is probably £200 max.
For the money I doubt there’s anything new thats built like this.

Looks great Graham. (Some nice photography skills there) love the Oyaide mat too.

What’s the price on one of these?

Just noticed that I can hold a cleaning brush on the record with a normal amount of force and the platter doesn’t slow down at all.

actual parts and labour costs to screw it together is probably £200 max.

Lovely write up and pics!
I’m guessing Technics are producing these in sufficiently high numbers to be able to absorb the excruciatingly high set up costs of die casting the platter. I read somewhere this was one of the reasons the 1200’s went out of production (new die’s were required) The R&D costs in creating the new motor would be very high too I would guess.
I did see the Ltd edition one at Bristol and the damped platter with Brass top was beautifully done. Of course Technics are trading on the cache of an iconic TT and aiming at the ‘grown up DJ with a few £’ as well as the audiophile market which I think is a fine thing indeed. I hope it is so successful they consider a revised SP10 MKIII too.

Id be lying if I said that wasn’t a significant part of the appeal.

Have a look at this…(its the spendy one, not mine)

Fantastic! it’s great to note some of the processes. The average ‘Cottage’ manufacturer would be outsourcing much of this work in addition to lesser volume runs. In short the Technics is a bargain at the price. I particularly liked the brass platter milling. Whilst the task may appear simple - make a flat disk of brass, it is technically not so straightforward.

Yes, its nice to watch. Significant barriers to entry there.

Have you heard the GAE Graham?

No I haven’t and never will by all accounts…The SL1200GAE was the very limited edition TT released last year, it allegedly sold out in the first 30 minutes of going on sale, that cost £4K iirc.

The SL1200G variant (aka SL1200GEG-S) is the high end version of the one I have (the GR) with the twin rotors that’s available now and costs approx. £3K and I’ve not heard that.

I did consider the G, it’s not beyond the realms of possibility, but decided against it as it would be out of kilter with the rest of my kit and for playing a records in your front room with the TT on a sideboard waiting to get knocked the GR is enough.

Tony L on PFM had a G. He sold it recently as he said ti was too neutral and preferred his TD-124.