Well, this is an audio forum…

My Mrs, Ann’s hearing has been deteriorating steadily over the last few years, some of you know her quite well and might even have noticed that you need to speak up when talking to her.

She has been talking to her doctor and she’s had a MRI scan - he says that it’s not operable or treatable but she’s still not been prescribed hearing aids on the NHS. This is partly because wax removal has always been an issue - she has incredibly tiny ear-canals which make cleaning them very difficult.

She had a hearing test at Specsavers this week and they recommended hearing aids in both ears. Due to the tiny canals, earbud types would not be suitable, so it has to be the over-the-ear type. She often works in situations of high ambient noise (she’s a playground supervisor at the local primary) Specsavers said that only high quality 36 channel aids would do the job @ £2k a pair.

) but having golden ears myself, I’ve no experience in this area of audio kit, so no idea which ones would be the best for her.

You lot, however are pretty much old and mostly deaf so must have loads of experience

Any experiences, recommendations and the usual insults would be greatly appreciated

I have hearing loss in my right ear. Have had for a while. It makes following conversations in noisy environments quite difficult. I did try an NHS hearing aid but a, the sound was awful & b, it sets off or rather makes much worse the tinnitus in that ear. So for now I’d rather do without although I will investigate newer, more precisely programmable devices again but am aware that they are £££.

I’ll be interested to hear how Ann gets on.

I’ll be following this with interest. When I was prescribed my hearing aids on the nhs I asked about the private ( more discreet ) hearing aids but the surgeon who operated on me advised they wouldn’t be any good with my hearing loss. Like Guy , I suffer in noisy environments and struggle to follow conversations.
I never got on with my hearing aids , and didn’t bother wearing them. In fact I was told if I’m getting on fine without then hand them back in at my next check up which I did. Haven’t used any since.
Good luck

My wife was lucky enough to only need a basic one, but she bought one from Amplifon, and has been very happy with it, and their service.

I have a pair of Phonak Nathos 5+ Micro hearing aids. Got via the NHS in Sept 2017. My hearing has been deteriorating slowly for the last 25 years or so. The audiologist told me that the ear/brain interface can compensate up to a point until it can’t which is when people then notice the hearing loss. My ears are broadly the same. My left is down a couple of dB overall.

The Phonaks are the programmable type. My hearing test showed a generally flat response (for my age) up to about 3kHz then a sharp drop of over 12dB until 7kHz where it then picks up again - I’m good to about 12kHz, typical for my age. The fella took one look at the results and asked ‘power tools?’. Spot on and a common problem for blokes of our age if you use tools a lot. Going to loud rock gigs in my 20s and 30s wouldn’t have helped either.

The Phonaks are a joy for me! I now listen to music at lower levels and can’t abide listening to Lowthers any more. For years I thought they were right, now I know they are terribly bright and mid forward. To begin with the aids sound a bit unnatural but after a week or so the ear/brain interface compensates and now they sound normal to me. The audiologist warned me off making quick judgements.

An advantage of the programmable types is I can go go back if I notice a change, have another hearing test and they’ll be reset to suit.

Are your rechargeable Jim or batteries? From a purely practical point of view rechargeable aids would seem to have a big advantage…

Tiny batteries. Non rechargeable. If I use the hearing aids all day every they last about a week. I don’t bother putting them in if I’m just loafing about and typing shit on AA

Also very handy when the grandkids are here and being noisy

If you get NHS issue aids you can get them for free. Or a six month supply from eBay will cost £16 ish.

I got my Mum a pair at Boots last year. They cost around £1800 and are they are the rechargable type. She had been using NHS ones for ages which were hopeless.
I have to say that I was very impressed with the Audiologist and general service. They schedule follow up appointments for tweaking the volume and EQ settings. Certainly a worthwhile investment. Also as I remeber you get a few weeks trial period so have the option to return them if they are found unsuitable which takes the stress out of spending so much.

Sue (aka Mrs Rat - my parther) has had a pair from the Amplifon company - seem to work very well when she bothers to put them in - but they are expensive, £1650 each.

I was issued a hearing aid 10 years ago, shortly before moving down here. I was referred by my GP to Whipps Cross hospital and got it free on the NHS, I’m surprised that Ann hasn’t been offered this service. Like Guy says up thread, I have hearing loss in one ear ( left) and really struggle in pubs and other places where there is moderate background noise. The hearing aid is digital and programmable, over ear but pretty discrete. I don’t like it for listening to music, it makes everything sound like you are hearing it through a long, narrow pipe. I did have a conversation with @sjs at Munich and he reckoned that the one he has is better but I cant remember why, or which type it was. Mine is a Siemens.

I’ve heard people say that Ritchie. Maybe I’m really just a deaf cunt but mine sound great to me. I’ve even been to a couple of small, local gigs and they sounded fine with live music as well.

I don’t like it for listening to music, it makes everything sound like you are hearing it through a long, narrow pipe.

And I have received a new one since then @Wayward !

I do have one ear which is perfectly ok, the other went south about 10 years ago after some weird viral infection. I resisted having an aid for about 2 years until the Consultant persuaded me it would reduce my tinnitus, and it does do that very effectively, almost as if the brain has an internal gain control, and after a couple of days it adjusts and the tinnitus also reduces. So quite unlike the the experience of @murrayjohnson . Although I must admit the first couple of weeks wearing an aid was horrible as it sounded like I was wearing the audio version of a magnifying glass, everything was far too big and loud. After a couple of weeks the brain adjusted and all was good.

The old Oticon had 3 settings, one regular, 2nd for loop and third using only the front mic which really helps in noisy environments, and when listening to hifi

I now have a newly issued NHS Oticon Synergy Spirit which is much better, and has an extra fourth setting the audiologist gives to all her “musician” clients which doesn’t use any of the digital feedback or noise cancelling circuits, and it is a really big improvement when listening to music.

I have also been trying out the different in-ear domes that go on the end of the mini tube, and they make quite a big difference to comfort, sound quality, and stability i.e. squeal due to digital feedback.

so, a bit of hearing aid faff

Audio Lab Yah! is in talks with leading scientists to license the ‘nano squeaker’ - Apparently the results are astonishing with no major side effects other than an urge to nibble and run up clocks 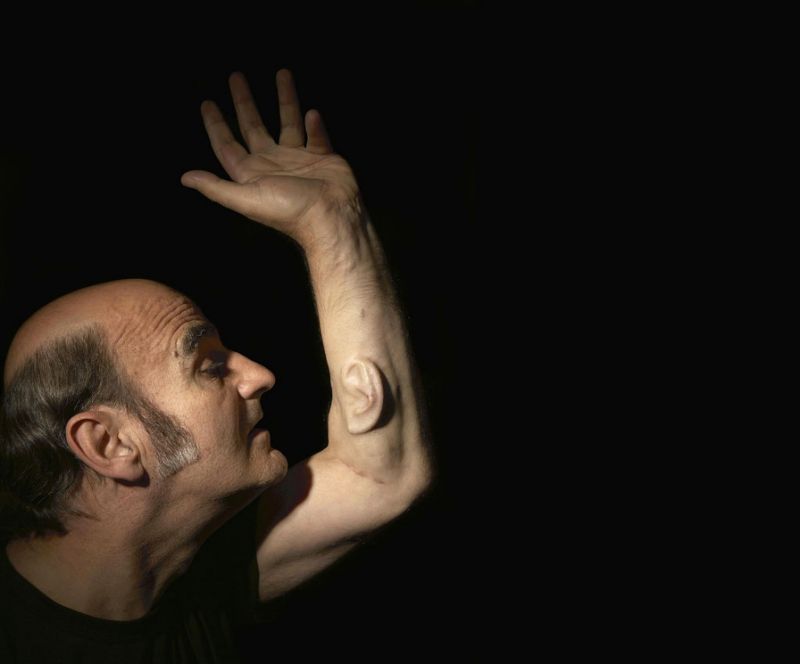 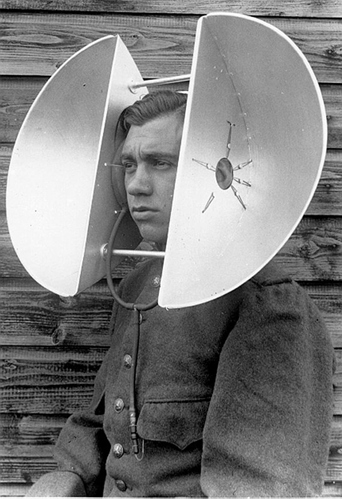 Yehbut, what about a windy day?

Every day is a windy day in @Jim’s house…