Are these flexible hoses good or bullshit? 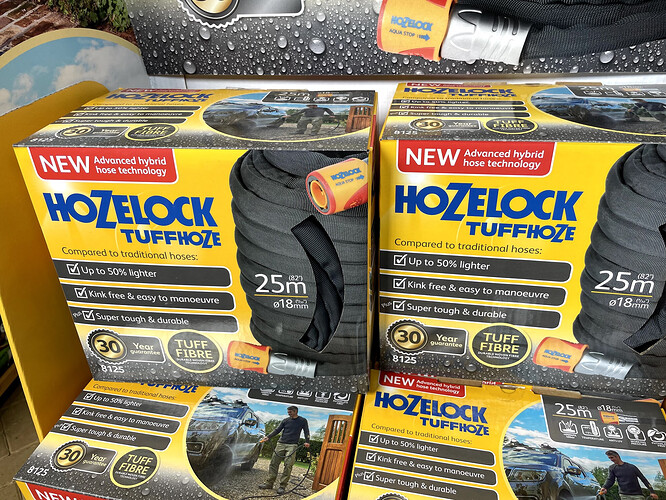 Or is your traditional Gardena hose on-a-reel the way to go?

I read the title and thought it would be sock foo

I can always reterminate it as speaker cable if it’s crap.

Hmm, just had a ringing endorsement for the foo from a mate on Whatsapp.

I looked at hoses a month or so ago and was put off the collapsable ones by loads of poor reviews of perishing and leaks within two years.

In the end went for one of these 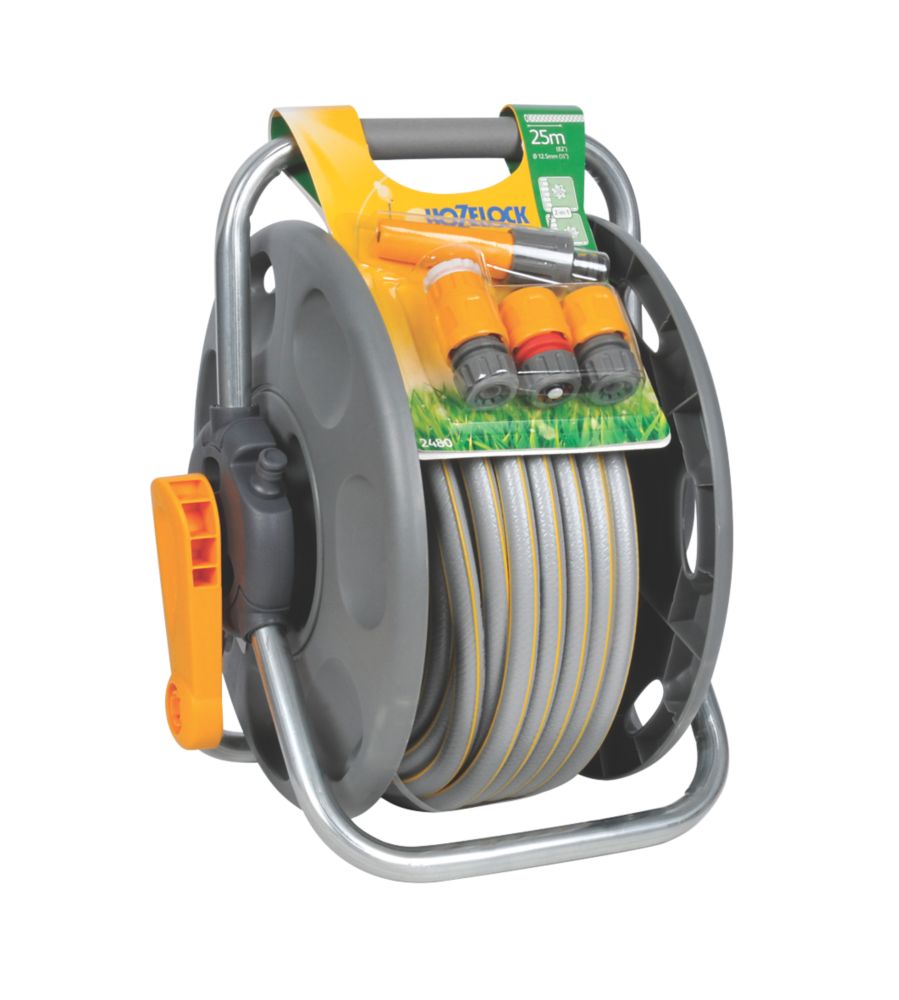 My mum has had 2 of the collapsible Hozelock hoses, both failed after 2 or 3 years. They’re a similar construction to those in your picture, rubber tube inside a nylon sheath, so I wouldn’t be surprised if they went the same way.

Gardenia traditional style on a reel at my house however has lasted getting on for 20 years.

Watching with faint interest as I recently had to buy 40m worth of hose for watering the veg patch from the garage tap, and saw this stuff and thought balls to that let someone else be the guinea pig

I bottled it and bought a standard hose on a reel.

That one kev linked, had one for years, wall mounted, no problems.

I had one at my last place, didn’t bring it with me although I wish I had!

Quality fittings and they don’t kink! Probably get one for here soon

I read too many bad stories about this type of light flexi stuff leaking
and so I went for stainless steel stuff - Had it a year now and it’s been really good and it just doesn’t kink. The bore is a little smaller than some other types but I have added two hoses together to make a 75 ft length still gave plenty of output for quick filling buckets.

My mum has had 2 of the collapsible Hozelock hoses, both failed after 2 or 3 years

my dad reports exactly the same

I’ve known 2 people who had flexible hoses. They both failed very quickly. When one complained the shop owner said he had stopped selling them as they failed if they were regularly trodden on or drove over once. 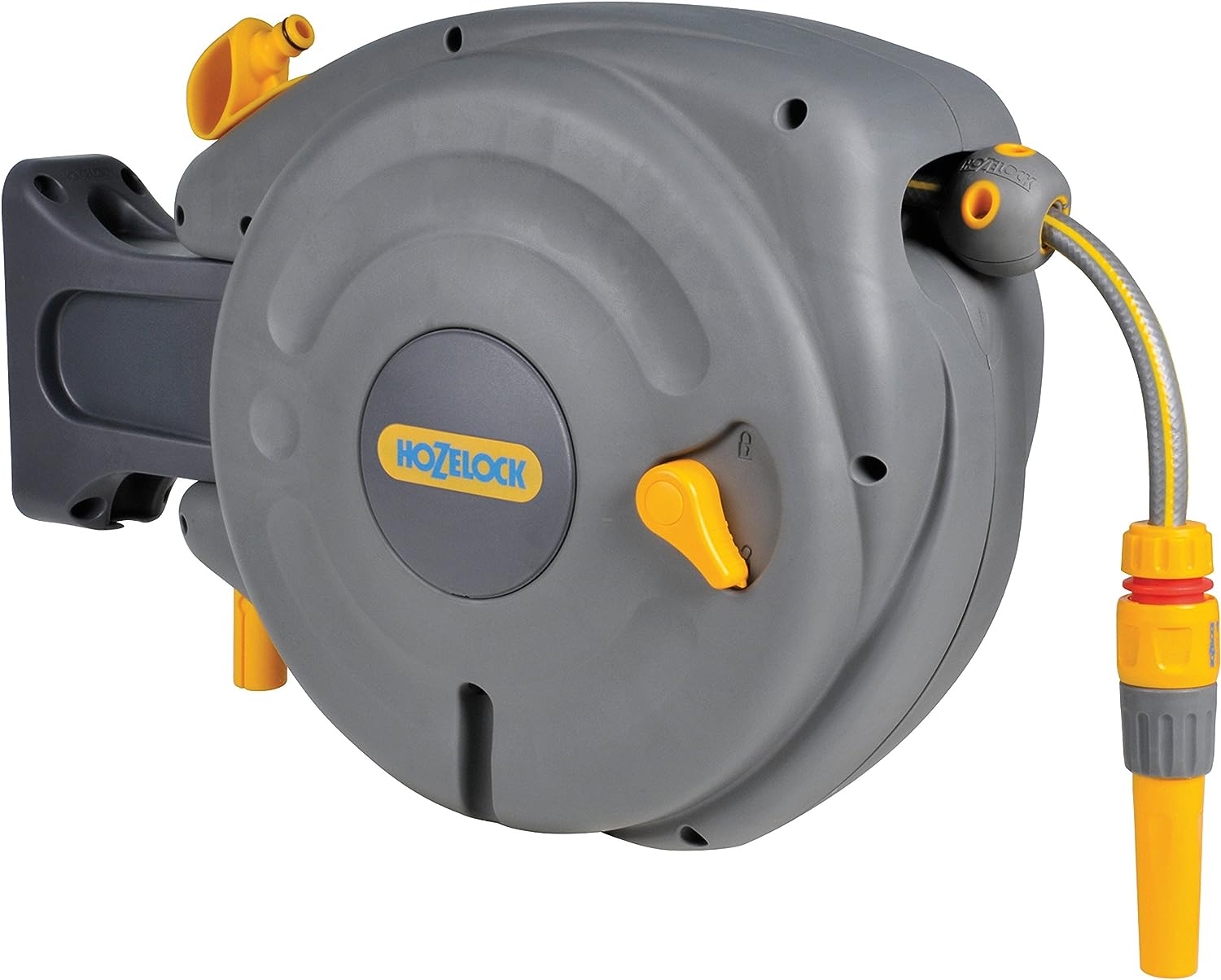 Size Name:10m  |  Pattern Name:Reel Product Description The Auto Reel smoothly and easily unwinds the hose enabling you to stop at any point to water. The reel’s mechanism automatically locks so that...

Hmm, just had a ringing endorsement for the foo from a mate on Whatsapp.

Mate on Whatsapp has had his 6 months

Got the same one as Kev when i moved in here 20 months ago.

Only issue was the plastic gun snapped when the bloke was mixing concrete for fence posts, replaced it with the metal version and it’s been fine.

Got the same one as Kev

Same here. Had it for 11 years without issue.

I have the “nano” (I think) version of the same one that everyone else has. But then again it’s just for a few pots.

Seems fine, and was gratis from a neighbour, which helps. 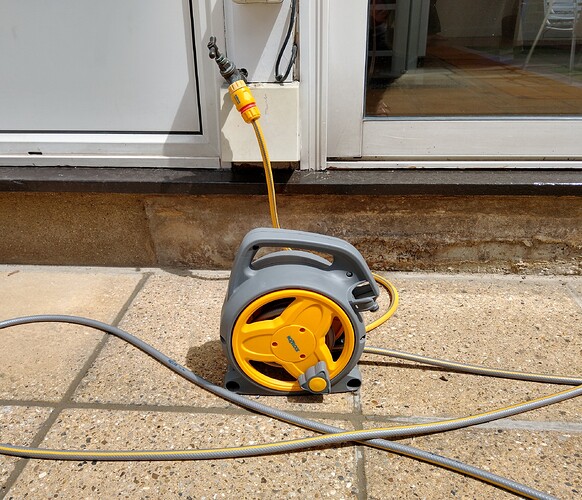 We had 2 in quick succession too; first failed in just under a year and the warranty replacement lasted a bit more than a year, by which time we’d had enough and went back to a conventional hose that has 6-7 years on it and is going fine…