Any skilled folk fancy it?

If you still want one when I build mine, Ill build 2

Unless you want the full monty home-knitted approach c/o SJS Audio, it’ll make sense if Edd and I co-operate to some extent, hopefully get some small-scale bulk buys done, plus I already have a metric fucktonne of some kinds of components.

I’m not personally looking to make any money, just not end-up out of pocket.

I do want to use some medium-tier foo and source good transformers, though not necessarily expensive E-framed stuff for all of it.

What I can’t do is devote much time in any consistent chunk, so it’ll likely take a while.

First step is getting the vendor’s PCB price down…

There was someone selling entirely empty pcbs but the faff & expense of gathering together the required bits makes buying a kit more sensible. Then look at changing the bits that might make a difference.

This is cheaper but might need a purchase of the psu caps.

This circuit Compatible with preamp and phono,it can control the phono part independently. -It is Diy Kit(Not include the tubes and Capacitor ). -Signal channel Using TRW and GOOD-ALL Bakelite coupling capacitance,gold-plated tube socket. | eBay!

I did also get some of these but I’m not convinced that they are sufficiently durable.

I’m using another arrangement of transformers now in mine but it might be worth getting a xformer producer such as Majestic to produce a run of 10 if a few people are going to have a go,

My new banner ad right there

@SJS Yeh, that came-out sarkier than I meant it to.

faff & expense of gathering together the required bits

Ye see my idea of faff is learning to design circuits and PCBs - populating PCBs is a piece of piss, and might give me a chance to use-up some of the “minimum-order-100” bits I have lying around.

Finding the right parts is a shitload easier nowadays, too, since the likes of Farnell and RS sorted-out their search algorithms.

How many bean cans could be used here ?

Yeh, this is where PCBs fall-down - y’need the home-knitted approach to cram those into a case.

And prolly a forklift 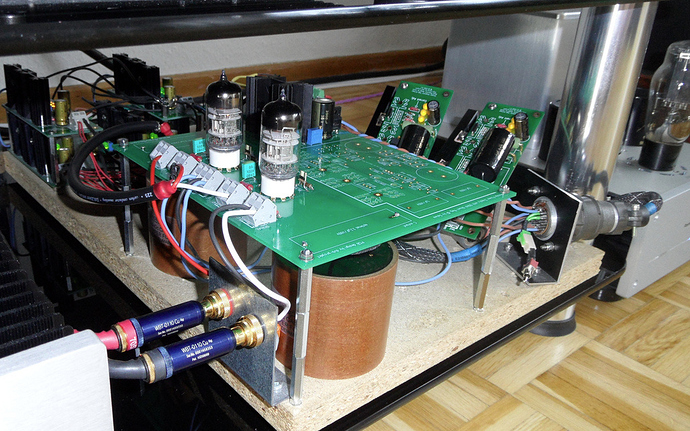 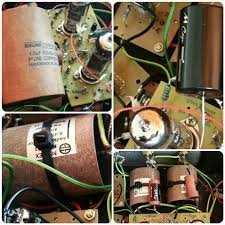 I’ll speak with Sam about remortgaging…

Anything can be gratuitously foo-ed, but I’m saving the big-budget stuff for the Schumann resonators…

If a bulk buy of bits and economies of scale make a difference I’d be up for one.

With a rough idea of final cost…

THis does increase the building time for those doing it, but drives prices down. It’s about the balance I suppose. Where too much work is too much compared to cost benefits.

To be clear, at present nothing happens if the vendors won’t sell PCBs at sensible prices.

I’m trying to get the PCBs so people can build their own, so before everyone jumps on the something-for-nothing bandwagon: complete amp builds will only happen if Edd and I can be arsed - we both have to earn a living etc.

If mods could split this into a “Kondo M77 Klone PCBs buy” thread, that would be sweet.

Agree.
I’d be up for the parts as a start. Who built would be a worry after. I’m not averse to doing my own as have some experience !
Scoping serious interest helps and then who knows!

When will mine be ready?

Majestic to produce a run of 10

Could I suggest alternatives?

Hammond from Philip at Bluebell Audio for off the shelf, or JMS Transformers for custom

Do they do silver?

I haven’t used Majestic in the last decade so can’t really comment on their efforts and I don’t know JMS.
Are they good?

Do they do silver?

that would be a first