Help!
I have downloaded a couple of albums, that I have tried to import to my streamer. No luck.
Emailed the designers of the streamer, with a download link, and they say the problem is the downloads have no metadata.
Suggested I download Mp3tag, which I have done. I have no idea what to add, or how to add it.
Any help appreciated.
I recognise the terms, but know nothing about, adding, changing, correcting, metadata.

If you did a full install of mp3tag on Windows, then it should add a right click context menu to explorer.

So what I do is use standard windows explorer to browse to the folder containing the audio files I want to tag, right click and choose mp3tag.

This will launch mp3tag and load up all the files in that folder that you wish to tag.

It takes a while to get used to mp3 tag but once you do it’s the best tagger.

Google is your friend. Try searching on something like ‘youtube mp3tag demo’. I’ve used it for years for getting the metadata/artwork right on my cd rips and FLAC downloads. As Mark says it is very easy to use. 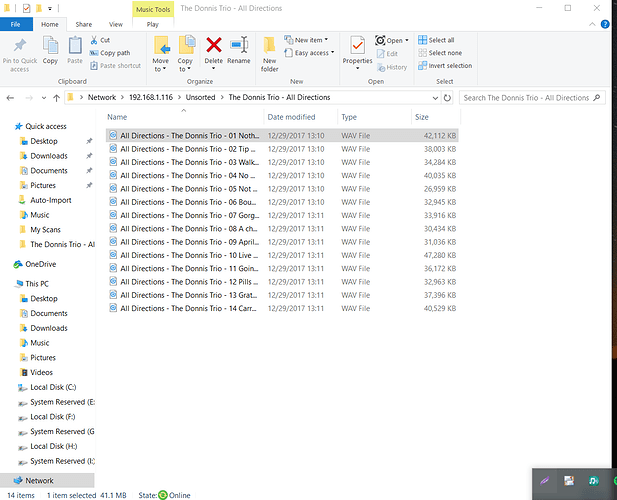 You’ll need to FLAC those files to attach metadata. Something like Trader’s Little Helper is the go. You can’t use MP3Tag to add metadata to WAVs IIRC.

I’m too drunk to comment coherently, but I believe that part of the problem might be that they’re wav files, which don’t have metadata. Convert to FLAC, then tag.

Also, from the screenshot, you are one folder too low. You browse to the folders containing the files, not files themselves. (Go up one level, right click the folder). 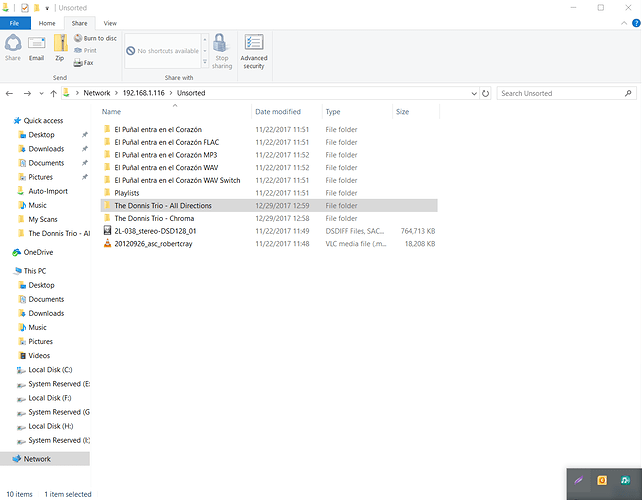 FLAC is like a container. You fold up the wav and put it and the metadata into the container. It is lossless and won’t affect the WAV at all.

Really don’t use wav. FLAC is exactly the same quality - it’s like zipping a computer file, it can be restored exactly. Don’t conflate it with lossy compression.

But FLAC also allows you to add the tags that mean you can have the artist, album, genre details etc embedded in the file. This means that you can, say, find your Beegees music easily, rather than searching through folders etc. You really want this, computer audio makes no sense otherwise.

If you turn off the option to rip to WAV and get the rip as a FLAC will the device download the metadata automatically?

For that matter, what is the ripper/streamer you are using @catcando ?

If you turn off the option to rip to WAV and get the rip as a FLAC will the device download the metadata automatically?

For that matter, what is the ripper/streamer you are using

The download is straight from the bands website, onto the computer. It comes as a WAV file.
The conversion to WAV, only takes place if I rip a CD, in the streamer. I can also choose to rip to FLAC. Both work fine.

I thought I had found a solution, but it doesn’t appear to have worked.

I use a Vortexbox which is fairly similar. IIRC the original Innuos machines ran Vortexbox software. If you want to attach metadata you will need to convert your WAV files to FLAC. The easiest utility to do this IMHO is traders little helper. I would also suggest you opt to rip your CDs to FLAC as (i) there is no loss of data (ii) the WAVs take up more space and (iii) metadata. As others have pointed out (iii) is the real reason for using FLAC. Once you have your metadata sorted you are 90% of the way to painless streaming. There are claims that WAV sounds better, and you can set up some servers to transcode on the fly, but I couldn’t detect any difference whatsoever between FLAC and WAV with my tin ears, so I use FLAC because of (i) - (iii) above.

If you’ve downloaded wav, just convert to flac using dbpoweramp, the FLAC front end or similar software. You may need to add the tags manually.

It is possible to use wav, if you have a very strict folder system: you store your files in the folder /genre/artist/album and they are named 01 - track.wav, say. You can have the artwork as an image called folder.jpg. it should work with most players.

You will still find that very limiting soon, but there are ways to batch convert everything to FLAC and add the correct tags when you decide to fix it!

Much as it pains me to point you to the other site, maybe google “Gyro’s back of a fag packet” for my take on why wav=bad, flac=good

And +1 for Adam’s advice of using dbPoweramp to do the quick and easy (and lossless) conversion.

Well, I have done it with Mp3Tag! It does work.
If I right click on the song, Mp3Tag is available as an option, and it opens up, with the necessary info, already filled in, click save; all done.
The other album didn’t work that way, as I had to fill in all the information, manually, but it did work.

Thanks for all the help and suggestions.
I do understand the debate about FLAC and WAV, but this allows for comparisons, at least.

What do you mean, “The sequence”?

When I look at the music in my music folder, everything is listed by album name, first.
I want everything to be listed by artist first.