Notes from a remote island

As some of you already know, we recently relocated to Fetlar and we both love it up here. But, I’m currently without a single record player! The entire hifi collection is boxed up and has no likelihood of seeing action until I get the music room up and running. So, as this is going to be a lengthy winter project, I thought I might share the experience, along with other musings.

I would expect, nay insist on crap advice, discouragement, piss taking and general AA bullshit to accompany me during the coming months in my (unlikely) attempt to get the first record spinning by the end of March 2017 (date taken from the rabski (patent pending) project calendar)

Excuse the shit photographs, but my camera batteries need charging, I’ll post better ones in future!

This is what the potential music room looks like now… 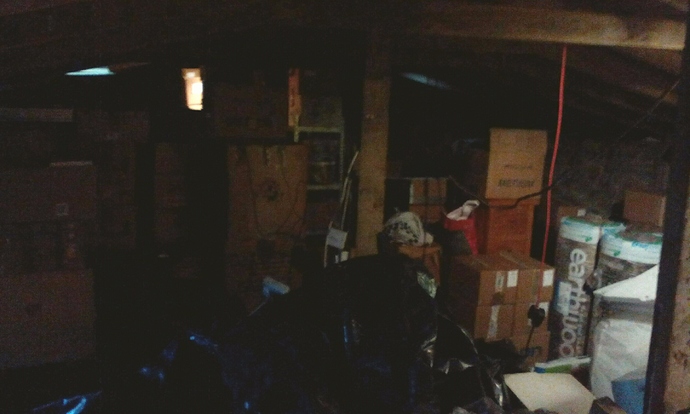 As you can see, there’s a fair bit to do! it is a former byre full of shit brought up here with us.

Before any progress could be made in the music room it was necessary to get the workshop sorted. This was formerly another old byre attached to the main house and, after putting a suspended plywood floor in there to take away the uneven mess that existed, I assembled my workbench and built another to take the various bits of machinery 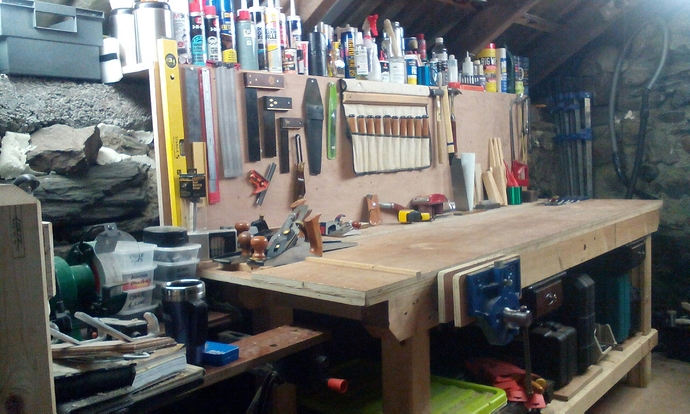 It’s a decent size and well lit, but as with any unheated outbuilding here, high humidity and salt laden air are a problem. Anything made of steel needs to be oiled after use, otherwise rust forms overnight. I am currently using an old fan heater in there as a temporary heat source, but it’s expensive to run so eventually I may install a multi fuel stove. 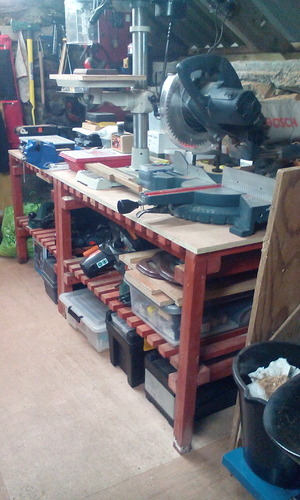 Building materials for the project are available from various suppliers based in Lerwick and delivery can be arranged given a few days notice. I did bring a reasonable supply of timber from home to get started, but that is already depleting rapidly.

I have made a start by dividing off a small end section of the room to use as a storage area for provisions. Bulk buying is a necessity here as a trip to Lerwick (Tesco, Co-op ‘n’ stuff) is a 110 mile round trip involving 2 ferries each way, so once a month is quite enough, thankyouverymuch! 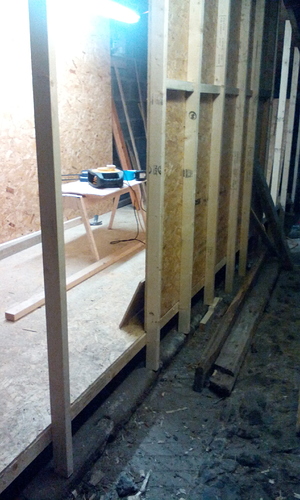 It is just 3x2 CLS lined with OSB (Sterling board) and a suspended floor. I’ll be making some shelving to go around the perimeter. Insulation is 6" Earthwool.

Did wonder why that 56 mile trip takes 3 hours each way.

Is a small boat of your own, to bypass the ferries, a realistic prospect or is it that the numbers don’t work out e.g. the boat’s fuel cost would not be justified for just a few bits and pieces and a month’s shop would be too big to get down to the water in Lerwick and/or too much stuff to shift in a small boat ? (In case you hadn’t guessed I live about as far as you can get from the sea and know absolutely 0 about boats.)

I expect the rough water might also make it even less fuel efficient.

Yes, but it has a lot of potential

Well, put it this way, there are several boat owners on the island and not a single one ever uses them to go to Lerwick. Besides which, in the winter, you definitely would NOT want to be at sea in anything less than a substantial ferry😊 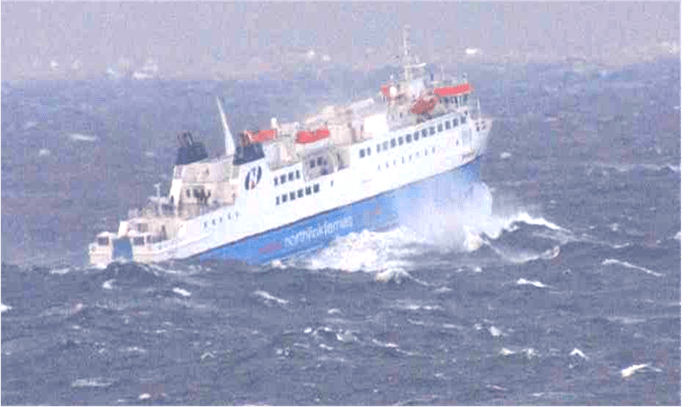 And that’s the big ferry from Aberdeen!

Get a speed boat,getting washers and screws will be fun;

I’m looking forward to following this thread. And best wishes for all your projects - I hope the music room is all you deserve after all the other graft

Is the plan to make a new room and reassemble your current hifi?

How big is the room Paul?

Is there a large horns plan?

Paul - you are living my dream by relocating to somewhere wild and remote like this so I am really looking forward to following this thread with a view to doing something similar in the next decade or so.

Give enough notice for the bake off and we’ll see if we can do an epic road trip!

If I set off now I would be there by 18:40 per Google maps although I suspect my lunch would not be.

Which also suggests I could walk it in eight days