On the hunt for new speakers

I think I’ve got enough power in the Alephs to be flexible but looking for something like the sound of the Snell K’s which go deeper as they are lacking in the bass.

Any other suggestions to look at?

Snell K’s with a sub.

I always quite liked the UK built Tannoy 15" Glenair. The audio physics are meh.

There was a nice pair of Heco Statements on PFM.

What about some Avalons?

What about some Avalons?

Really, really good speakers in general and a bit of a snip for that price unless they’ve been thrashed.

When I bought my Magicos, the Avalon Eidolon Diamonds were the other possibility.

Really, really good speakers in general and a bit of a snip for that price unless they’ve been thrashed.

Lotus HiFi have a more expensive pair, if you want another source.

Lotus HiFi have a more expensive pair, if you want another source.

Ugly as fuck but well under budget I bet these sound superb and will have serious bass. Basically the same as Nicks (and my brother in laws) but in a cheaper box.
Loads of reviews online.

Though maybe better with the Modwright than the Alephs.

Shame, you just missed out on a pair of Avantgarde horns

Were they in budget?

Nice, but where would you balance the: 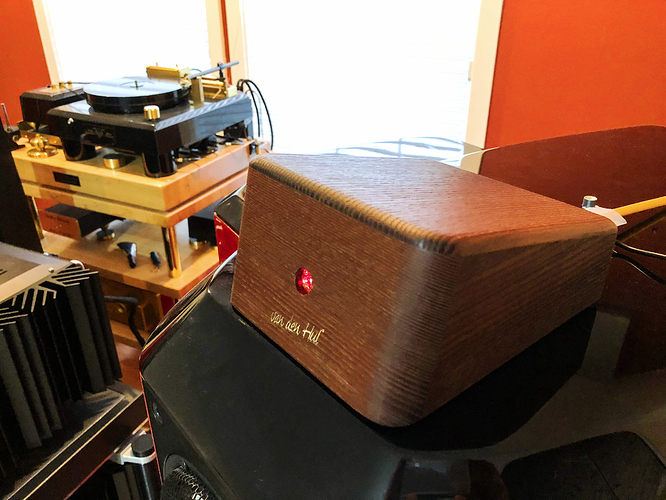 There are a pair of Ascendo C7 Speakers for sale on Audiomarkt for €1800 just over a year old. Bass down to 28hz. Based in Switzerland though.

The Ascendants are diddy little things so a bit bass-light, and like all Avalons, rather “hifi” sounding. Do win at WAF looks though.