How about this for a proud dad moment? 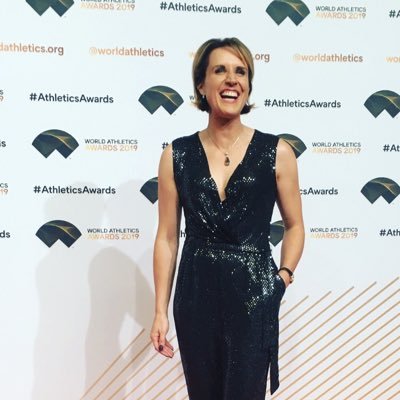 @KatharineMerry
Jake Wightman has become the World 1500m champion. Geoff calling his son becoming a World Champion is priceless. Helene, part of our team, filmed Dad. I sat with Mum Susan..then could not wait to give my mate a hug. Beyond proud. ❤️@JakeSWightman @WightmanGeoff @SusanWightman6 https://t.co/8I8IT6ntwb
5 Likes
mickbald 22 July 2022 18:02 #868

Last night went to an Amateur Dramatic musical, Chess, in which our daughter-in-law played the estranged wife of the Russian chess player.

The back screen showed pre recorded videos to fill the story in, including them with their kids.

And there was our granddaughters Clara and Audrey. Complete surprise, really lovely to see.
Jan blubbering.

He’s also off to Austria tomorrow morning for a week with the South East Derbyshire Music Centre with his Tuba.
It’s the first time he’s been abroad, and we are over the moon for him! 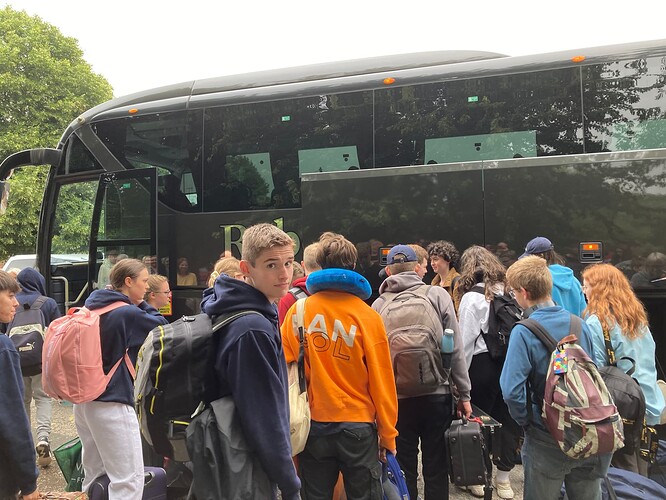 One of the performances.

Sam’s been in Austria the past week and he’s brought back this thoughtful present for me. 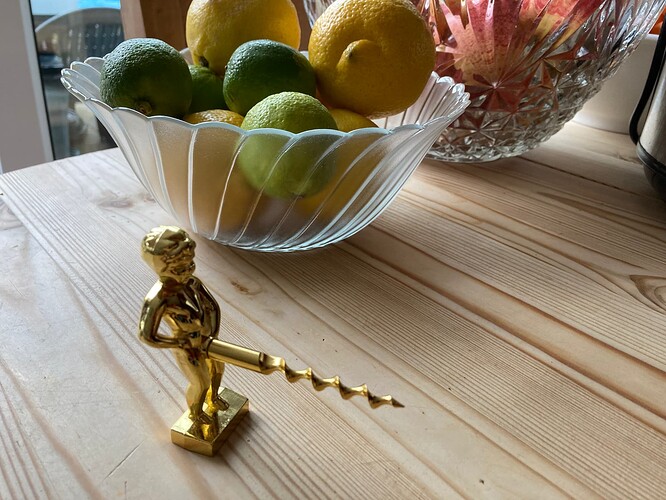 Mature student SiL #2 worked bloody hard, and got a thoroughly deserved A in A level English literature.

Niece #1 didn’t flunk everything like she thought she had, two As and two Cs which is plenty to secure the place she really wants - archaeology at Exeter including a year practical, probably in Italy.

I’m not sure how that could have worked out better.

Over-protective BiL currently raging because Exeter. He was pushing for, err, London, or Oxford at a real push

Forgot to mention, niece #1 currently out with boyfriend for a celebratory bop at Fabric.

My daughter received an A in Sociology, B’s in Psychology and Geography plus a C in A/S Core Maths.
I’m chuffed and very relieved, particularly given the total slump in studying after she split up with her boyfriend in January…
I seriously thought that she might have fucked up, really glad to be completely wrong.

I know someone doing that, I think he’s about to start his third year. We should link them up and see just how much we could embarrass them.

Over-protective BiL currently raging because Exeter. He was pushing for, err, London, or Oxford at a real push

Exeter is a good place. He shouldn’t underestimate it. I can’t speak first-hand about archaeology there, but a little while back, when I was in closer touch, physics and law both punched well above their weight.

Arch at Exeter was very good when I was there about 15 years ago. I was reading maths rather than Arch, but we shared the same building, because of reasons.

Indeed, but, but, letting go of his girls.

Yes, Exeter is good. My ex-GF did her first degree at Oxford and her PhD (both Chemistry) at Exeter. Exeter was a good department and it was a LOT cheaper to rent a flat than Oxford.

I went to Exeter for an open day 25ish year ago. Cardiac hill put me off.

my lad has got 3 distinctions for his BTEC art. Sets him up well for a third year

FoL recently started a new job as a mental health duty manager which was a bit of a risk as it is a new role and the Trust/ service she’s joining is under pressure for poor performance and a culture which has been identified as problematic.

She’s had some early teething problems going in as a lot of what goes on doesn’t make sense to her and senior clinical leads have used their own perceived rank to try to diminish her influence and rubbish the role that she’s stepped into.

Well yesterday she managed to get the critics and management in a room face to face where she spelt out the three biggest problems that they had all complained about to her, and promptly followed this with thought through solutions to each of them which were immediately agreed and she was placed as the project lead for delivering them with backing from the director and consultant clinical lead. Her solution to the ridiculous and outlying waiting times was pure genius and shut them all up!

It was gutsy to walk away from a better paid clinical role to take on this shit show so I’m especially pleased that she’s got to grips with it so quickly.

Day of Reckoning for child 2 with GCSE results.

The boy did good, 1 grade 9, 5 grade 8, 3 grade 7 and 1 grade 6. Really proud of him after the shitty last couple of years he has had to endure with months of home study.

Same here
Daughter passed them all and nailed her English to do a-levels. Really proud of her as she had to work really hard

SiL predicted that it would be difficult to get information out of notoriously uncommunicative niece #2, and thus it has proved