Quick one from the dork to the techies

I’ve always used the MM switch on my phono (at least I think it’s on MM it’s so badly labelled, switch out), because I have the step up transformer going into it. Checking the specs of the HM3 here:

I’m wondering if my massive gain on phono stage is caused by me having the cart (4ohm output) being bumped up too much. (40x)

You’d think the EAR phono and integrated would work well together but the gain is ridiculous I can barely get to 9 o clock or ten at a push. I’ve ordered some -15db rothwells and even on my Quad CDP2 I have a -12db phono on it as it has a pretty healthy output.

Any ideas? All this going up and down to get the right levels is hilarious, and I’m unsure if it’s sounding it’s best because of various settings.

Essentially cart output times ratio should be around 4-5 mV.

Does it sound balanced on the x20 setting. If so thats what I would go with and set the gain on your Quad as low as it will go.

I have a Transfiguration Temper V into a Cinemag Blue which I use on its lowest setting without issue.

HM3 and 1131 are very similar and both offer x20 and x40 and unlike some cartridges the Transfiguration doesn’t appear to change tonal balance a great deal with a different load.

When I got the SUT which was a valvebloke DIY, it came with the following info: 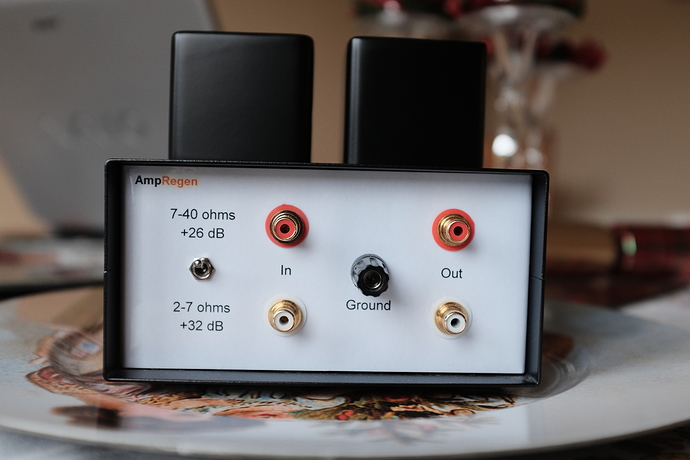 You guys think I should keep the phono stage on MM and set the SUT to 20x then? Seems weird

Yep. MC plus SUT is equivalent to MM.

Yep. MC plus SUT is equivalent to MM.

Don’t you mean MM plus SUT is equivalent to MC?

Talking in output levels, MC cartridge plus SUT has equivalent output to MM so should go into the MM input.

I should keep the phono stage on MM and set the SUT to 20x then?

So it doesn’t matter the sut is technically on the wrong setting I guess? I could always just flog it and go direct. Meh

Sell it and buy a squeezebox

Bloody vinyl! Although I did just have a few spins after rebuilding my whole TT and it sounds great, albeit loud.

Will do,are you in Exeter or exmouth?

Exeter not far from either station

If it’s between Central and St Davids then that’s very close to where we used to live.

Near where some 80yr old got Merced a couple weeks back like 300m away!

It is! Yeah not st Thomas