This is more an FYI for others having issues with very poor broadband as I’ve found that 4G is a very good alternative.

I’ve recently moved but my new area has no Virgin Media and the vast majority of companies will not offer an ADSL service and those that do will only offer up to 5MB with 1MB guaranteed.

I’m now using a 4G router with an external antenna and get around 45MB down and 10MB up, I’m still in a dead zone between two cell towers so the power level is very low. Some people are reporting well over 100MB download speeds with 4G broadband where the signal is strong.

If anyone else is having issues I’d recommend the following:

4G router - I’m using the Huwaei B525 (300 Mbps) I’m getting around double the bandwidth with this over the one EE supplied.

Poynting 4G-XPOL-A0001 - external antenna (wall mounted about 5 metres high) this is an omni directional antenna as I’m stuck between two masts equal distances apart but if you know where your mast is Poynting also make a directional one you can use instead.

If you go with one of the mobile broadband packages from a carrier you are likely to have a download limit package, I originally got an EE 100GB package which came with a rebadged Alcatel router. After a bit of research I found that you get a 3rd party router and most carriers will offer unlimited data SIM only plans. Most will give you a 14 day cancellation period so you can test and return if it doesn’t work very well.

Try and work out where your closest cell tower is by using the Speedtest app on your phone at different locations around the house. There is also a (fairly) good site that shows all the cell tower locations:

PS - get to fuck with your TL;DR

Buys house in rural area and then moans about broadband

It’s far from rural, it’s about 2 miles from my old house in a 3,000 house development and they are currently building another 3,500 (Whiteley)

The rural comment was for anyone living in rural areas, I have shit broadband because it is massively over subscribed and BT are too tight to put any new kit in.

In which case forgive me I adopted the proper approach of tl;dr and just responded to the title in deliberate ignorance of what you wrote. I’m sure you can relate to that

you’re just too much of a cunt 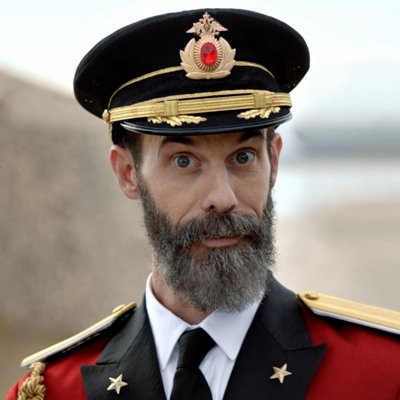 4 years ago a solar farm was built a couple of miles up the road. In a deal to allow the developers to lay their cables (fnar fnar) though our village, the parish council got them to lay fibre and pay for connection to the nearby exchange. We now have very fast BB in a rural location.

When I worked for the Coastguard there was/is a project to replace all the copper cables to the coastal radio masts. It’s a £200 million project to run fibre to them all, the team approached the rural broadband teams in the county councils to see if they wanted to piggyback the work and use the fibre for local broadband as there is 100% coverage of the UK coastline.

What a bunch of clusterfucks they are, pretty much every one was clueless as to what is required and made some very bizarre demands like the Coastguard put in and pay for microwave links to local villages.

To date I don’t think one county council has taken up the offer.

Whiteley is a complete disaster - not even any mobile phone signal in most of it; certainly not at my mother’s house.

I’ve been using a 4G router for 18 months. Other than having a limited data allowance (100gb which sounds a lot but really isn’t) as unlmited deals didn’t become available until more recently, I’ve been consistently impressed with the performance from Three, save for when they’ve been fucking about with the masts for 5G upgrades where- fair play to them- they halved my bill.

I’m going back to ornery broadband in the new house as the speeds are fine and it’s a little cheaper but 4/5G is going to help a load of people.

BT have a broadband monopoly in my very small village and no other providers are able to supply BB.
Landline daytime phone calls are stupidly expensive and are to be avoided. For these reasons I would prefer not to be with BT. Currently our speed are 34 and 10 so out looks like 4G could replicate that and if I understand things correctly reduce the monthly charge.

We do have a reasonable mobile signal with three so may well plump for 4G when our current contract is over. Especially if the price we pay gets increased by BT.

I get irritated with Gov initiatives to ensure remote hamlets get super-fast broadband at huge expense when in fact, the best solution is a 4/5G transmitter that can serve a large area. And indeed, help visitors.

Whiteley is a complete disaster

But on the plus side it does have a Five Guys. Tried it for the first time the other day, burgers are shite but the Cajun chips and milkshakes are knockout.

There are quite a few shops now but the traffic is a fucking nightmare.

I get irritated with Gov initiatives to ensure remote hamlets get super-fast broadband at huge expense when in fact, the best solution is a 4/5G transmitter that can serve a large area. And indeed, help visitors.

Oh, really? Do they need more transmitters than every five miles then, in rural areas?

Even so, a single cell covering a hamlet/village makes the best sense to me, given finite resources. Government subsidising that would be worthwhile.

GSM (2G, TDMA) was restricted to 30km or so from memory due to timing issues. For 3G your best case is a lot smaller.

For 4G/5G The cell sizes start getting really small. CDMA (which is used as the air interface from 3G onwards) is a bit weird in that effective cell size also depends on the level of traffic.

Single cell is unlike to be enough. For 5G they’re taking about mounting cells on lampposts.

Interesting. I knew that lampposts were being considered for WiFi a few years ago; a technology more designed for rapid cell switching would make a lot more sense. A lot of councils PFI’d their streetlights years ago, I wonder if that will make it terribly complicated.

What you really need is low frequency stuff like the original NMT450 that used to operate at 450MHz. They used it for exactly that in Scandinavia - covering large rural areas.

But NMT was analogue (it evolved into the American AMPS and UK/Europe/Asia TACS systems which operated in the 8-900MHz band) and was replaced by GSM.

I used to work on this stuff way back in the day.

What you really need is low frequency stuff like the original NMT450 that used to operate at 450MHz. They used it for exactly that in Scandinavia - covering large rural areas.

This put me in mind of ‘Drive’, one of my favourite X-Files episodes.