My NAS, a Synology DS118, has developed a mechanical fault that no amount of cleaning can shift, so I guess it’s time to replace it before it dies completely.

I’m a long-time Synology user, I understand the facilities and interface, and replacement would hopefully just consist of restoring a backup. The available Synology replacements appear to be, err, a DS118 or a DS120j and to me there’s very little visible difference.

Before I just go and order another DS118 does anyone have an alternative suggestion, or indeed opinion.

I did buy a synology a little while ago but couldn’t get on with it, I’ll have a look around to see if I’ve still got it.

Currently using a QNAP TS473a with 64GB RAM as I’m playing around with Docker and it’s a great bit of kit.

I should have said, all I use it for is to serve multiple SMB shares and a UPnP server for music. My needs aren’t complex.

(it’s debian based so you can install minidlna)

TrueNAS is the World’s #1 Open Source Storage. Based on OpenZFS, it is trusted by millions and deployed worldwide.

Raspberry Pi, lots of bodging and endless not quite working. < /Adam>

Raspberry Pi, lots of bodging and endless not quite working. < /Adam>

There is that, although Openmediavault has pretty much just worked since I slung a Pi4 together

Yes, but you’re not Adam so probably haven’t made it needlessly complicated.

My Pi just works tbh, now it’s connected to the NAS. It wasn’t a great NAS on its own though, connected to an external HDD. Now it runs minidlna, Squeezebox server and a few other bits, and uptime is since the last power cut in spring.

I have the very same nas, its now 9 yrs old.
I am thinking about changing the HDD as a precaution, it is backed up but I dont want to have to do it in a rush.

@Gyroscope
What has failed in the nas? The fan?

64GB RAM as I’m playing around with Docker

So just a single Docker instance at a time then?

haha no, seems to be quite good. Currently running roon, adguard, Postgres DB and tooljet at the same time.

I use a Synology 215j which is simply used as network storage for music and dvd. It has been fab. I understand the j models are aimed more at consumers but for my needs the 215j has been great. That said, with the most recent “upgrade” to DSM (now DSM 7) Synology have withdrawn the audio out via usb so it is no longer possible to feed the usb into a DAC. That may or may not matter to you but if it does you might want to look elsewhere.

Having the 2 bay populated with 2 HDDs and set up to be clones of each other makes backing up what is on the HDD a breeze.

What has failed in the nas? The fan?

It fails at start up, then gets going (and the alarm stops) after a few minutes uptime.

Fan should be easy to change. Might even just be a plug in one.

Yes, but then there’s no excuse to upgrade.

Quite nice that Box have got the 6-bay version of that for the same price as the 4-bay at the moment. 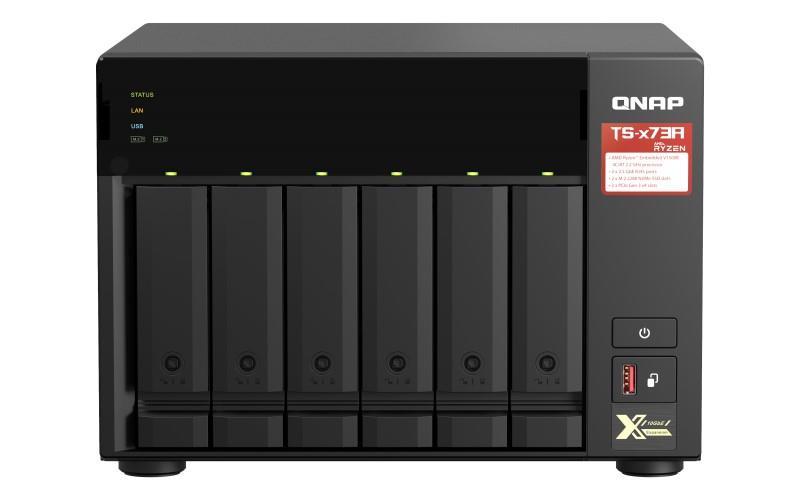 So the fan crapped out yet again this morning.

Hence by this evening I was about to press the “buy” button on a straight replacement DS118 on box.co.uk and wondered how much free space I have - would it be sensible to get a slightly bigger drive?

Hahaha, the whole unit is in a “warning” state - abnormal power failure 11am yesterday, run a file system analysis and back up your data NOW

Think I’m going to be buying a new one pronto.

It’s always worth getting more space than you need tbh. Might as well while you’re upgrading

Went for 4Tb. It was a negligible difference in price.